Social value: how to be good

When it comes to doing the right thing we all need a little nudge now and then. For construction firms bidding for public sector work, that nudge came five years ago in the form of the Social Value Act. Debika Ray reports on the impact of the legislation so far and positive forces for change in the future 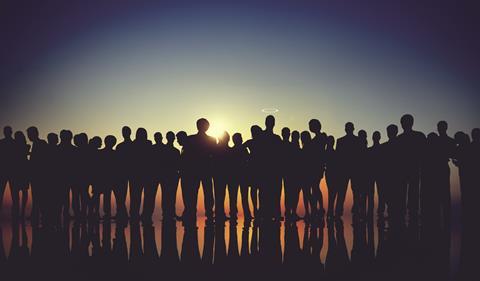 Although the notion of corporate social responsibility – CSR – has been embedded in the business world for decades, there’s little common consensus over what it actually means. Loosely defined, it’s the idea that businesses have an obligation to be conscious of their social impact and give something back to the community within which they operate – for example, by mitigating their environmental footprint or engaging in charitable projects. In other words: a duty to be good.

The concept itself has been criticised for its vagueness, its lack of specific aims and measures and its reliance on self-policing, as well as the danger of focusing on corporate image over social benefits. As a buzzword, CSR has gone out of fashion over the past 10 years, but a new idea has emerged to fill the gap: social value.

The term is no less vague, but it has the advantage that, in the UK at least, it has been formalised in a piece of legislation. The Public Services (Social Value Act) came into force on 2013, calling for everyone procuring public services to consider how the work they commission “might improve the economic, social and environmental wellbeing of the relevant area”, rather than simply looking at cost. It’s only a short document, but it enshrines social value into public policy, creating an obligation for private sector actors to consider a new criteria when bidding for government contracts. The hope is that this will eventually encourage change across the industry.

Construction is a major recipient of public spending and it is currently under scrutiny for prioritising cost over all else – the recent Hackitt review of the conditions that led to the fire at Grenfell Tower criticised the industry’s “race to the bottom” culture. So what impact has the Social Value Act had on how construction firms conduct themselves over the past five years or so, and could they do more to prove their worth to wider society? More importantly, perhaps, when will the spirit of the original legislation be fully embraced so that it becomes part of the industry’s DNA in the years to come?

In answering those questions, it’s worth considering what’s new about this latest wave of ethical awakening. On the face of it, “social value” sounds very much like a rebranded version of CSR, with all its pitfalls. Clearly, companies still know that appearing to be socially conscious will improve their image and make them more attractive companies to work for. But advocates for the concept of social value say there are key differences.

Social value, they say, is about broad, holistic and sustainable improvement rather than statement projects. Its emphasis on “value” roots it in the language of economics, giving it a sense of substance and measurability. And while CSR was often an add-on to a business’s core activities, which was managed by a separate department, social value is something to be considered by the whole business across all its work.

The act itself, however, does not provide a lot of clarity or detail. This vagueness, says Arup social value consultant Kelly Watson, is reinforcing a narrow notion of what the concept could be – for example, in the construction industry there is an overwhelming focus on the supply chain (apprenticeships, and inclusion and diversity, for example) at the expense of other important issues.

“We are trying to push the idea that we should be thinking of social value throughout the lifecycle of the building process – from investment decisions, to design and construction, to the impact of the build asset on its end users. If you’ve got an asset that’s going be around for 100 years, you have the opportunity to add value in the long term.”

On the other hand, the advantage of this looseness is that commissioning bodies are free to interpret it in a way that suits their local context. “We’re starting to see a more nuanced and targeted approach [to creating social value],” says Charlie Wigglesworth, deputy chief executive of Social Enterprise UK, pointing to the strategy in Halton near Liverpool: it’s an area that’s heavily reliant on the public sector for jobs, so contracts are aiming to encourage the use of local SMEs and social enterprises to boost these alternative sectors. 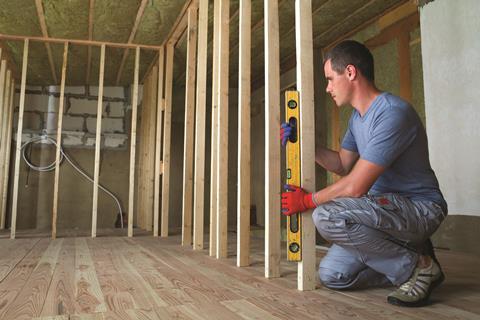 The fact the legislation has no real targets or criteria to measure and enforce it is also something of a problem (and is partly the result of it coming about as a private members’ bill, rather than a push by the government). The result is that the response from local authorities, housing associations and central government departments has been “patchy”, according to Wigglesworth. Some local authorities have resisted change, while others such as Croydon council have been on the front foot – it has put together a “Social Value Toolkit” to guide both commissioners and bidders.

Several national and regional frameworks have made social value a core component of their evaluation criteria. Wigglesworth says that in some cases up to 20% of the weighing in the selection criteria on a contract is being given to “social value” and that one engineering company has lost about 20 contracts over the past eight months for not having kept up. At the same time, he adds: “The government has been more of an interested observer to date, and there’s more it could be doing both in terms of strengthening the legislation and better central guidance – we want every public body to take this seriously.”

It’s a similar story in the industry itself. “A number of businesses see an opportunity but others don’t, or they see that there will always be enough clients who just want things to be done quickly or cheaply,” says Wigglesworth. He notes that the companies that are buying into the idea see social value as a way to stand out from competitors. “That’s exciting for us because it’s about the market rewarding people operating in the right way. Having big businesses as advocates for [the social value agenda] is helping us to drive the case for this and for the government to do more to support it and increase uptake locally.”

Social Enterprise UK’s Buy Social Corporate Challenge is part of this drive to push businesses to take a lead. Launched two years ago, the aim is to get a range of companies – that include Wates, Mace and Amey – to spend £1bn with social enterprises by 2020, (see Social return on investment, below, for details of Wates’ involvement). “We have 11 businesses, including ones in the construction sector, who are committed to looking at how they can maximise the money they spend through social enterprises,” says Wigglesworth. “Over the past two years, they have spent £45m through social enterprises, which have employed more than 300 people on the back of that – including people with disabilities, mental health [issues] and in long-term unemployment.”

Wates has been working with the New Economics Foundation to understand the social return on investment on two of its programmes: its policy of social enterprise procurement and Building Futures. “On the former we have shown that for every pound we invest in a social enterprise, there is a £1.77 additional social return – mainly because they employ people who may face barriers to employment, such as veterans, people with disability and ex-offenders – so there is better social value in getting them into work,” says group sustainability director Rachel Woolliscroft.

Meanwhile, Building Futures is a two-week accredited pre-employment programme that has been running for 11 years, providing the opportunity for people who are long-term unemployed or face barriers to employment, to retrain and enter the construction industry. For every pound invested there is £1.83 of additional social value created. While to some it may seem cynical to put a monetary sum on social good, it is numbers like these that companies recognise and that might ultimately create a shift in culture.

The organisation is gathering data to show that this helps businesses win contracts and grow, which is vital because, as Arup’s Watson says, “until we can include social value in the business case, it will always play second fiddle”. At present, the legislation doesn’t provide for a lot of specificity when it comes to measurement, but she argues such tools do exist. “In the charitable sector there are systems to capture and measure the impact of work – for example, the social return on investment. The idea is to quantify and place financial value on the impact – I think this ‘value’ language is quite powerful as it allows you to connect to a different audience.”

She highlights the importance of raising awareness among key decision-makers – the “gatekeepers that allow change” in companies and policy, by using case studies – producing these is major focus of the work of Arup’s social value team, which researches subjects such as flood infrastructure and nuclear decommissioning.

Rachel Woolliscroft, group sustainability director at Wates, which is a founding partner of the Buy Social Corporate Challenge, agrees on the importance of formal frameworks for objectively assessing and measuring social value, but also makes a slightly different point: “The biggest challenge is not around procurement – it’s how clients manage the contract to make sure the social value that was proposed is delivered.”

Ultimately, Wigglesworth, who works with such companies as Wates, Amey and Mace, and commissioning bodies such as HS2, NHS England and several housing associations, to offer advice on social value, points out that the construction industry is actually ahead of other industries when it comes to considering the importance of social value. “Culturally, things like local labour, section 106 and community development had been part of contract in construction before the Social Value Act in a way that they really hadn’t been in other areas.”

It is hoped that this is just the beginning for social value. Woolliscroft believes that in the aftermath of Carillion’s collapse, the greater focus on accessibility to contracts for SMEs will influence how and how much big businesses are obliged to work with smaller companies. “This will be a big shift, which will fall under the area of social value,” she says. She also anticipates that the existing Social Value Act will be updated to include all public procurement – not just services – as well as a more formalised, less subjective, framework for measurement, in the way that accounting standards today shape financial reporting. “With the way that the government is thinking about its impact on society post-Brexit,

I think they will look to strengthen the act,” she says. But it also comes down to cultural change. Woolliscroft explains that for a long time, Wates has considered that business can make a difference and that being a company that cares yields dividends. “We’ve recognised that business can be a force for good and the impact that a construction company can have on local communities – I also think it’s about our brand and reputation, being an attractive place to work and opportunities to strengthen and deepen relationships with customers.”

This feature on social value is part of our Building Your Future campaign, which marks 175 years of the magazine and looks at what the construction industry could be like in the future.

We are also celebrating this anniversary with a new category in our Building Awards: Building’s Good Employer Guide Award, to recognise forward-thinking employment initiatives.

Go to www.building-awards.com to find out more.