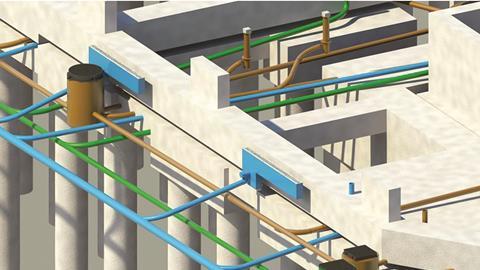 It’s no longer a question of whether you should adopt BIM, but how. So what are firms doing to persuade employees and supply chains to embrace the technology and get suitable training? Andy Pearson reports

You don’t have a choice, you’ve got to adopt BIM,” states Graeme Forbes, managing director of process and engineering at contractor Kier. Forbes’ attitude is typical of many in construction. Coerced by the government’s announcement in June that it will require three-dimensional Building Information Modelling (BIM) to be used on all of its projects by 2016, discussion in the industry has moved from whether or not to embrace it to how best to adopt BIM. Kier is trailing BIM in its different operating regions. “We’re feeling the way,” says Forbes.

BIM is a modelling tool that encompasses building geometry, spatial relationships, geographic information, and quantities and attributes of building components. The use of the tool extends far beyond design to address tasks such as cost management, project management and even asset management, which is one reason the government is so keen on its adoption. The ability to pull all this information together in one place and share it with the rest of the project team also means more collaborative ways of working. But people and organisations don’t like change so how do you get your workforce to embrace this new tool and, more importantly, how do you ensure you get the most benefit from your investment?

It’s about explaining to people that it is more fun working in 3D, that embracing BIM will be good for their career

Architect HOK has over five years’ experience of using BIM. It was adopted on a company-wide basis in April 2006 following a mandate from its chief executive Patrick MacLeamy that it was to be used on new work from that date. At the time the practice set what Andrew Barraclough, senior vice president at HOK, calls “a tipping point target” of 65% of technical staff working in BIM on a daily basis within two years. He admits this was “an ambitious target” and that most offices “didn’t quite get there”. Today, however, HOK has 750 staff working around the globe in a BIM environment with more than 90% of current projects delivered using the tool.
HOK relied on its design team to spearhead the BIM roll-out. “In early days we trained all the designers in BIM,” explains David Light, BIM manager for HOK London. “It worked well because they started to push BIM on their projects, which had a snowball effect in take-up across the practice”. 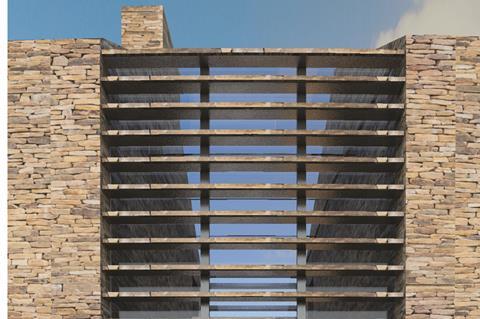 Engineering consultancy Mott MacDonald also started to dabble with BIM five years ago. At the time its adoption was on a project by project basis driven by individuals who could see its benefit to their particular scheme. However last year, led by its chairman Keith Howells, the firm decided to adopt BIM throughout the organisation. “We’ve embraced it as a way of working collaboratively,” explains Richard Shennan, Mott MacDonald’s buildings director and the group’s BIM champion.

Rather than relying on the design team to sell BIM’s benefits, Mott MacDonald set out to get buy-in from individuals by extolling its benefits. “If your objective is to make BIM the preferred way of working across the organisation you have to address the way it affects everybody in that organisation as well as what’s in it for the client and the business,” Shennan says. “It’s about explaining to people that it is more fun working in 3D, that embracing BIM will be good for their career, it is faster (once you’ve got over the initial learning curve), and it is much more collaborative,” he adds.

There was some apprehension, however, that experienced engineers might fail to embrace BIM’s benefits. “We don’t want to exclude people by making them use it, but hopefully they’ll see the benefits and want to use it over time,” he says. To aid this process, Mott MacDonald has a strategy that involves matching senior engineers with young engineers and technicians in what Shennan calls “a BIM triangle”.

Another challenge of introducing BIM is that can start to blur job roles and responsibilities. Engineers, for example, often do calculations divorced from spatial and co-ordination issues, which have become the responsibility of CAD technicians. “You’re going to end up with a fuzzy edge between engineers and technicians because their skills will need to come together,” says Shennan.

While HOK and Mott MacDonald have embraced BIM, not everybody in construction is quite so enthusiastic. There have been media reports that only 20% of design consultants currently use BIM. It’s a concern to Keir’s Graeme Forbes. He says subcontractors and fabricators are “quite proficient” in BIM. “If anything is slowing down the industry take up of BIM it is consultants and in particular M&E consultants and some architects,” he says. As a result, he says Kier is being forced to take on more of the design work. “The consultants’ lack of action means we’re increasingly bringing more design work in-house,” Forbes explains.

It is, perhaps, surprising that consultants have been slow to adopt the tool because those that have taken the leap appear to be happy to share their knowledge to help others. HOK, for example, has developed a BIM strategy document: “On projects where the design team are not using BIM we offer to assist and share experiences to help them adopt it,” says David Light. 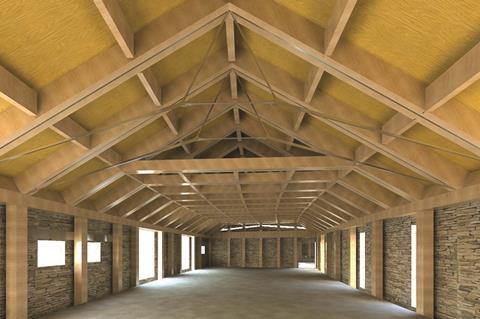 When it comes to introducing staff to the BIM environment, a common approach involves sending them on a BIM provider’s training course. When it started to roll out BIM, HOK used to send all design staff for training in the use of Revit software. “The idea was good in principal but if designers don’t have a Revit-based project to come back to after training they tend to forget a lot of what they’ve been taught,” says Light. Training is now offered on a need-to-know basis. “If a project comes into the office, anyone who needs training is sent on a 3D Revit course to give them a basic understanding then, when they come back to the office, we really train them and show them what they need to do to get the job done,” he explains.

In addition to funding training, BIM also demands an investment in IT. “Hardware is cheap but people are expensive - you cannot afford to have people sat waiting for the kit to do its thing,” Light says. According to him you don’t need to spend a fortune on hardware. “A good quality workstation pumped up with RAM but with a run of the mill graphics card and average speed processor will suffice” he says. He recommends at least 24gb of RAM because BIM models do get quite large. However, with the shift to cloud computing the need to invest in hardware is becoming less of a hurdle.

Light’s advice for anybody looking to move into the world of 3D models is to get trained and start with a project where you’ve got an escape route if things start to get really tricky. “You’re not going to pick up a Zaha Hadid project and use BIM on it for the first time because the risk will be too high,” he says.

Steve Faulkner, an associate and BIM champion at structural and civil engineer Elliott Wood Partnership, recommends a cautious approach: “It’s a huge learning curve, it would be unwise to purchase Revit and be able to use it efficiently on the first project because it takes a while to get used to the tool,” he says. Elliott Wood first started by using Revit on its easier projects. “Once we’d been using it for a while, we found that we were producing drawings quicker than before and in addition we had the benefit the model gave to us,” says Faulkner.

One of the biggest challenges in adopting BIM is that design decisions often need to be made earlier in the design process. “You don’t need more resources to build the model; once this is done, the sections and detail drawings progress much quicker,” Faulkner says. His advice for any business looking to embrace BIM is: “invest in it, practice with it, tell people you are using it and then the work will come”.