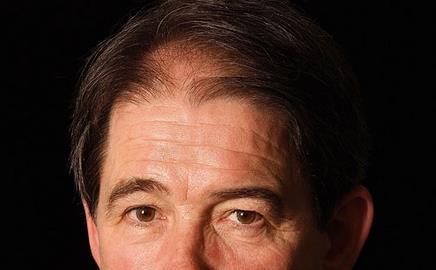 Making the news Sustainability needs to be a priority not a chore, says Sir Jonathon Porritt

“We get this in Whitehall as well – politicians saying that the UK contributes only 2% of global emissions and therefore we don’t have to worry about it,” says Porritt. “It’s a bad position, because instead of making citizens think about their lifestyle and carbon intensity, they’re letting them off the hook.”

It would be difficult to find a better qualified person to make such comments. A former chairman of the Green party and leader of Friends of the Earth, Porritt now heads the Sustainable Development Commission. He describes it as a “critical friend” of the government, advising it on environmental, social and economical sustainability.

Now, he’s being a critical friend to the Irish. The All-Island Infrastructure Investment Conference was held last week to discuss the ways in which the cross-border National Development Plan will plough ¤100bn (£68bn) into Ireland over the next 10 years.

As the event’s keynote speaker, Porritt is concerned that Ireland is spending ¤270m (£180m) on carbon credits in the international market rather than using the money to reduce its own emissions: “A rich nation can always buy its way out of changing policy,” he sighs. “A more inappropriate way of dealing with Ireland’s carbon emissions is hard to imagine.”

Things aren’t much better in Britain. Porritt was a keen environmental advocate of the 2012 Olympics bid, and played a crucial role in persuading the International Olympic Committee of London’s wish for “the greenest Games ever”.

However, he now says the Olympic Delivery Authority’s (ODA) sustainability plan falls short of achieving this. “I don’t believe it will actually deliver what we have set out to achieve, which is a benchmark of excellence in sustainable construction,” he says. “In many of the issues, particularly around percentage of renewables and energy efficiency, it won’t be doing much better than the rest of the country by 2012.”

He says the ODA is likely to sacrifice its sustainability commitments to deliver on time and on budget. The problem is that sustainability is seen as an added cost rather than a way to save money in the long term. “They are not thinking about techniques like whole-life costing – ways in which you recoup additional capital expenditure by virtue of the lower operating cost of a building over time.”

Porritt has flown to the conference for the day, but he is not going to accept the accusations of environmental negligence recently levelled at Prince Charles. “Obviously in the Sustainable Development Commission we offset the carbon we use when travelling,” he says. “But people have this out of proportion. All the focus is on aviation, and not on cars or ships. I’ve not heard anyone mention that shipping contributes the equivalent emissions to aviation.”

Michael O’Leary, the Ryanair boss, uses a similar argument when defending his airline. Porritt says that although his views are ordinarily opposed to those of O’Leary “almost by definition”, this time the Irishman has a point: “We need to be proportionate in the way we bring forward solutions to the aviation issue. We certainly don’t need to be saying anybody who flies is a wicked sinner.”