4
Success and the city: Making it in NYC
Focus

Success and the city: Making it in NYC 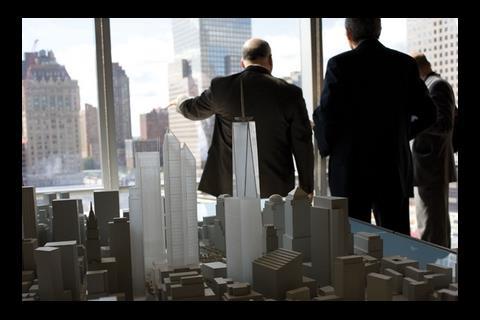 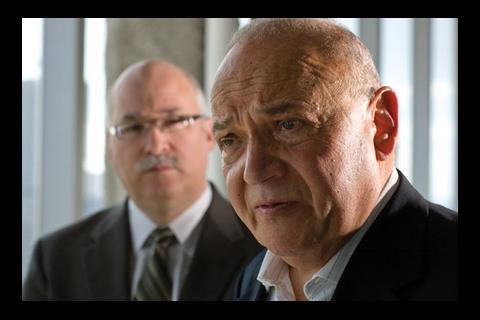 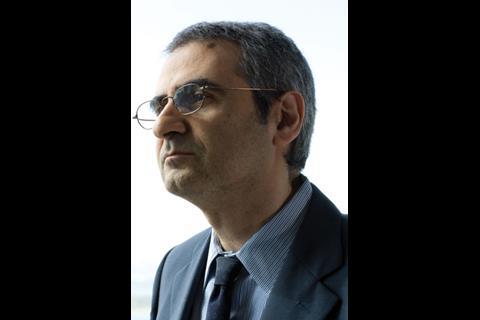 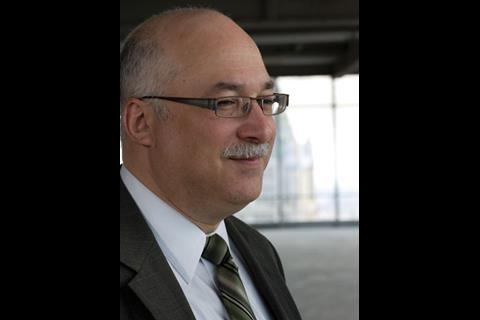 Fancy a shopping trip to New York? US companies are attractive acquisitions, but don’t think you can just wade in there and lay down the law. Emily Wright talks to WSP Cantor Seinuk about its very special Anglo-American relationship

Three men stand on the 52nd floor of a skyscraper, silhouetted against the Manhattan skyline. They are the chief executive, president and executive vice-president of engineer WSP Cantor Seinuk. Gazing out over the city, they point out tower after soaring tower of their past projects: the Bear Stearns building, the Trump World Tower, the Mandarin Oriental, the Time Warner Centre, not to mention 7 World Trade Centre, the skyscraper in which they are standing now. They can claim an astonishing number of New York’s most iconic buildings.

It is a portfolio that caught the attention of WSP’s chief executive, Chris Cole, back in 2000, when the UK engineer acquired Cantor Seinuk and fellow US firm Flack + Kurtz for $12m and $30m respectively. Fast forward eight years and, despite the US’ reputation for being a tough market to crack, the UK firm can claim to be one of the biggest structural engineers operating in New York, with a swath of projects on the World Trade Centre (WTC) site. So what’s the secret to WSP’s success?

Acquisition is the best way to move into the US, in Cole’s opinion, and is a path trodden by other UK firms (see below). “You need to go for a company with a well-known name and reputation,” says Cole. “But even then, many ventures shipwreck because they don’t really know how to work with Americans.” He advises: “Be light on the tiller. Americans don’t like Brits telling them what to do and charging in with changes. I waited five years before adding WSP to Cantor Seinuk’s name.”

Cole concedes that some areas of the US businesses needed bringing into line immediately, but that he balanced this by giving them more independence than any other global branch. “One size does not fit all. Some people need strong management. The US doesn’t. You need to know when to get involved, when to steer lightly and when to leave them to their own devices.”

The sign of a successful acquisition is often minimal management change and, nine years on, the original Cantor Seinuk team is still in place. Overleaf, WSP’s New York trio talk about their experience of being acquired by a UK firm and what they think it takes for Brits to achieve success in the Big Apple.

Silvian Marcus is the first of the WSP three to introduce himself, and is certainly not backwards in coming forwards. A world-renowned concrete engineer, Marcus joined Cantor Seinuk in 1972 and worked on the original 7 World Trade Centre tower back in 1984. He hardly stops to draw breath, chatting away in a heavy Romanian accent.

When it comes to WSP CS’s success, he is quick to cite his relationship with Ahmad Rahimian and Jeffrey Smilow (left) as a major contributing factor, both before and after the acquisition by WSP: “I met Ahmad in the early eighties on a job and offered him a position. Jeff joined a few years later and we have been working together since then.

Our real ‘brotherhood’ was cemented in 2005 when we took control of the company after it had been acquired by WSP. Since then it has grown 300% in terms of its volume of work and personnel.” He adds that there has been no quick fix to the group’s achievements, just “tedious hard work and dedication”.

Marcus adds that the group’s continued success after the acquisition has been a mixture of Cantor Seinuk’s past reputation and proving they can still deliver that now they have been acquired by another firm. And a British one at that.

Known worldwide as a tall buildings expert, Iranian Ahmad Rahimian was hand-picked to engineer the 1km-high Al Burj tower. The epitome of understated control, Rahimian is able to command respect with four or five carefully chosen words but he gets more talkative when asked about his line of work: “Engineering is a profession that not only requires mastery of mathematics and physics but care, patience and diligence while remaining fully dedicated to successful project completions,” he says.

Rahimian warns that breaking the New York market is always going to be difficult for British firms as he believes the city is the best in America for construction. So what did WSP do right? “WSP’s approach in entering the US was very professional,” he says. “They identified the best firms in the locale that fitted WSP’s global needs.” He adds that WSP successfully sold the benefits of the acquisition to Cantor Seinuk and has also, crucially, delivered as the company has growth and won key projects since being bought in 2000.

But like Cole, Marcus and Smilow, Rahimian points to his relationship with his partners as being another major factor in the success of Cantor Seinuk and WSP CS alike: “The three of us have been working together for almost three decades. In many respects we know each other better than our wives, so we try to assist and complement each other without any expectation of recognition. Plus, I think it helps that we are all comfortable in our skin and none of us have great egos. It works.”

Brooklyn-born vice president Jeffrey Smilow is typically old-school New York, from his accent through to his to-the-point attitude to business and conversation. For him, New York is the only place he would consider working: “The quantity and magnitude of the engineering work in New York surpasses any other city in America by a long way,” he says.

For him, WSP CS has worked well after the acquisition because Cole stood back and let the existing management continue operating with a very hands-on style, meeting clients and potential clients in person, going on site and checking the progress of their projects themselves.

But he adds that the one of the major challenges since the acquisition has been maintaining this level of involvement while being part of a global company. This has taken up extra time: “We enjoy being directly involved in the engineering and with the interaction with our clients. But we know there are numerous areas involving the wider management of the business since it has gone global which require significant attention from us too. The challenge is how to keep in touch with both.”

Sophie Griffiths speaks to three Brits working in the US and three Americans who have gone the other way to find out how they have made it work:

Where are you from? The New Forest and the Cotswolds
Where are you based now? Atlanta and Denver
How long have you been living in the US? 21 years
What cultural differences have you encountered? Never use the term “cowboy builders”. I made a young lady very angry in Las Vegas

Where are you from? Germany, but spent my professional life in London
Where are you based now? The Hearst Building in Midtown, Manhattan
How long have you been living in the US? Four years
Is it very different working in New York? Not really. We believe in a culture of doing and this resonates well in the US

Where are you from and where are you based? London, now New York
How long have you been living in the US? Since 1996
What’s better in the US? People are grumpier in the UK – they talk themselves into depression. There’s a much more positive outlook over here
What’s the US work ethic like? We only get two weeks off a year. There is also an expectation that you should still be contactable on holiday. It’s a problem if you want to go camping and there’s no reception!

Where are you from? Richland, Washington
Where are you based in the UK? Thurso, Scotland
How long have you been living in the UK? Just over two years
Have you noticed many cultural differences? In the US, people are usually very direct. People in the UK have a more reserved nature
What do you like most about the UK? That life is so varied within very short distances. I can go to urban areas for high society culture or out to the country for a local fair

Where are you from? Chicago
Where are you based in the UK? London
How long have you been living in the UK? Six years
Have you noticed many cultural differences? In architecture there is much more rigour and analysis over here and a much higher level of care
What do you miss most about the US? My football and basketball teams. But in a way it’s good because we watch much less TV than we did back home as there was always a game on

Where are you from in the US? Maine
Where are you based in the UK? Covent Garden, London
How long have you been living in the UK? Since February 2007
Is it different to working in the US? The variety of people you work with makes it a richer experience than in the US. I think our office has about 30-40 nationalities, so you may be working with consultants in Scotland, sitting next to an Italian and on a team with someone from Israel.