The new energy efficiency regulations for private rented property may have major repercussions for landlords. Here we examine the key changes made since last year’s public consultation

In February 2015, the Energy Efficiency (Private Rented Property) (England and Wales) Regulations were offered for parliamentary approval and on 26 March, in one of the last acts of this parliament, they were made law, as Statutory Instrument 2015:962.

The regulations are deceptively simple to describe in essence and seem relatively similar to those consulted on by the government in the summer of 2014. However, there are a few small changes in their design, which will have major repercussions for landlords.

This article describes the new regulations and looks in detail at some of the key changes made since the public consultation last summer.

02 / Overview of the new regulations

What do the regulations require?

The new MEES regulations make it unlawful to let (or sub-let) commercial buildings that have F or G-rated Energy Performance Certificates (EPC) until qualifying improvements have been made. Buildings that are still F or G rated after all qualifying improvements have been made can still be let, although, in some cases, rental or capital values might be compromised as a result of a lingering F or G rating.

Which buildings are affected?

Commercial buildings covered by the Energy Performance of Buildings Directive that have F or G rated Energy Performance Certificates are affected. Buildings that fall within the EPBD but do not yet have an EPC (because no transaction or letting event has taken place) will not fall within the scope of the MEES regulations until the building is first required to produce an EPC.

The regulations apply to a large number of properties. Approximately one in five certified buildings is currently below the new minimum standard.

When do MEES come into force?

MEES will be effective from 1 April 2018 for new lettings and for the renewal or extension of existing tenancies. After 1 April 2023 all other leased buildings will be affected provided they have an EPC and are within the scope of the EPBD.

What are the implications for affected buildings?

Landlords must improve the EPC to at least an E rating by undertaking improvements to energy efficiency that pay for themselves (including interest at the Bank of England base rate) in energy savings over a period of seven years.

Are there any exemptions?

Yes, several. Some are more likely to be used than others:
■ buildings not required to have an EPC under EPBD 2007
■ buildings let on tenancies of six months or less or 99 years or more
■ improvements that do not achieve a simple payback of seven years
■ improvements that are inappropriate for the fabric or structure
■ improvements that diminish capital values by more than 5%
■ improvements requiring consent from third parties (such as existing tenants and statutory authorities) where such consent is withheld or subject to conditions with which the landlord cannot reasonably comply.

Exemptions are only temporary and the grounds for exemption will need to be re-assessed every five years.

Importantly to note, there is no exemption on the grounds that the landlord is not in a position to raise the necessary finance to make the required improvements.

03 / Who will be affected by the regulations?

The regulations apply directly to landlords of non-domestic buildings and the obligation to comply with the regulations falls squarely on them. The regulations do not prevent the sale of buildings and do not affect the assignment of an existing lease. However, they do apply to sub-lettings (when a tenant becomes the landlord of a sub-tenant). This means that the implications of the new regulations will need to be carefully considered by occupiers who rent non-domestic properties and by owners who occupy their own premises, as it may affect both the cost of disposing of surplus accommodation and, perhaps, the ability to use property as security for business loans.

Owners and occupiers of buildings with A to E EPC ratings are not affected, but some existing EPC ratings are expected to change when properties are next re-certified (which has to happen every 10 years). It is also expected that the government will raise the minimum standard
at some as yet unknown future date. This means that landlords and tenants, investors and occupiers should consider the potential implications for E-rated buildings, even though - for now - they are not covered by the regulations. 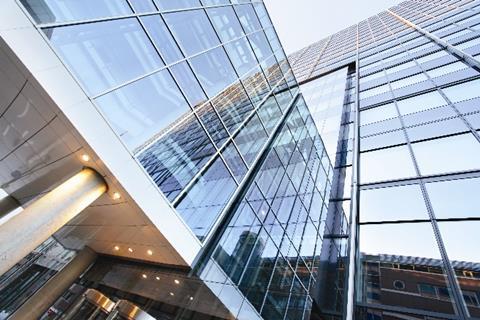 A landlord’s obligation to make improvements is limited to measures that improve the energy efficiency of the building that are “permissible”, “appropriate” and “cost effective”.

A key difference between earlier drafts of the regulations and their eventual reality is the detail of the cost effectiveness test. Previously it was intended that landlords would be obliged only to undertake works that could be funded by a non-domestic Green Deal. This was subject to the “Golden Rule”, which said that the cost of repaying a loan taken out to do the works should not exceed the projected energy cost saving. It was also conditional on the electricity bill payer - often the tenant - agreeing to make the repayments as part of their monthly electricity bill. Under this approach tenants, as the ultimate beneficiary of the savings, would contribute towards the cost and there would be no upfront cost to the landlord.

The problem with this approach is that there is no Green Deal finance available for non-domestic buildings and a second test has had to be included in the final regulations. This requires landlords to attempt to make any improvements where the amount of the projected energy cost saving is more than the cost of the work spread over a fixed period of seven years (including interest calculated at the Bank of England’s base rate). While fewer works will qualify as “cost effective” under this test, the implications are very different for landlords. For example, the obligation is on the landlord to find the money needed to make the improvements, and, without a Green Deal, the obligation is no longer conditional on the tenant’s agreement to repay some of the costs out of the energy saving. As it is not unlawful for tenants to occupy substandard buildings and the regulations stem from the landlord’s business of letting, it is now unlikely that tenants will contribute, even though they will be the beneficiaries of the resulting energy savings.

This changes the MEES regulations from the government’s stated attempt to address the split incentive in the real estate sector at no upfront cost to either landlords or their tenants to being a direct cost to landlords of F or G rated buildings. Table 1 below summarises the sorts of compliance costs that might be seen at office, retail and industrial properties based on the detailed modelling of 14 archetype buildings representing a variety of ages, conditions and specifications. In most cases, compliance costs are likely to be in the range of £1-£9 per ft2, which is not so worrying if you have a high-value London office, but potentially scary for a landlord of a large industrial unit in a secondary location. In practice, the qualifying works and their costs are likely to vary substantially with the specifics of an individual building.

06 / Is minimum compliance the right response?

Research for the Green Construction Board shows that there will be three types of property: “Category One” properties, where enough works will qualify to improve the EPC rating to the required minimum level; “Category Two” properties where some work will be required but, once completed, the EPC rating will still fall below the minimum standard; and “Category Three” properties, which will retain their F or G ratings because there are no works that qualify. It would be a mistake to assume that Category Two and Three properties will necessarily lose value because of their residual F or G rating. This will depend on a wide array of issues, many of which are market-driven and have little to do with energy efficiency, EPCs or MEES.

From a commercial point of view it may be sensible to do more than the minimum required by the regulations. For example, there are many improvements that will not pass the cost effectiveness test, as the resulting savings in energy costs are too small. Even so, it may still be worth undertaking these measures if the cost is relatively small as in many cases the cost may equate to only a few weeks’ rent. Here, improvements may be justified as an effective way of protecting investment value and liquidity.

Landlords should always explore whether it is worthwhile exceeding the minimum standard. This is because it is sometimes only marginally more expensive to improve an EPC rating to “D” than to “E” while the energy cost saving is disproportionately higher. It may make good financial and environmental sense to spend the extra money. This would “future-proof” properties against subsequent changes to the minimum standard and against the emergence of any market preference for better-rated buildings.

The regulations are to be enforced by local Trading Standards Officers. This is similar to the enforcement of the Energy Performance in Buildings Directive, but the penalties are much higher and it is for landlords to prove, if challenged, that they have complied. If they are unable to do so, a short time will be given in which to comply or a penalty will be imposed. Penalties for unlawfully renting out a property in contravention of the regulations are based on rateable values. The penalty will be between £5,000 and £50,000 for contraventions of up to three months, rising to between £10,000 and £150,000 for longer periods.

To claim an exemption, it is necessary to register on an online “Exemptions Register”, which will be audited by the Department of Energy and Climate Change and used to help local authorities to target enforcement activities. There is a fixed fine of £5,000 for providing false or misleading information on the Exemptions Register, which will be in addition to any fines for unlawfully letting properties.

Information on the Exemptions Register will be made publicly available and therefore open to the scrutiny of prospective purchasers and incoming tenants, together with valuers and lenders doing
due diligence.

In addition to the penalties, landlords found to have been in breach of the regulations will be “named and shamed” on a public register. 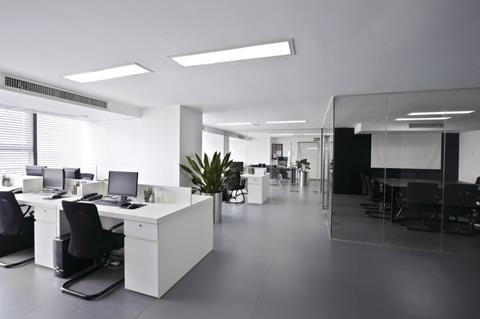 Not always. It is wrong to assume that all buildings with F and G-rated EPCs are now less valuable. Much will depend on the specific circumstances. Sometimes the relative cost of achieving compliance will become an issue, particularly where the cost is high and is not recoverable from the tenant. In other cases, properties will retain an F or G rating after qualifying work has been completed but there will be little effect on value either because better-rated buildings are scarce in that particular location or because the rental and capital value already reflect the fact that it is a relatively poor quality building.

There is no telling how the market will react to the regulations but, according to our analysis, a large number of buildings will require investment to improve their energy performance with the costs falling directly on the landlords of these properties. Landlords with significant numbers of large substandard buildings, particularly those let on relatively low rents and with high levels of borrowings may find that these new regulations make a sizeable impact on the returns from their portfolios because of the significant levels of unrecoverable costs they will have to incur.