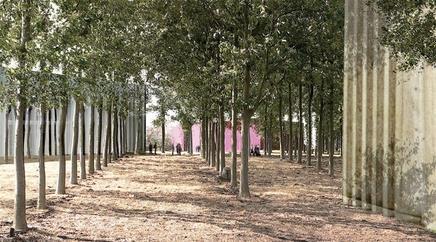 Billions of pounds worth of projects in the east of the Thames Gateway are staying on track despite the shortage of private funding. Here, one of the key players in the area explains how

‘Yes, the recession has affected us but we are not going to sit on our hands. We are changing the way we do things and we’re getting on it with it.” So says Mark Bradbury, deputy director of development at London Thames Gateway Development Corporation (LTGDC), the government agency with responsibility for two key areas in the east of the Thames Gateway: the Lower Lea Valley and London Riverside. LTGDC is running eight main projects in these areas, on which it will spend just under £2bn between 2008 and 2011. Its projects range from the upgrade of Stratford town centre, to a mixed-use development at Three Mills near Bromley-by-Bow tube station, to a conservation area in Rainham Marshes that will be the biggest new park in London for more than a century. But how is it keeping all this on track?

Well, in a variety of ways, it turns out. “We are reinventing the models that we had before the recession to make things happen without relying on the private sector as we have done in the past.”

We are not sitting on our hands. We are changing the way we do things and we’re getting on it with it

Previously, LTGDC was “heavily dependent” on the cycle of buying land and selling it to developers, making enough profit to buy more land, says Bradbury. With private funding scarce, now the corporation buys land, fully develops it and then sells it to the end user. “We now have to wait longer for our receipts because we have to wait for tenants to move in before we get anything, but we’re still moving forward,” says Bradbury.

One example of LTGDC’s new way of working is a business park it is creating for green technology companies, the London Sustainable Industries Park. The corporation owns the land and has appointed property group Goodmans not as developer but development manager. “Initially we wanted a 50-50 joint venture partner. But now we’ve assembled the land and brought in development expertise from the private sector but without transferring the risk of land ownership to them.”

LTGDC will commission construction of an £8m Institute of Sustainability on the site and will also put a £2-3m infrastructure works package out to tender in spring or summer next year. It has already appointed a design team for the institute led by Edward Cullinan Architects.

LTGDC is taking a different approach with the regeneration of Rainham. Bradbury says: “We originally planned to get a residential developer on board and we wanted them to build housing along with certain amenities, including a library and a bus stop to link the area to the nearest railway station.”

But that was the old model. Now, LTGDC is applying for planning permission for the site and is building a library, bus stop and some shops. The idea is to prepare the site for the time when residential developers start developing again. “They’ll be looking for the easiest locations to sell from and sites that offer value and have planning permission will be the ones they go for first.”

Bradbury’s palpable determination to keep LTGDC’s plans on track despite the recession is heartening for all those with a stake in the ongoing development of the Thames Gateway.

The forum provides commercial, networking and learning opportunities for the organisations that will deliver Europe’s largest regeneration project. For more details and to register, visit www.thamesgatewayforum.com.