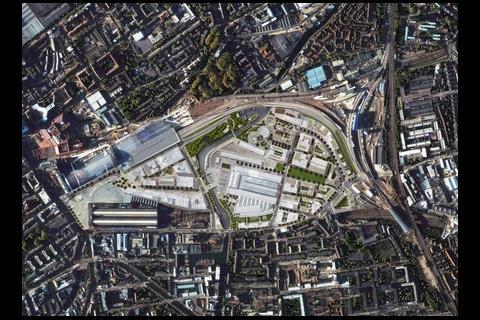 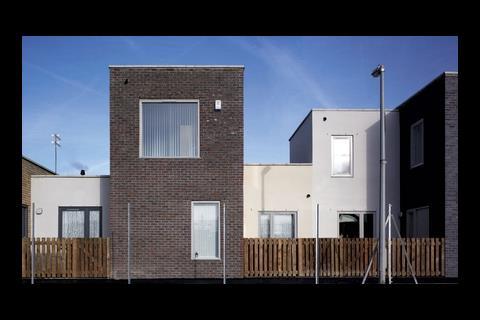 With coal and oil reserves running low, and the pressure on to reduce carbon emissions, you’d have thought the government would be eager to promote combined heat and power. So, why isn’t it? Alistair King reports, in the second article of a series on green energy

There is one fact that all eco-experts agree on: combined heat and power generators are a Good Thing. The reason is simple. A conventional power station burns fossil fuel to create heat, which is turned into mechanical and then electrical energy by a steam turbine. Typically, about 60% of the energy released by combustion is lost, mostly as waste heat. A further 10% of the electrical energy is lost in transmission.

CHP plants, by contrast, distribute the heat produced in the generating process as well as the electricity, and as they are usually part of a local energy network, little of the electrical energy is expended in transit. The result is that the latest CHP plants are about twice as efficient as a standard power station.
In Britain, about two-thirds of our energy needs are for heat. CHP plants can cut energy consumption because rather than the heat being lost, it is distributed to buildings. This means that 1GW of electrical power from CHP can save up to 1 million tonnes of carbon per year, compared with a conventional generator. Furthermore, CHP plants are safe, produce no hazardous waste, have minimal visual impact, and numerous types of electrical generator can be fitted with heat exchangers. Unlike solar and wind energy, it is not intermittent, and when fuelled by biomass, further reductions in carbon are possible.

The fact that the case for CHP is so clear-cut raises two puzzling questions. Why are so few in use in Britain? And why is the government doing so little to promote them?

The UK has a CHP capacity of 5.7GW, which is one of the lowest in Europe, per capita. The government claims there is the potential to increase this sixfold, but its 2010 target is for just 10GW, which some CHP experts think we will struggle to meet.

This is particularly surprising given that CHP fits so well with government policies such as zero carbon homes and the promotion of mixed-use developments.

CHP can be used for any buildings that need heat and electricity, but it is most efficient when incorporated into Britain’s increasing number of high-density, mixed-use developments. The variety of domestic and non-domestic buildings in round-the-clock use ensures a benign circle of supply and demand for electricity and heat, and the large institutional buildings that are often a part of these developments provide an electrical anchor load. CHP here takes the form of district heating, which means there is a shared local generator tied into a distribution network. Some heat is lost in transmission, so the shorter the pipe work, the better. With these mixed-use developments distribution runs can be kept to a minimum.

With Britain’s coal and oil reserves dwindling, the pressure is on to increase fuel efficiency. CHP plants that rely on hydrocarbons are seen by planners as “reduced carbon” generators. CHP systems can also be used to burn a biomass fuel, such as waste wood, in which case they are regarded as a renewable energy.

There are some technological limitations to CHP. Top-up supplies from the grid are often needed, and its effectiveness is reduced if there is little demand for heat. Technical drawbacks are, however, relatively unimportant; most of the barriers to CHP are commercial and psychological.

Developers need incentives to build distribution systems for district and community CHP. After all, what’s in it for them after they’ve sold the project? Planning requirements might force their hand but the real incentive comes from developing a good relationship with an energy savings company – or ESCo. Almost all CHP networks are operated by ESCos. In the social housing sector they are often publicly run but elsewhere there are many private firms that are in it to make a profit.

Developers negotiate with ESCos, which come up with the capital to set up the infrastructure. But if a commercial ESCo thinks it will take too long to recover its money, negotiations can falter.

What is needed is government intervention to support the market for CHP. Nick Johnson, deputy chief executive at developer Urban Splash, makes the point with brutal frankness. “Energy supply in the UK is fucked,” says. He suggests that the structure of energy supply in Britain discourages the taking of sensible environmental options. The reason, he says, is the government’s desire to protect the big utilities. “It’s protecting shareholders of private industry. And because we’re moving towards biomass it’s a threat to the energy industry. It would take a brave energy minister to tackle those giants.”

The government’s rhetoric appears to support CHP, he adds, but its policies are geared to new build rather than existing buildings. And since “99.9% of the problem is with the existing housing stock, not new build”, we are “missing the target by a mile”.

The fluctuating price differential between gas and electricity often means that although CHPs might be more efficient than the alternatives, they can be cost ineffective. This is not helped by the low rates – endorsed by the regulators – that householders receive for electricity sold back to the grid. It is bought back at 2p/kWh but sold for 6p.

So, what’s the future for CHP? It will continue to develop on the Continent but will not thrive in this country without policy changes. The government must recognise the role of heat as well as electricity in its energy policy. It must offer developers incentives to stimulate the market. And householders are unlikely to install individual units or sign up for retrofitted district systems if the buy-back rate for excess electricity is kept so low. The technology is there but it does not seem to be matched by the will to change.

Privately managed by the Argent Group, this massive project involves new roads, public spaces and one of the busiest public transport hubs in the city. The 740,000m2 mixed-use development will include the building of 1,900 homes, amounting to 194,575m2, with the remaining floor area given to offices, retail units, hotels and serviced apartments.

A significant component of Argent’s energy generation will come from a single CHP plant, which the developer says will provide energy with an efficiency 5% greater than the Building Regulations require. It will have a capacity of 10MW, and will run throughout the year. If the site were run at 100% capacity, CHP would contribute about 25% of its energy. Since, however, sites rarely run at anything close to full capacity, CHP is likely to supply about half of the site’s needs.

Commenting on the cost of installing a CHP network, André Gibbs of Argent says the decision was not taken from a commercial point of view; rather it represented strategic planning for a future in which, the company believes, CHP might take off . Furthermore, Argent’s risk, like that of most developers, will be transferred to the energy savings company with which they are negotiating procurement. The ESCo will estimate at what point in the future savings in running costs are likely to outweigh the extra cost of installation. At that point the ESCo has a profitable operation on its hands. It will also invest in the development costs of the network.

Because we’re moving towards biomass, it’s a major threat to the energy industry. It would take a brave energy minister to tackle these issues with such giants

Most CHP systems comprise a set of underground pipes to distribute heat, a fuel source for electrical generation, a heat exchanger and a generator. On new-build sites laying pipes is not too onerous but retrofitting pipework is difficult.

Any fuel can be used for CHP, such as gas, coal, oil, biomass, but most UK schemes rely on supplies of gas from the grid.

Transferring heat from the generator requires heat exchanging pipes. The generator itself is analogous to a car engine, which uses its waste heat in the winter to warm the inside of the car. Examples of the the different types of generator are:

These are typically used for smaller developments and isolated dwellings and are technologically similar to diesel engines. Their waste heat replaces the traditional gas or oil used for hot water and central heating systems. Installation costs are comparable to other types of electrical generator. Tax breaks are available for households switching to CHP microgeneration and the pan-European trade association Cogen is behind the development of a mass-market micro-CHP plant for domestic use.

Gas turbines, or combustion turbines, operate with rotary blades similar to those in aeroplane engines. They also use heat from the combustion process to replace traditional fuels. They are used for community heating. The Energy Saving Trust recommends a density of 50 dwellings per hectare for new build. At this level both installation and running costs are cost-effective.

Steam turbines have similar applications to gas turbines but, as the name suggests, the waste heat takes the form of steam. They usually run on fossil fuels, but can use renewable sources.

Gas turbine CHPs are designed or can be converted to use biofuel or biomass, reducing their carbon footprint still further. However, the use of some biofuels have been banned by the EU. Palm oil for example has been banned because plantations replace more diverse ecosystems in producer countries. Biomass can be a viable alternative, if it is readily available. Examples include coppiced wood, wood pellets, grass, manure and, as recently proposed, dead cows.

Conventional power stations can be converted into very large CHP plants. However, the retrofitting costs and the remoteness of most stations precludes this in Britain. On the Continent the story is different. There, many major stations are built as CHPs and can distribute heat to customers up to 20 miles away.

Urban Splash is behind Manchester’s New Islington urban regeneration project. All 17,000 houses in the £200m scheme will be fuelled by CHP. Most will use district heating systems. But to expedite delivery of the first phase, which was completed in March last year, the 23 houses of Islington Square were each kitted out with micro-CHP units.

Interestingly, the electricity was treated as the by-product of heat generation. So each house’s heating requirements are catered for entirely by CHP and the electricity produced is fed back into the grid, and part of the householder’s electricity bill is refunded.

By itself, the first phase would not have justified its own network. So despite the houses varying in size from one bedroom to four, a one-size-fits-all approach was taken. Urban Splash estimates that cash and carbon savings are roughly half what they will be with the district system planned for the rest of the development. But these savings are still significant, and illustrate how isolated dwellings could improve their efficiency with micro-CHPs.

The units used in this project were PowerGen’s WhisperGen units. Supply and installation would usually cost around £3,500, which includes maintenance training for users. The company says the average household saves £150 and 1.5 tonne of carbon dioxide a year with these units. A standard gas supply into which the unit can be tied is the basic prerequisite.

What should the state do to promote CHP? Let us know your views by following the “what you think” link