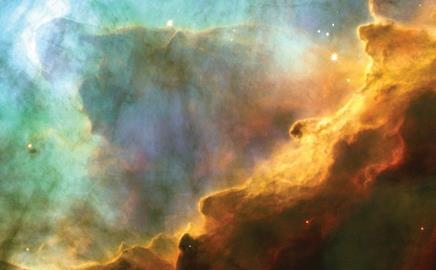 For many people, fuel cells are the holy grail of green power. They are up to 80% efficient, they don’t create pollution and, as they generate electricity through a chemical reaction involving hydrogen and oxygen, they require little maintenance, create no noise and use raw materials that will never run out.

Some organisations, such as Woking council and the London Development Agency, are already trying out fuel cells, prompting optimists to dream of a complete hydrogen infrastructure in the next 20 years or so.

The dream is that surplus power from wind turbines and photovoltaic panels would be converted into hydrogen and distributed through a network of pipes. Individual and community fuel cells would convert the hydrogen back into electricity and heat.

How do fuel cells work?

All fuel cells work on the same principle: an electrochemical reaction turns hydrogen gas into electricity, heat and water. Fuel cells have two electrodes: an anode, the negative side of the electrical circuit, and a cathode, which is the positive side. These are separated by a solid or liquid electrolyte that only allows positively charged particles (protons) to pass.

Hydrogen enters the fuel cell on one side and oxygen on the other. A catalyst such as platinum splits the gas molecules into electrons and protons. These combine in the fuel cell to produce electricity, water and heat. A single fuel cell produces 0.7V, so lots of cells need to be combined to create a usable voltage. This is called a stack.

Are there different types of fuel cell?

There are many different types of electrolyte, and this determines what type the fuel cell belongs to. The application usually determines the most suitable type. The proton exchange membrane (PEM) fuel cell, which uses a polymer membrane as an electrolyte, is ideal for transport applications as its low operating temperature – typically 60-80°C – means it warms up quickly. It is also good for small stationary applications such as homes because its output starts at 100W.

At the other end of the scale are molten carbonate fuel cells, which operate at temperatures of 600-1,100°C. This type of fuel cell is one of the most efficient but the high operating temperature means it is only suitable for stationary applications as it needs to be kept running all the time.

What sort of gas can fuel cells run on?

Fuel cells with platinum catalysts such as the PEM cell need to run on pure hydrogen, but high temperature cells such as molten carbonate and solid oxide use high temperatures instead of a catalyst. This means they can run on natural gas, liquefied petroleum gas or even biogas.

It is possible for fuel cells with platinum catalysts to run on some of these other types of gas, but the hydrogen has to be separated from the carbon in a device called a reformer before passing into the fuel cell – a process that reduces its efficiency. A fuel cell that is 80% efficient at converting hydrogen to electricity will see overall efficiency drop to 50-60% if a reformer is needed.

Where does the hydrogen come from?

Currently there is no hydrogen infrastructure, so it has to be bottled. The Black Country Housing Group (BCHG) used the first fuel cell in the UK to power a bungalow and Richard Baines, its director of sustainable development, describes this as “ferociously expensive”. However, if you have a source of cheap electricity, making hydrogen is straightforward and the price would plummet if the infrastructure were in place .

Baines had to go through a rigorous process to get approvals from the Health and Safety Executive and the fire brigade for the BCHG fuel cell because of worries over the explosive nature of hydrogen. This even included demonstrating that the bungalow could not be driven into by terrorists. But the BCHG has now shown that hydrogen is no more dangerous than natural gas.

How much do fuel cells cost?

Because there isn’t a mainstream market for fuel cells, they cost a fortune. According to Justin Wimbush, an engineer on Arup’s sustainability team, prices vary according to the type of cell. A phosphoric acid fuel cell would cost £2,500 per kW and a molten carbonate one would cost £6,000 per kW.

This compares with £500 per kW for a gas-fired combined heat and power unit.

Domestic-scale cells currently cost even more. The BCHG is just about to do its second domestic installation, a PEM cell made by heating company Baxi. It has an output of 1kW of electricity and 0.75kW of heat, but it costs more than £100,000, which is probably more than the home around it. Baines attributes the expense to the fact that it is an off-the-shelf solution. The cell has a built-in reformer, meaning it can run on cheap and convenient natural gas, a built-in boiler for back-up heat and a CE mark that means it is approved for sale across Europe.

How long do fuel cells last?

Not very long. According to Wimbush, a molten carbonate cell has a life of 40,000 hours, which equates to seven years if run for 6,000 hours a year. He says a typical gas CHP engine would be expected to last 15 years. The BCHG’s first fuel cell was of the alkaline type and was successfully run for 8,000 hours. Wimbush says a PEM cell has a typical warranty period of 1,000 hours. The reasons for the short life of fuel cells varies according to type, but typically the effectiveness of the elements needed for the electrochemical reaction deteriorates. The high-temperature fuel cell components deteriorate because of the heat.

When will fuel cells hit the market?

This is difficult to answer. For fuel cells to become viable, the price needs to fall and longevity needs to increase. According to Wimbush, fuel cell technology has not been developing as quickly as its advocates have been claiming. Until its cost is comparable to CHP, there is unlikely to be mass take-up. And the hydrogen infrastructure needed for mass production is probably at least 20 years away.

This is the last article in a series on green energy. For the previous articles, go to the guidance section in www.building.co.uk/sustainability