The Future Homes Standard: Get ready for a domestic revolution

The government says it will push ahead with the Future Homes Standard – and in October, before election fever took hold, it launched a consultation on the reforms to energy regulations. David Blackman reports on what this will mean for housebuilders and homeowners 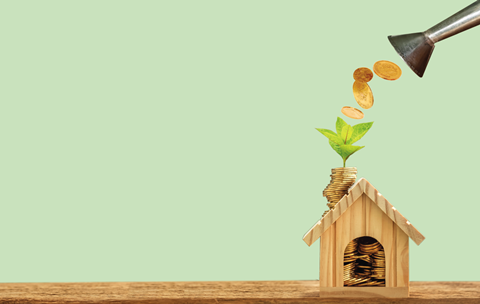 The eco-building community has reasons to be cheerful: last month the housing secretary Robert Jenrick put energy efficiency standards for new homes firmly back on the agenda. The Conservatives had caused dismay in the industry by scrapping the Zero Carbon Homes standard in 2015 – a year before it was due to come into force. But now the Future Homes Standard will go ahead in 2025, including moves to ban fossil-fuel heating from all new homes.

The consultation launched last month also outlines changes to Parts F and L of the Building Regulations, which govern energy efficiency and ventilation, as well as moves to toughen up the regime for enforcing these rules.

The pressure to reduce carbon emissions from buildings has increased noticeably over the past year or so. The former PM Theresa May pledged that the UK would halve its emissions from buildings by 2030, and Extinction Rebellion campaigners have helped to push the government to adopt a target that the UK should be a net zero emitter of greenhouse gases by 2050. Last week Labour pledged in its election manifesto to “achieve the substantial majority of our emissions reductions” by 2030 – backing down from its party conference commitment to hit net zero by that year.

So, what will the new draft regulations mean for housing developers? Will they drive up costs and cut supply? And is the construction industry’s beleaguered supply chain in a fit state to deliver the government’s revived green building dream?

It is best to make the building as energy efficient as you can before stuffing renewables on: you don’t want to be retrofitting houses in 20 years

Not everyone is convinced the plans go far enough. Chris Brown, chief executive of development manager Igloo, says: “We’re in an emergency so we could do it quicker than that,” referring to the 2025 target for adopting the new standard.

But David Adams, former chief executive of the Zero Carbon Hub, is pleased that the Ministry of Housing, Communities and Local Government has heeded the advice of the Committee on Climate Change on the gas boiler ban, which the advisory body first recommended in a report published this year. The move is technically feasible, given that equipment such as solar panels are available and increasingly affordable, he says. “It’s not going to be a massive leap, technology for 2025 already exists.”

But developers won’t be able to wait until the introduction of the Future Homes Standard in 2025 to make progress on energy efficiency. The consultation paper published at the beginning of the month moots two options for ramping up standards in Part L next year.

The first proposes a 20% improvement in carbon emissions from current levels. This would be delivered predominantly through improvements in building fabric, such as triple glazing and waste water heat recovery systems, as well as higher standards to prevent heat loss from walls and floors.

The second option combines less demanding fabric standards, such as double glazing, with deployment of low-carbon heating and micro-generation devices, such as solar panels. This option, which is preferred by the government, would result in a 31% improvement in emissions.

While going down the so-called “fabric first” route in Option 1 will save the typical household £59 a year on their energy bills, the mixed approach of Option 2 will make them £257 a year better off. This may sound appealing, particularly for a government keen to sugar-coat the drive to a green future by showing that it can deliver lower energy bills. But Joanna Wade, deputy chief executive of the Association of Decentralised Energy, believes it is a potentially short-sighted move. Allowing lower fabric standards now, she says, opens up the risk that homes developed in the next five years will have to be expensively retrofitted later when more demanding regulations are introduced.

Julian Brooks, network and programme manager at the Good Homes Alliance, agrees. “It is best to make the building as energy efficient as you can before stuffing renewables on: you don’t want to be retrofitting houses in 20 years.”

Insisting on higher fabric standards doesn’t preclude low-carbon heating and power, says Wade: “Ideally, you would have both.”

In the longer term, the paper anticipates that heat pumps and heat networks (and to a lesser extent direct electric heating) will be the principal means of producing low-carbon heat when the near-ubiquitous gas boiler has been retired. Thanks to the rapid growth of offshore wind farms, the carbon content of electricity has fallen so far that it is now greener per unit of energy than gas.

Although a well-established technology, electric heaters can be hugely expensive to run and, if deployed at scale, will significantly increase demand on the already under-pressure National Grid. The paper sees a role for electric heaters if a home is built to the “very highest” fabric standards, thus lowering potential demand on the grid.

Gemma Stanley, policy analyst at the Solar Trade Association, says: “If developers want to use direct electrical heat, they will have to mitigate it with some form of low-carbon generation like solar to make sure that cost to householders is not ridiculous.”

The government sees heat networks (where heating is piped into the home from a mini-power station in the neighbourhood) as an “important part” of its low-carbon heat plans, in particular in cities and high-density areas. This is partly because they can be adapted to low-carbon technologies with little disruption to householders. They also provide a “unique opportunity” to exploit larger-scale, renewable and recovered heat sources that can’t be accessed at an individual building level.

The government’s other preferred option is the air source heat pump. However, only about 20,000 are installed each year in the UK though the technology has been in common use for more than a decade. The headache many predict is that there are not enough trained installers for heat pumps – or any other low-carbon heating technology. 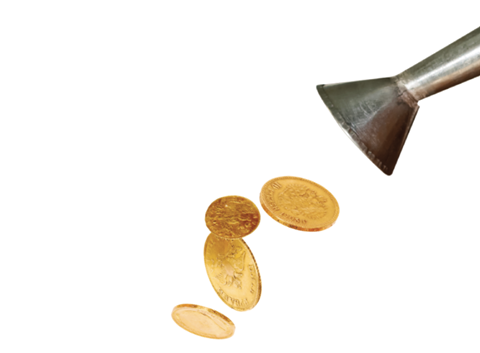 Tightening up the rules

Another proposed change under the Future Homes Standard is the tightening up of transitional arrangements.

At present, housebuilders can build homes to the standard in force when they started work on a development, even if new standards are introduced before it is finished.

The consultation proposes that all new homes must meet the new standards when introduced.

Also, local planners will no longer be able to demand higher energy efficiency standards than those set out in Part L. This could have implications for local energy reduction targets such as the London Plan, which requires 35% lower carbon emissions than Part L for new homes on major schemes.

The fabric-first approach of Option 1 would add £2,557 to the build cost of the typical new home. This will translate into increased expenditure, based on present values, of £5.6bn for new housing, according to the housing ministry’s impact assessment.

Meeting the 31% target in Option 2 would add £4,847 to the build cost of a new home. For flats, the additional build costs will be lower at £2,256 because of the smaller roof area that is available for solar panels, which remain the main form of electricity micro-generation. This equates to increased costs of £10.4bn, according to the housing ministry, which it says would be counterbalanced by £7.7bn of energy savings and £3.3bn of non-financial benefits, such as carbon and air-quality savings.

Given the lack of lead-in time for the introduction of these changes, the impact assessment says it is “unlikely”’ these additional costs will be factored into land purchases in the short run.

Industry bodies are keen to acknowledge the need to cut emissions but warn about the risks for supply. A spokesperson for the Home Builders Federation says: “In the context of the climate change challenge we need to continue to be ambitious, but we must also ensure that requirements are practical and timeframes realistic and allow technologies to be properly developed and delivered by the supply chain and to achieve the new skills required.”

Brian Berry, chief executive of the Federation of Master Builders, says: “It is important for government to be mindful that build costs for SMEs tend to be 70% higher than for volume housebuilders. There is a cumulative impact of all new regulations being introduced for housebuilders over the coming years, such as biodiversity regulations and electric car charge points. Each of these could add thousands to the cost of a project.

“The FMB is willing to work with the government over the coming months to ensure that these new regulations are actually deliverable for SME housebuilders.”

Are higher costs a deterrent?

The government’s impact assessment admits the new regulations would lead to higher build costs. This could deter developers from building as many houses because the prices paid for sites are based on the existing and less stringent regulations. This would then have a negative impact on net additional housing.

The housing ministry says the “short-term impact” of the changes on housing supply may be “slightly more” volatility, but it expresses confidence that costs can be absorbed by renegotiating planning consents or section 106 agreements.

David Adams of Zero Carbon Hub, who worked with Nottingham council on retrofitting some of its dwellings up to the Passivhaus standard, believes social landlords will feel the pinch more than volume housebuilders. “They’re probably not going to be able to build the same number of homes.”

But Igloo’s Chris Brown has little sympathy for the volume builders, given the lucrative sums they have awarded themselves in recent years: “I imagine the builders will complain like mad but, for most of the big builders, the amount of money invested is less than the bonuses they have been paying their executives.”

“Making the change is challenging,” Brown adds, pointing to a 250-home development that Igloo is working on with Nationwide. It is set for completion in 2020 and will be constructed near to Passivhaus standards. “We are building to those standards but for someone else letting the contract to a single builder, it would be a challenge because the regulations aren’t in, so it’s hard for a builder to price them in.”

However as big cities around the world, including London, recover their poise after the latest wave of Extinction Rebellion disruption, it looks like a challenge housing developers will have to get used to.