The market in Mexico: What are you afraid of, gringo? 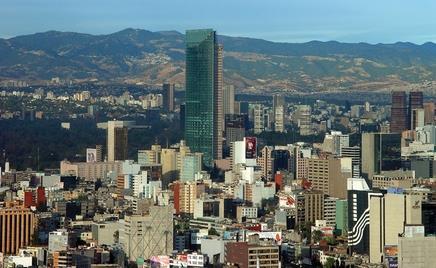 The Mexican government is planning PFI projects worth more than £200bn. The problem is it doesn't really know how to do them, so it's desperate to find British firms to help it out - so far without much luck. Emily Wright took a little trip to find out why...

What is it with the Brits and Mexico? You would think, given the vast amount of construction work going on in the country and the huge demand there is for British know-how, that we would be swarming the place. After all, not only is the Mexican government instigating a $226bn (£164bn) PFI-style infrastructure programme over the next three years, building everything from railways to roads, airports and water treatment plants, it’s also leading a $800m PFI programme to build schools, hospitals and prisons all over the country. Oh, and then there’s the little matter of a $200bn investment in social housing. The private sector is busy too, with plans for a swath of high-rise office buildings in Mexico City. And the best thing about all this activity is that these types of projects are new to Mexico, meaning local firms and developers are desperate for guidance from British partners.

It is hard to believe UK firms would turn down the chance to win work at the moment, but Maui Salazar, director of Mexico’s PFI health programme, says the government is struggling to get the British to show some interest: “We approach UK firms regularly but they don’t seem interested,” she says. “The tenders for our PFI projects are global and public and I have never seen a UK name on the list. We can’t understand why not – they would go straight to the top of the pile. Maybe they’re just not aware of the opportunities out here yet.”

Maybe not. So Building went to Mexico City to investigate the development programmes in the country and to find out why more companies have not been snapping up the work on offer.

This programme was introduced in 2007. Some $168bn state investment is to be topped up with $58bn of private funding and by 2012 the programme aims to deliver more than 300 projects.

The Mexican PFI, known as PPS (Projects for the Provision of Services) is almost exactly the same as the British system, and would be familiar territory to any UK firm with experience in this area. And it is being delivered on an immense scale. About $26bn is being invested in roads alone ($14bn from public funds and $12bn from private). This will be enough to build or improve 17,500km of highways. The rest of the funding will be split between railways, ports, airports, telecoms, water works and the energy sector. Mexican developers hope Scottish firms will get involved with oil pipes and rigs here.

Although some projects are already under way, others have a 2011 start date, so there is still time to get involved. Few local firms have experience of dealing with both public and private funding, or with maintaining a facility after it has been built. Prodemex, one of Mexico’s largest contractors, is working on a number of schemes under the national infrastructure umbrella and is one of many looking to team up with a UK firm: “We are not too proud to admit we need help,” says director general Antonio Boullosa Madrazo from his office in the south of Mexico City. “There are long-term benefits here – we’re working on projects that’ll take three or four years to build but that will still be here in 20 years’ time. We need to find people who know how to maintain buildings as well as build them. Those people are British.”

Alejandro Villarreal Rodriguez, concessions director of Prodemex, adds: “Joint ventures with Mexican contractors are welcomed – being affiliated with a British firm gives us more power out here as it combines our local knowledge with the expertise the clients want.”

This need for UK skills applies to Mexico’s other PPS programme, which aims to build five schools and eight hospitals by 2012. But once again, the UK has shown little interest in the £800m scheme, £540m of which is being invested in hospitals, despite the fact that Partnerships UK helped to set it up. Currie & Brown and McBains Cooper are two of the very few British consultancies involved so far. They are advising on legal, logistical and operational issues. They are also using their experience to liaise between the government, private investors and banks, thereby pulling together both sides of the investment structure.

This knowledge is gold dust in Mexico and Michael Thirkettle, McBains Cooper’s chief executive, says providing it has proved lucrative: “The return has been first class. We have won work quickly and we now have a high profile across Latin America. We are moving into a position to be looking at two or three other markets. The investment cost we put in place to move into Mexico is already paying for itself after four months.”

On a clear day in Mexico City you can gaze out over a sprawl of low-rise buildings all the way to the horizon. This view is about to change radically – which is good news for construction firms.

Torre Mayor (pictured), at 225m the tallest building in Latin America, was built in Mexico City in 2003 and was the first to be constructed using US/UK level health and safety codes and construction methods. It also has a structure designed by WSP Cantor Seinuk to ensure it can withstand the earthquakes common in this part of the world.

Despite having the highest rents in the city, the building is 99% occupied, proving that the city can build, and find tenants for, expensive high rises.

I have never seen a UK name on the list. We can’t understand why not – they would go straight to the top of the pile

This is coupled with a huge demand for office space – vacancy levels are at a low of 4.7% and many business have to work out of homes. As a result, there is a development pipeline of 1 million m2 of similar high-rise buildings in the city over the next five years.

Luis Mendez Trillo, vice-president of CB Richard Ellis’ Mexico office, predicts that once the economic situation has stabilised, demand will push this development plan forward resulting in an “explosion” of opportunities. Again, Mexicans want British firms to help them deliver this. Rick Ricker, director of Reichmann International, a developer operating in the office market in Mexico City, explains why. “We’d be keen to work with the UK on these types of projects,” he says, looking out over the skyline from the 52nd floor of the Torre Mayor, which is one of Reichmann’s own projects. “High rise is new here so we are looking for steel and concrete contractors. My advice? Get in quick while there is still time.”

There is work available in the industrial and retail sectors in Mexico, too, but these areas have been hit hardest by the recession and work has slowed considerably. Housing is a different matter. There is a shortfall of 4 million homes in the country and only 800,000 units are built a year. So the government has invested $200bn in this sector and there are 20 satellite city projects in the pipeline, plus the related infrastructure. Developing these new cities will require skills in masterplanning and sustainability, meaning more opportunities for British firms in a market with a guaranteed source of funding through the recession.

Cleaning up the town

So why aren’t you in Mexico already? Well, there are a few issues that have been putting British firms off. Worries about dodgy payment systems are common, but McBains Cooper’s international managing director Santiago Klein says they have so far been paid within 20 days. He adds that, while fees are worked out on a project-by-project basis, you can expect to charge anything between 3% and 5% for project management.

Then there is the perception that US firms have already got the market sewn up. Mexicans quickly dispel this idea. “People assume that we work with US groups already and don’t need any more help,” says Prodemex’s Madrazo. “This isn’t true. They don’t have the right expertise.”

Nor is the language barrier a problem, as English is the business language. “Mexicans who don’t speak English are screwed, not the other way round,” says one Mexican business consultant. “At a business level, everything is in English. We don’t expect UK firms to be able to speak Spanish and it won’t hold you back if you can’t.”

Corruption is a more serious concern. How do you know that selection processes are fair? Although this issue remains a concern, a great deal of work has been done in the past 10 years to make the Mexican system more transparent. Felipe Calderon, the president of Mexico who came into power in 2006, is tackling corruption at a federal, state and municipal level, and local civil society organisations are also being developed to fight the problem. The knock-on effect in construction has been noted: “Nowadays when you put in a bid for a project, you know the winner will be based on the best tender, not on who knows who,” says Linda Palau, McBains Cooper’s director in Mexico.

Finally, Mexico is not immune from the global recession. The financial crisis in the US is having an effect, particularly as the stream of money sent from Mexicans working in the US is drying up. Some construction projects, especially in the PFI, have been delayed. But for UK firms this is good news: government funding is guaranteed and the projects will go ahead, just later than planned. This has opened up a two-year grace period for Brits to research the market, make contacts and recruit staff ready for when things pick up.

That is not to say there are no opportunities in the meantime. Mexico’s economy is in a far better position to withstand a recession than the US or UK’s, as banks have been far more conservative regarding lending, and so the PPS programme is still able to put one major project in each of the hospital, school and prison sectors out for tender this year and next. The National Infrastructure Programme has projects ready to start in 2009 and 2010 and there are several office buildings planned over the next 18 months.

Mexico is open to UK help but breaking into this market must be done carefully. “We don’t want to be invaded,” explains Antonio Ruiz Galindo, director of IGS, a Mexican firm specialising in investment funding for infrastructure projects. “But we are interested in an Anglo–Mexican alliance combining our local knowledge of markets, the legal system, culture and history and British expertise.” The best way to make an entrance is to form a joint venture. Pretty much every UK or US firm active in Mexico got in this way; even Reichmann started off in a joint venture with a Mexican firm for two years.

The other option is the Bovis method.

A client brings you in for a project, then you stick around to set up in your own right. Raul Berarducci, principal for Bovis in Mexico, explains: “We were brought on to work on the Torre Mayor by Reichmann and were able to establish contacts and set up a successful office. Now we are looking to expand across Latin America.”

But above all, you’ll have to kiss goodbye to any British inhibitions. The best way to get in with the Mexicans is to open up. “We don’t like email or phones,” says Miguel Donovan, business development director for Currie & Brown in Mexico, with a smile. “Mexicans want to see you, feel you, touch you. We’re Latino!”

For the latest jobs in Central and South America visit here.

Original print headline: 'What are you afraid of, gringo?'