The rebirth of Charles de Gaulle 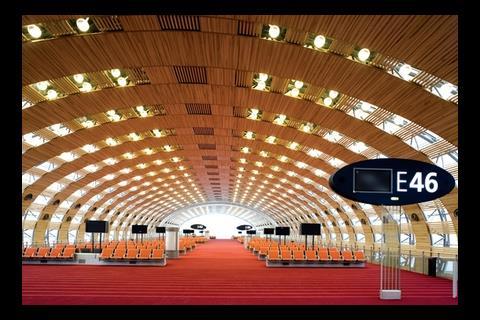 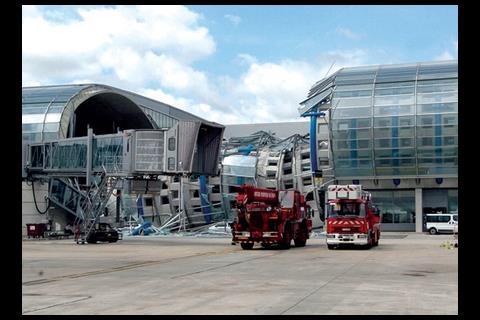 The terminal that collapsed in 2004, with tragic consequences.

There is a light, polished feel to Terminal 2E at Charles de Gaulle airport. The steel arches that line the banana-shaped building are elegantly finished in ash veneer, the whole structure is cocooned in glass, and there is a pervading smell of newness. It is hard to believe that four years ago this was the site of a fatal disaster. On 23 May 2004, just 11 months after the terminal opened, part of its concrete structure collapsed, killing four people. Last month, operator Aéroports de Paris (ADP) opened the rebuilt terminal.

A government inquiry into the collapse cited a number of structural support problems that undermined the strength of the building’s concrete shell. Commenting on the report’s findings that the shell was “too fragile”, Jean Berthier, the leader of the inquiry, described the strength of the concrete as being “sapped little by little” over time.

Thirty metres of the 700m long structure had collapsed, leaving ADP with the decision to either rebuild the broken section or start again from scratch. Although the Berthier commission recommended that the terminal did not have to be completely demolished, it did question the reliability of putting the concrete superstructure on a raised concrete base.

Niccolo Baldassini, a director at Paris-based engineer RFR, one of the designers on the £102m rebuild, says: “There was a lot of discussion whether to redo it in steel or concrete, whether to do the same shape. Some people said we don’t want the same shape because it’s like remembering a disaster.”

ADP decided that removing the concrete shell completely would be the safest solution. They also decided to reuse as much of the original material as possible. This included the glazing that wrapped around the shell, meaning that the replacement would have to be exactly the same size and shape.

However, ADP did not build with concrete again. Baldassini says: “In the end they decided to rebuild in steel. The building had to be rather simple and robust.” A steel frame would be faster and easier to assemble, which was vital given the circumstances of the rebuild – there were now planes parked around the terminal, making space limited.

The original architect Paul Andreu, who designed all the terminal buildings at Charles de Gaulle, had left ADP before the accident. But basic concept sketches for the new structure were still done in house before being turned over to RFR and Setec TPI, another Parisian engineer, for development.

Before work could even begin on the frame, the concrete had to be removed, followed by the glazing. This involved the removal of 33,000m2 of glass from the structure in just under a year, pane by pane, using suction pads. Because each piece fitted a unique position on the shell, they were individually bar-coded. They were then stored in a hastily built storage shed at the airport to keep the material close at hand for the refit.

Between September 2006 and April 2007 the 152 concrete rings that made up the concrete shell were removed at a rate of one 4m ring a day. Each was sawed into four parts before being removed, crushed and recycled.

The final steel structure was designed to be six to seven times lighter than the concrete it replaced. Weighing in at 2,800 tonnes, it is made of 152 arches that were delivered in four elements. Each arch was half assembled on the ground before being installed and bolted together.

The glazing was then put back, once again using suction pads. Finally, wooden cladding was added to the interior to give a warm, organic feel. The cladding was carried out by engineered timber specialist Finnforest Merck. Starting in July 2007, 152 prefabricated wooden arches were attached to the corresponding metal arches inside the terminal. Delivered in four elements, two half arches were assembled on either side of the terminal and then lifted into place before being bolted to the metal structure.

After that all that remained was the interior fittings, many of which were those removed from the building before demolition started.

Reborn in glass, steel and wood, the new Terminal 2E is lighter, both physically and aesthetically than its predecessor. And now that T2E is once again a functioning part of the airport, perhaps ADP will be able to lay the ghosts of the past to rest.