The road to recovery: Rebuilding after China’s earthquake 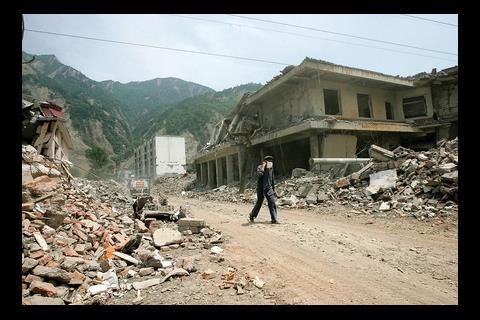 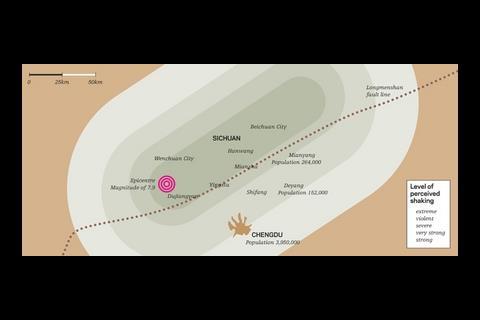 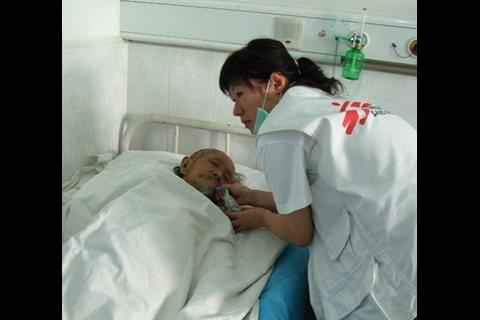 British engineering and construction firms are on the front line of China’s efforts to repair the devastation left by May’s earthquake. Stuart Macdonald reports

11 July will be a crucial day for the western Chinese province of Sichuan. Not only will it mark the eve of the two-month anniversary of the devastating earthquake that killed 69,146 people and left 17,516 missing, but it will also be the deadline for each of the 120 counties that make up Sichuan to submit their plans for rebuilding their shattered towns and cities.

These plans are critical for the 5 million citizens who have been made homeless by the disaster. The Chinese government has promised that they will be permanently rehoused within three years. If it is to meet this target it has to get plans drawn up as quickly as possible.

However, it also needs to placate a sceptical public, who are still seething about the shoddy construction that led to the collapse of hundreds of schools. They have to be convinced that the new buildings will withstand future quakes. Almost since day one the Chinese have been turning to British companies for help in doing this.

Tina Redshaw is the head of environment, energy and infrastructure for UK Trade & Investment, the British government’s trade promotion body, in Beijing. She has spent much of the past two months acting as a

go-between for the Chinese Ministry of Construction, the National Development and Recovery Commission (NDRC) and British firms keen to use their construction and design expertise to help rebuild Sichuan.

“The NDRC is taking a leading role in co-ordinating the recovery effort,” says Redshaw. “However, local authorities are being allowed to come up with their own recovery plans. As a result, the Chengdu government had called for tenders for a piece of masterplanning in Dujiangyan. Arup is now involved in this. Ying Xiu county has commissioned Britain’s Sutherland Housing Architects to help design an earthquake museum.”

Other firms, including SMC Alsop, Atkins, Benoy and Mott MacDonald, are also in discussions with the Chinese over what role they can play. Redshaw says that, although a number of British companies that have a presence in China have donated funds to the immediate relief effort, the main area where they will be able to help will be in the planning and reconstruction phase. This was the message at a meeting at the British embassy in Beijing last month attended by 13 British companies, at which a number of proposals were discussed. These included an accommodation container designed and funded by SMC Alsop.

Redshaw says: “After our meeting on 12 June, the Chengdu authorities came back to us and said that they were interested in taking up a number of the offers of help that had been made. Can’t say which ones yet though.”

For Jeff Liu, general manager of Atkins Beijing, the area where overseas firms can make a difference is clear: “We need to find a better way to balance between building sustainably and pragmatically to withstand earthquakes. We are discussing with the government what we can do to help. They want to do a series of research projects. For example the government has pledged to rebuild Sichuan in three years, but it will first need to do some research. It will be very difficult, though, owing to the lack of land available for building on.”

Last month, the Chinese government held a press briefing on the rebuilding of Sichuan. It said the main issues to be decided were: where it is safe to build, what should be built and how it should be built.

“One of the key issues of reconstruction is to improve the quake-proof standards of schools,” said a spokesperson for the Ministry of Construction. “However, we first need to wait for additional information such as a revised map of local seismic activity and masterplanning work. The state council

has set up an expert group, including geologists and seismologists, which will determine where it is safe to build.”

The UK-based Earthquake Engineering Field Investigation Team is hoping to contribute to this area, as it is sending a nine-strong expedition of volunteers drawn from engineering and academia. They should return from an eight-day trip to the earthquake zone on 18 July. Matthew Free, project leader and a seismology expert at Arup, says: “We don’t want to rely on hearsay – we want to go out and collect the facts.”

His team will look at the damage to all buildings and work out the proportions and extent of the damage. This information will then be used to work out the effect of a similar disaster in future. “If people just go out there and say ‘Oh, all these buildings have collapsed’, that’s not useful to anyone,” says Free. “We will look accurately at homes, schools, hospitals and infrastructure. We will also look at landslides and why they happened where they did.”

We will look at homes, schools, hospitals and infrastructure. We will also look at landslides and why they happened where they did

This is a key part of the masterplanning work being undertaken by Arup’s Shanghai office in the 1,200km2 Dujiangyan administrative area, which has 650,000 residents and suffered 3,000 fatalities.

Arup is one of 10 firms working on the masterplan. Zygmunt Lubkowski, seismic business and skills leader for Arup, says:

“A team from Arup is working on a pro-bono basis and has already been out to Sichuan to collect geological information as well as using satellite images of affected areas. The idea is to look at how the town should be replanned to minimise the impact of future quakes.” He adds that the masterplan has three main areas: hazard resilient planning, sustainable development and socio-economic reconstruction.

Benoy, which has 150 staff in Hong Kong and Shanghai, is interested in the latter two aims. Chairman Graham Cartledge says: “We are working closely with the Chinese on two fronts. One is with the Chinese embassy on reconstructing towns along more sustainable lines. The second is a donation through the Benoy Foundation to help rebuild an orphanage. This is desperately needed.”

Although Atkins and the other firms involved in the recovery effort are providing their work at a cost, the Chinese government announced last week that it had set aside RMB70bn (£5.1bn) to pay for reconstruction this year. “Farmers’ homes are going to be a primary target for rebuilding so RMB40bn of this money will go on these,” says Redshaw. “RMB30bn will be for schools, hospitals and other infrastructure. Three years to stabilise accommodation and up to eight years to recover the industry. There will have to be much more stringent supervision of the buildings that go up – there is going to be an intense public scrutiny of this. Some of this expertise does exist in China, but there will be a big opportunity here for UK firms to get involved.”

However, they will have to do so quickly because not only is the clock ticking on China’s self-imposed three-year deadline to move people from temporary accommodation, but winter is only four months away. “Winter will set in from late October onwards,” says Redfern. “There is a lot of demolition that needs to happen in many towns and cities and they need to get on with this as soon as possible.”

Alice Chow, a director of Arup, worked as a volunteer for Médecins Sans Frontières in the aftermath of the earthquake. This is what she saw

I was there for one week immediately after the earthquake. I was working to support the medical staff by organising logistics and have volunteered to do this with Médecins Sans Frontières since 2003.

When I arrived I was sent to Guanghan as this was not so badly damaged and MSF was able to work in a maternity hospital that had been converted to a triage centre. People came in with wounds and broken bones. Many had already been there for a few days trying to get help – it was terrible. There were 80 patients at a time in the small hospital.

I travelled by helicopter to help set up temporary shelters and give tetanus injections – this was a big issue as so many people had been wounded.

I couldn’t understand what the people there were saying as they speak a different dialect to me. I had to use body language to communicate, but it was mainly just holding their hands and being there with them to comfort them and keep them calm.

Patients were graded by a series of colour-coded wristbands: red, yellow and green. Most of the patients we saw had red bands which meant they had a good chance of living. Even so, there was a young man who had to have his leg amputated after being trapped for several days. He had this operation without any anaesthetic. He was incredible.

We were told that the seven days after the first quake was the most dangerous time.

As a result we had to sleep outside in the street in tents. One night there was a quake of 6.0 and we ran out of the tent – it was pretty scary.

Then we were told by the government that we had to move 60-70 people from the hospital out into tents owing to the concern about aftershocks. We had to put six or seven people in each tent. It was a tight squeeze but people were resilient and brave despite the pain they were experiencing.

When I was in Bandeh Aceh [in Indonesia after the tsunami] it was equally horrible. I also previously took a year out from work to travel to help in war zones in Afghanistan and Ethiopia. When this sort of tragedy happens, MSF asks for people who are used to working in these situations to help. Even so, you still feel shock when you get there and see the devastation.

There is a bold, new red banner in the boardroom of Shanghai Jianke Project Management. Roughly translated, it reads “We warmly send our technical staff to the earthquake zone”. Jack Sun, chairman of SJPM and vice president of the Chartered Institute of Building in China, says the banner went up on 25 May and that there is a matching one in Mian Yang. This is the town in Sichuan where Sun has sent dozens of staff to help install the 80,000 temporary homes that SJPM is responsible for building and delivering all the way from Shanghai – some 1000 miles.

The Chinese government wants more than 1 million of these homes installed by the end of September, with the first 260,000 due to be completed by the start of this week. “About 80,000 are being built by Shanghai companies,” says Sun’s colleague and chief technical engineer Bo Zhou Hong. “The same is being done for every region of China. Each home is enough for one family – 20m2. Mian Yang will get 50,000 of these homes – we’ll do these first. Then 30,000 in Guanghan.”

He adds that clinics, schools, kitchens and bathrooms will be provided for every 50 houses. The Chinese are being selective about where these homes are built as a result of the last large earthquake to hit China in 1976 in Tangshan City near Beijing in which 240,000 people died. Many temporary homes were thrown up quickly and often in dangerous locations, after China refused outside assistance. “I remember the quake from 1976 and the experience has stayed with me. It still brings tears to my eyes when I think about it,” says Sun.

If you want to help with the relief go to www.uktradeinvest.gov.uk