The scramble for public sector work 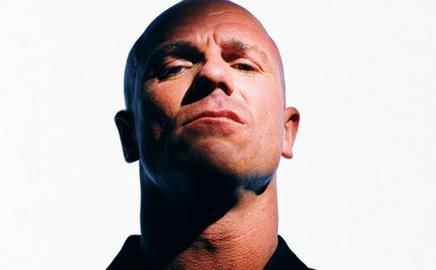 The scramble to enter the public sector has begun. The problem is that it has a rather strict door policy, and if your name is Johnny C Lately, you don’t have much of a chance of getting in. But it’s not impossible

In already testing times things look set to take a further turn for the worse for construction. As the Construction Products Association warns that the market for housing, offices and shops will fall away, more companies are looking to the public sector for an alternative pool of work. The work is there – the government spends about £30bn on construction – but much of it is locked up in frameworks, most of which are not up for retender until 2010/11. This means newcomers are at a fairly disastrous disadvantage.

Companies wanting to hop on the public sector gravy train will find swaths of frameworks that operate a strict door policy. And those with the luck or foresight to have secured places on framework lists will be fighting tooth and nail to maintain their position. In short, if you’re not on the list you’re going to have trouble gaining entry.

“Because of the public sector framework agreements, there are companies on contracts for years,” says Stef Stefanou, chairman of John Doyle. “So what happens to those who are not on the list? They will get desperate for the remaining work in the coming months and we will see a stampede.”

The scramble is expected to occur next year, after the work that is presently filling up companies’ order books is completed and the commercial market grows thinner still. “Specialist contractors tend to look not much further than the next three to six months,” says Suzannah Nichol, chief executive of the National Specialist Contractors Council. “At the moment we’re hearing mixed messages, but I think we will really start to see the bite further down the line after the next six-month period. Things are looking difficult up ahead.”

Some firms are planning for the future. An industry source says: “At a specialist contractors’ forum this week about nine concrete contractors confirmed that they would be looking at the public sector, especially schools and social housing, and trying to get in before the rush.”

However, Mike Peasland, managing director of Balfour Beatty, says the next few months will be hard for those not already on public sector frameworks “as all the major programmes like Building Schools for the Future and Procure 21 have got their supply chains in place”.

Newcomers bidding for new frameworks or other public sector work will still have a struggle ahead of them. “It’s not something you can just switch to overnight,” says Tony Hyde, managing director of Thomas Vale. “There is a different skills set required for public sector work, like understanding locality and best value. Clients like to use people who already understand this and they are likely to stick with the ones they’ve worked with before. My advice to people wanting to get involved at this stage would be simple: you should have started five years ago.”

“It is not realistic for companies to be trying to flick between the private and public sectors,” adds Don Ward, Constructing Excellence’s chief operating officer. “I think companies planning to do this as the commercial market dries up will be in for a shock. Things are very different and they need to be aware of the changes that have gone on in public sector procurement, including the new construction commitments and best practice. Things have developed and this is a challenging sector.”

Despite these warnings, there are those facing the rough times ahead with grit. “In 2009 particularly it’ll be hard to get in on the action,” says Trevor Hursthouse, managing director of M&E firm Goodmarriott & Hursthouse, “but that’s just how the procurement method works now and we’re going to have to step up to the plate. Instead of complaining about getting excluded, firms need to make sure they get the work.”

He adds that as the government cannot deliver its overall plans for the UK without first delivering a great many buildings, the industry at least knows that there will be work available, and some of it will be up for grabs. “Not all the work is tied up. You just need to be good enough to snare what is available. It won’t dry up completely – after all it’s not like the client is about to run out of money, is it?”

Michael Thirkettle, chief executive of McBains Cooper, agrees that with so many public frameworks coming up for renewal [see page 29] there will be work, but “people just won’t be able to cherrypick as the commercial side falls away. The bigger initiatives will be harder to get on to, so companies should be eying the one-offs. I think everyone should lower their hopes”.

Smaller firms look like being hit hardest. They already struggle to get government work because government contracts are getting larger. Julia Evans, chief executive of the National Federation of Builders, says: “Our concern is that SMEs, which make up 95% of our membership, will be excluded from traditional areas of work owing to the continued rise of frameworks and bundled contracts. With increased competition this will just become more pronounced.”

That said, some commentators do hold out hope for them. “As we see more and more people wanting to, or even having to turn to, public sector work I think we’ll see more small firms thinking on their feet and working out ways to get on these lists, whether that’s through partnerships or tie-ups,” says Hursthouse. “The bottom line is that we’re going to need to be good enough to get the work and we shouldn’t whinge about not being included.”

“The basic issue still is that small companies applying for work on frameworks on a first-tier level is not realistic,” adds Ward. “These are where major contractors and consultants come into their own. The key thing for SMEs to remember is that then these key players choose their supply chains so maybe it is time for these smaller companies to rethink their business model. Not everybody can be the key player and, with 90% of the work on these major public sector frameworks being subcontracted out. there is still work available for SMEs if they work alongside the right people and know who is on what framework.” (see box).

Peasland agrees that for small firms, the key over the next few months will be to cosy up to a “big brother”. “Forge links with a larger company that already has work and get involved that way,” he says.

How to get your foot in the door

Money The original LSC’s frameworks for further education colleges will run until 2010 and are worth £1.6bn.

When’s the next entry point? The LSC was meant to run until 2012 but underwent an overhaul earlier this year, which threw it into uncertainty. It will be replaced by two smaller quangos by the end of 2010 and there is no certainty that agreements will continue beyond this date or whether those companies already on the frameworks will maintain their positions. It is understood that colleges that do not use consultants listed on the frameworks may miss out on LSC funding for costs and feasibility studies. All college work above £5m is expected to be procured through the system

The bigger initiatives will be harder to get on to, so companies should be eying the one-offs. I think everyone should lower their aspirations

Money Procure21 is a £7bn framework

When’s the next entry point? In February the Department of Health announced that the Procure21 framework would be extended by two years until September 2010. The original five-year framework is due to end in September 2008. Its projects are smaller than PFI schemes but bigger than the Loca Improvement Finance Trust (LIFT) schemes

When’s the next entry point? The plan is to upgrade 137 prisons and to create cell space for an additional 20,000 inmates within 10 years

Money £45bn Building Schools for the Future programme was launched in 2004, and aims to improve 200 schools across the UK

When’s the next entry point? Projects are divided into six “waves” ; contracts are awarded regularly. The project aims to have every child educated in a 21st-century environment by 2019.

Money The Highways Agency announced £1bn extra funding to improve the strategic road network in 2004, taking overall funding for the project to £1.9bn. About £900m was spent in financial year 2007-08

When’s the next entry point? Difficult to predict, but contractors were invited to apply for a £35m programme of road works across the east of England and the Midlands earlier this week. More generally, local authorities are provided with Department for Transport funding to deal with smaller A roads and all local roads, and award contracts independently

Money Network Rail pledged to spend £2.44bn on 900 small projects across the UK over two years in April 2007

When’s the next entry point? Although the works on tracks will still be carried out by Network Rail’s six main contractors, many of the improvement projects will be open to tender

Original print headline - If you’re not on the list

Learning the lessons of the past

The graph shows that public and private sector construction output fell after the oil price shocks of the mid- and
late-seventies and the recession of the early nineties, with a lag of between one and two years.

Noble Francis, economics policy development director at the Construction Products Association, says: “Private and public sector spending is very pro-cyclical but as you can see, public is not as erratic as private. The graph shows it held a lot steadier after the recession of the early nineties, for example.”

What it also demonstrates is that public sector output has fallen in comparison with the private sector over the past four decades. In 1970, public and private sector output were similar, £27.5bn and £28bn respectively. They now stand at £21.5bn and £61bn. PFI accounts for some of this growing discrepancy but Francis says this accounts for only £4bn per year no longer being counted as “public” sector.

He concludes that the widening gap means firms are increasingly less able to plug any shortfalls in private sector spending with government cash.

He says: “The public sector provides a certain amount of a safety net, but out of the £82.5bn construction spend in 2007, £61bn was private. Although public spend is more reliable it can’t completely offset the falls in the private sector.”