The shadow of suspicion 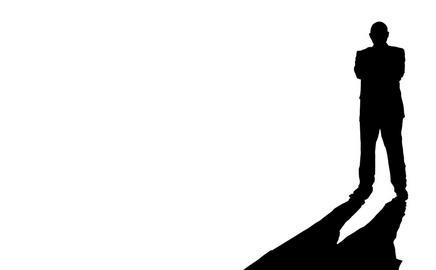 The Office of Fair Trading has reached the critical point of its probe into bid rigging in construction. Dan Stewart and Sarah Richardson look at what it has found, the effect on the industry – and how contractors are fighting back

After a two-and-a-half year trawl through the secret world of construction industry tendering, the Office of Fair Trading (OFT) is beginning to draw in its net.

As Building revealed last week, 150 companies have been contacted by the OFT over contracts worth a total of £3bn, and major contractors such as Balfour Beatty, Kier and Rok have said they are among them.

Whatever the substance to the OFT’s suspicions, the effect of its investigation has been to cast a shadow over the whole of the construction industry. Now the industry is preparing to fight back. The Construction Confederation (CC) is to lead a delegation to the OFT to defend the industry against allegations of widespread bid rigging. The umbrella body is understood to have written to the watchdog requesting a meeting with senior officials.

One of the OFT’s targets is “cover pricing”. The CC declined to comment but Building understands that it will acknowledge that this was endemic in the industry until about five years ago. However, the companies will argue that the introduction of European legislation and changes in the way contracts are awarded means that it no longer happens, or at least to nowhere near the same degree. Building also understands that the CC wants to discuss whether “best-practice” initiatives such as partnering could fall foul of the technicalities of competition law. It is also possible that the organisation will argue for reduced fines for companies.

What is cover pricing?

Cover pricing is when a bid is entered for the sake of bidding. These are put in by contractors anxious to avoid falling out with a client. There is also an element of collusion, as in order to price its bid too high, a firm would contact another bidder to find out what its offer was. It was not illegal until the Competition Act was made law in 2000.

One senior director at a major contractor says: “We were all taking covers a number of years ago. It was widespread when we had lump-sum contracting. You would ring your mate at another contractor. They would give you a cover, and you’d put a higher price in so you didn’t get it – say £1.5m compared with their £1m. It was so widespread that it didn’t give anyone an advantage or a disadvantage.”

The OFT, it seems, recognises this. Speaking at the UK Competition Law conference in December 2005, Simon Williams, the OFT’s director of cartel investigations, announced that he was aware of cases where the only motive for putting in a cover bid was to remain on future tender lists. “It may well be that we will not pursue such cases,” he said.

Does it still happen?

Cover pricing evolved as a way of distributing work from firms that had too much to others that had too little, and it took the strain off contractors’ estimating departments. But major contracts are no longer about merely naming a price. These days, a bid requires a detailed design brief and lengthy specifications, so cover pricing requires contractors to put time and money into losing jobs. “Even small builders would find it hard,” says one contracting source.

But the OFT’s inquiry indicates it must still be happening to some degree. One source said: “It often seems to be individuals taking backhanders, and there isn’t much you can do to prevent that – but you can prevent a culture of backhanders from existing.”

Some companies are attempting to do just that. One director, whose firm is under investigation by the OFT, says: “We put a letter out in 2000 saying to staff, ‘You do not take covers from now on’. A lot of people have left since then anyway, although I guess you are never entirely certain how far down these messages reach.”

How does the investigation work?

More than 50 companies have had their offices raided, but this is not as dramatic as the term implies: “We don’t kick down doors,” says an OFT spokesperson. “We knock on the door and ask to speak to the chief executive.”

Inspectors are able to confiscate documents, computers and any other evidence they deem relevant. “We can take what we like,” says the spokesperson. “Everything down to the paperwork on the desks.”

Most companies have merely received a letter, though this does not mean that they will not be raided later. The letter offers a reduced fine if companies admit to collusive activity. One source, whose company was targeted in the most recent wave of letters, says the offer of a 25% reduction would be “tempting” if the alleged collusion actually happened – but he is unsure whether it did, as documentation on unsuccessful tenders is often disposed of. “We’re reluctant to admit to something we can’t prove happened,” he says.

The reach of the investigation

The OFT is as surprised as anyone at how broad the investigation has become. “When it started, we didn’t think it was going to be extraordinary,” said the spokesperson. In fact, it has become the largest inquiry the watchdog has ever undertaken.

The OFT says the investigation is now at a “crucial point”, which explains why so many large contractors are being informed that their activities are being looked into.

Could clients be implicated?

The only companies implicated so far are contractors, but there is strong suspicion that clients may soon be drawn into the net. One industry source says: “We were aware of some clients inviting companies to tender, so that they could ‘make up the numbers’.” This practice is thought to have been widespread among local authority clients.

The OFT spokesperson admits clients could be investigated for bid rigging, but will not confirm whether or not any had yet been contacted.

Although it says it can’t help with retrospective cases, the Office of Government Commerce says that contractors who feel they have been the victim of bid rigging on public sector contracts should come forward.

A spokesperson says: “If there are contractors out there who feel they have legitimate concerns over a particular bidding process where a public sector client is involved, they should come to us. If this situation were to occur now, it would be for us to look at how a bid was conducted.”

It is understood that the next announcement from the OFT will be a leniency deadline for the companies just informed of their role in the investigation. The last was on 22 March.

When the OFT feels it has enough evidence to publish a “statement of objections” against a company – official documentation saying it will issue penalties under the Enterprise Act – it informs the stock exchange. Rather than waiting until the inquiry is over, the OFT is likely to publish statements of objection whenever enough evidence is gathered.

When the investigation finally finishes – and some sources predict it could be another 18 months – the OFT will reveal which contracts were subject to bid rigging and fines will be handed out. But the scope of the inquiry means penalties will not end there. A legal source said: “For the OFT to prove collusion it will have to give examples of projects, and that opens the door for contractors to claim damages from clients.”

For more on the OFT go to www.building.co.uk/archive