This pensions crisis can only get worse

Consultants that offered generous final salary schemes decades ago are now suffering the consequences of shouldering huge pensions deficits. So why are these firms particularly hard hit and is there anything they can do to patch up their pension pots? 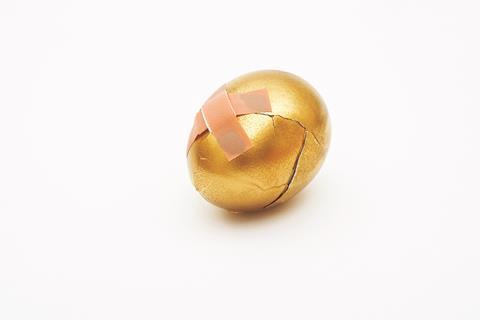 For one well-known and respected infrastructure designer in the construction industry, his company’s pension deficit could dramatically change his life.

Approaching retirement age, due to the hanging spectre of his employer’s pension scheme deficit, this consultant, who declined to be named, potentially faces being on a fixed income pension plan for the rest of his life.

That means he will get no increases with inflation - so if everything starts to cost more, he will still get paid the same, potentially halving his spending power over time.

This scenario would unfold should a proposal by the employer to address the deficit be rejected and leave the scheme in the hands of the Pension Protection Fund.

And that’s because his employer Halcrow - owned by American engineering giant CH2M - has racked up a spiralling pension scheme deficit of £600m, bigger than that of BHS.

“It’s a very serious problem”, says Edward Evans, co-chairman of the Halcrow Pensioners Association (HPA), which was set up by Halcrow pensioners to fight against planned cuts to their pensions. In doing so they sought the advice of lawyer Martin Jenkins, who represented pensioners affected by the Maxwell pension scandal (see box below).

Explaining the real impact these deficits can have on pensioners, Evans says: “If you’ve got a five-year period linked to inflation but you take that away, your spending power could be halved. That means you might not be able to afford your house anymore and you might have to downsize for example.”

In practice, it is unlikely the drop would be quite that severe; a CH2M spokesperson points out that “inflation is currently running at 0.3% a year” and that for spending power to be halved, “inflation would need to be running at 13% a year for five straight years, which has not happened in living memory.”

However, the warning is clear. Evans adds: “What everybody is looking for is a minimum level of protection against inflation.”

Halcrow has written to pensioners outlining a new scheme, giving them a 2.5% boost to their savings but cutting their annual increases from the current level of 5% to Consumer Price Indexed-inflation, which currently stands at 0.3%.

If pensioners reject the offer or do not reply by 5 August, their pensions will be moved to the state-backed pensions lifeboat the Pension Protection Fund (PPF), where retirement-age pensioners would receive full payments but no increases, while those not of retirement age would take a 10% cut and be subject to the earnings cap.

Halcrow’s parent CH2M has argued that if a solution is not found soon to the pension deficit issue, it would mean Halcrow being insolvent with 4,000 jobs being lost and the Halcrow pension scheme therefore entering the PPF, which takes on schemes from insolvent companies.

While the situation isn’t as dire at other firms, Halcrow is certainly not only the company in the construction industry struggling pension-wise with a noose around its neck.

The latest accounts filed at Companies House for several big firms - mainly consultants - show many are saddled with big deficits.

The UK and Europe boss of Atkins, Nick Roberts, recently told Building his firm was ‘robust and resolute’ about managing its £265m pension black hole, which in all fairness was down from £298m the previous year.

In its full-year results to 2015, Arup revealed it has a £139m pension deficit, while Mott MacDonald’s pension gap currently stands at £91m.

Overall, figures from the Pension Protection Fund and Pensions Regulator have revealed the deficit on the construction industry’s final salary schemes stands at a staggering £33.4bn.

Of course, construction is definitely not alone in accumulating large deficits, and no firm in the sector comes close to matching BT’s monolithic £10.6bn pension deficit or Shell’s £6.7bn black hole.

But it certainly is an issue in construction. So what has caused so many firms in the industry, particularly consultants, to rack up such large deficits? And is it a problem?

Unfortunately there’s no magic formula. Either your employer pays in more, or you reduce benefits

It’s all about salary schemes

The reason for the deficits lies in the popularity of defined benefit - or final salary - pension schemes back in the 1970s, 1980s and 1990s, when final salary pension pots grew rapidly and were widely seen as an asset rather than a liability.

Wildly popular at the back end of the last century, final salary schemes pay out a secure income for life, based on a proportion of a pensioner’s final salary, with annual increases, whereas defined contribution plans - much more common today - pay a lump sum which the scheme member then has to invest themselves to secure a regular retirement income.

But a whole host of problems over the past decade, including poor stock market performance - buyers and sellers on the stock market tend to be institutions such as pension funds - and poor returns on gilts (the term for UK government bonds) have made final salary schemes a recipe for disaster.

Add in the fact that people are generally living longer than ever before and the scale of the problem becomes clear.

Whereas contractors employ fewer staff themselves and have more blue collar workers paid at lower rates, for consultants the deficits are often worse, mostly because they are more likely to have a higher number of directly employed - and better remunerated - white collar workers.

Richard Saxon, former chairman of architecture practice BDP when it was struggling with a growing pension deficit, says the generosity of the schemes handed out by consultants has also made it a more acute issue for them compared with contractors.

He explains: “Consultants had better schemes and often more benefits than contractors. Also, a lot of staff tend to stay a long time at consultants so they rack up more benefits.”

While consultants have felt the impact the most within the sector, Saxon adds that pension deficits in construction companies in general have been exacerbated purely because of the nature of the industry. 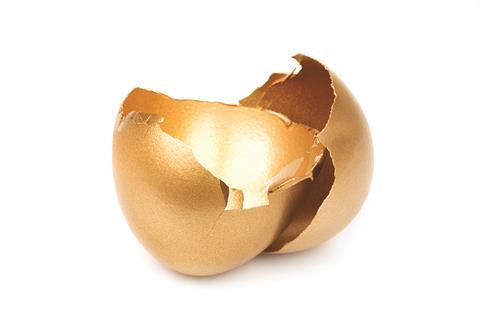 What’s to be done?

It’s worth noting of course that firms don’t have to find the money immediately to plug any pension gap, and can tackle deficits in a 20-30 year timeframe. But at the end of the day, that extra money still needs paying.

So what can firms with spiralling deficits on these final salary pensions schemes do to tackle the problem?

He says: “Unfortunately there’s no magic formula. Either your employer pays in more, or you reduce benefits.”

On the latter point, he adds: “Switching the rate of inflation-linked increases from the higher RPI [Retail Price Index] rate to the lower CPI [Consumer Price Index] does have an effect on reducing the cost of pension schemes.

“Also, encouraging people to transfer away from the scheme when it best suits them will also help.” Some pensioners have decided to transfer out of final salary schemes due to their inflexibility, as such schemes provide a fixed income for life but no option to take a lump sum.

For BDP, Saxon says a combination of market recovery and sticking to a repayment plan agreed with the PPF helped the architect overcome its “unaffordable” pension deficit.

The practice had struggled at one point with an £88m deficit - which it said was threatening its “fundamental financial sustainability” - but an upturn in the market after the recession and BDP’s increasing profitability meant payments to cover the deficit became affordable again, allowing the firm to get a grip on the issue.

Almost all employers in construction, along with most in virtually all other sectors, have now closed final salary schemes to new members, ushering the end of an era for “gold-plated” pensions.

But just because the schemes may disappear, that doesn’t mean the problems will too. Firms that ran final salary schemes will still have to honour all of their historic commitments, being lumbered with the pay-outs until the last member dies.

And in fact, Saxon believes the pension problems will get worse. He says: “However bad it is now, it’s going to get worse. People are continuing to live longer and interest rates are falling so returns on investment are weaker.”

It’s said that only an actuary worries about people living longer. But given the swelling deficits of final salary pension schemes, perhaps construction firms are starting to worry too.

How will Brexit affect pensions?

Since the Brexit vote, figures from pensions consultancy Hymans Robertson suggest the total deficit of final salary pension schemes has worsened by £80bn.

For construction firms, particularly vulnerable to the UK’s exit from the EU - as proven by tumbling share prices in housebuilders and contractors - ones with already large pension deficits may have to pay more attention to their ailing final salary schemes.

Hargreaves Lansdown’s Danny Cox says for firms struggling with their pension deficits, Brexit will have only made things worse.

He explains: “When gilt yields go down, the cost of providing pensions goes up, and the cost will have gone up [since the Brexit vote], which means employers will have to pay more to secure the same amount of benefits.”

Cox adds that pension funds that have invested in housebuilders, whose shares collectively fell by 37% at one point post-Brexit before recovering slightly, will also take a big hit from Brexit.

Halcrow pensioners have enlisted the help of law firm Irwin Mitchell’s head of pensions, Martin Jenkins, in their fight with Halcrow’s parent company CH2M over cuts to their pensions.

Jenkins rose to prominence in a saga that rocked the pensions world and led to new laws being created.

Very soon after his death in 1991, it emerged in an ill-fated audit that the Mirror Group had spiralling debts and that £440m was missing from the company’s pension fund.

After a bitter eight-month trial and three-year campaign, around 30,000 Mirror Group pensioners finally got a £100m government pay-out and a £276m out-of-court settlement with City institutions.

As a result of the scandal, the government launched a review into how the running of pension schemes could be improved to stop people like Maxwell embezzling money from a company’s pension fund. The end result was the Pensions Act 1995.