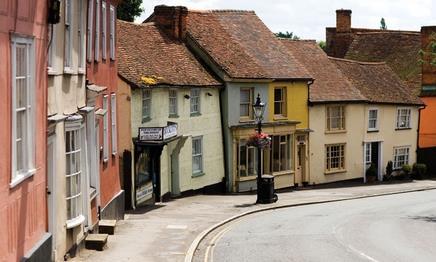 L is for … The government has twice shied away from including consequential improvements in reforms to Part L. Now one small council in Essex has shown that not only can it be done, but it can even be popular. In the second in our series on the Part L consultation, Thomas Lane finds out how it works

Jake Roos was furious when he heard that the government had dropped plans to make consequential improvements part of the latest reform of Part L of the Building Regulations. The idea was to make homeowners upgrade the energy efficiency of their entire property when they built extensions, and he was angry because he had joined Uttlesford council as an energy efficiency surveyor who really wanted to do something about the UK’s badly insulated building stock.

What’s more, he was the right man in the right place: according to a 2006 survey, the Essex district of Uttlesford has the highest carbon emissions per household in the UK. Now the one measure he thought would make a difference had been dropped at the last minute. We should add that this was the 2006 reform of Part L, when then housing minister Yvette Cooper dropped the improvements because the government was worried it would upset voters.

Roos was undeterred. If the government wasn’t going to do it, he would. “When they didn’t put consequential improvements in the last Part L we were very disappointed,” he says. “I turned to my colleagues and said, ‘Stuff it. Let’s do it through planning’.”

Which is what he did. On 1 April 2006 Uttlesford became the only council in the country where householders had to spend up to 10% of the budget for their building works improving the energy efficiency of their existing home as a condition of planning.

Three years later there was a sense of déjà vu about the whole business. The draft consultation for the 2010 version of Part L proposed bringing back consequential improvements. But this time the idea didn’t even make it to the consultation because new housing minister John Healey kicked it out. Roos was as disgusted as he had been in 2006. “We’ve got Ed Milliband saying we have to cut emissions by 80% by 2050 but they aren’t doing anything about it. It seems spineless to me.”

Although the government hasn’t said why it dropped the proposal this time, it’s a fair bet that it was for the same reason as last. “We are leading up to an election and the question is: would it pass the Daily Mail test?” says David Strong, chief executive of sustainability consultant Inbuilt. There are other worries – for example, could it put people off doing up their homes, thus further damaging an already beleaguered construction industry? But do these fears have any grounds? Building went to the nerve centre of Uttlesford council, in genteel Saffron Walden, to find out.

How does the scheme work?

The scheme is straightforward, and could be a model for the rest of the UK if consequential improvements ever make it into Part L. In Uttlesford they are a condition of planning but are administered by building control. After permission is granted a building control officer visits the home and carries out a survey. A letter is then sent to the householder detailing the type of improvements the council wants carried out. The homeowner gets the work done and building control signs it off when approving the rest of the works. Originally homeowners could do the energy efficiency works after the extension was finished and send the receipts in as proof, but as most people do the energy efficiency improvements before the extension is finished, and this is easier for the council to administer, it requires everyone to do them before the main job is finished.

What improvements are required?

Once building control has done the survey it selects the improvements required from a menu of eight options. The menu consists of measures with a payback time of less than seven years, and include cavity wall, floor, hot water tank and loft insulation, a new boiler, heating controls, draughtproofing and low-energy lightbulbs. The council has deliberately avoided measures with a long payback period such as double-glazing. The beauty of the scheme is that the council doesn’t insist that 10% of the budget be spent on improvements regardless of measures the homeowner has already installed. “If there aren’t any easy wins, there’s nothing to be done. We’re not going to insist on anything costly or disruptive,” says Roos. For example, if a home is already well insulated and a new boiler would push energy improvement costs over 10% of the total budget, the homeowner doesn’t have to replace it.

Isn’t the scheme difficult to administer?

Keith Osborne, the head of building control at Uttlesford, says several other councils have approached him with a view to implementing the scheme, but they all foundered because their building control departments refused to co-operate. Roos says securing the buy-in of building control is essential as it is ideally placed to administer the scheme and has the technical expertise to make recommendations.

Osborne says administering the scheme is “not that onerous – you are visiting the job anyway, so spending an extra 10 to 15 minutes going through the energy requirements is not a big deal”.

What do the homeowners think?

When Building recently asked a selection of people what they thought about consequential improvements, most of them were against it (22 May, page 22). Amazingly, the people who have actually had to spend money on the real thing are much more accepting (see below). “We were surprised ourselves by how readily people accepted the requirement,” says Osborne.

“We thought there would be more opposition.”

His colleague, building surveyor John Farnell, says he wouldn’t enforce the scheme if there was opposition: “If we found we were getting animosity, we would say sorry, it’s not our job and we aren’t doing it.”

Roos hasn’t much time for these grumbles. “Is it unreasonable to spend a few hundred on some loft insulation when spending £10,000 on a kitchen? When you look at the impact of climate change, it requires a proportionate response.”

Why haven’t people made more fuss?

For a start, the residents of Uttlesford are among the most affluent in the UK so are less likely to grumble about the cost. Also several of the residents Building spoke to had been given a grant to do the work. But not everyone in the district is wealthy or is in receipt of grants. Farnell reckons once people realise how badly insulated their homes are they accept the scheme. “When they see how much insulation is going into the new extension, they realise how woefully inadequate the insulation is in their existing home,” he says.

The reason why the scheme has worked is probably its flexibility and pragmatism. All the measures have a short payback period and once people realise that ultimately they will benefit, they are more likely to accept it.

The other key element is not insisting blindly on spending 10% of the budget regardless of earlier improvements. Many homeowners are only required to upgrade their insulation, which only costs a few hundred pounds and considerably less than 10% of the budget.

Unsurprisingly, Roos is convinced that consequential improvements could work everywhere. “It’s a shame that nobody from government has taken an interest,” he says, “having proposed it twice and pulled back both times. It shows they have got no bottle; we’ve done it and proved it works”.

Over to you, Mr Healey.

What the residents think

Made redundant in 2002 and is now a full-time carer
Type of house 1967 two-storey semi-detached, two-three bedrooms
Type of work Garden room and ensuite bathroom added in 2007
Value of work £100,000
Value of consequential improvements £9,000 for a new boiler
What Nankivell thought about the requirement
“It wasn’t very painful as our boiler was 20 years old. The issue was it was located in the middle of the house and there was no drain for the new condensing boiler so we had to move it. We knew we would have to get a new boiler in the next four years. The council were quite good about it as they normally stipulate you must have 250mm of roof insulation but because my loft was boarded out for storage,
I wasn’t required to do it.”
Any difference in energy bills?
“It’s very difficult to say as I’ve now got my father living with me so the house is occupied all day. The bills certainly haven’t gone up.”

Mother
Type of house Seventies detached, three bedrooms
Type of work Sunroom added in 2007
Value of work £17,000
Value of consequential improvements £200 for cavity wall insulation, plus low-energy lightbulbs in the extension. The home already had a new boiler and plenty of loft insulation.
What Hockley thought about the requirement
“It did come as a bit of a shock as we only became aware of it once we had nearly finished the work. The builder assumed we knew about it, and if it was in one of the pieces of paper from the council, we missed it. It wasn’t obvious or highlighted in any way. It wasn’t expensive but it was a nuisance as we had finished the work and our daughter was about to be born. It wasn’t very good having pneumatic drilling going on with a new baby. If we had known about it we could have had the work done before our daughter was born.”
Any difference in energy bills?
“We haven’t really noticed any difference. The heating is on constantly including at night during the winter but we haven’t noticed that this year’s bill is any less than last year.”