We want to make a complaint – ConstructionSkills’ Mark Farrar interview 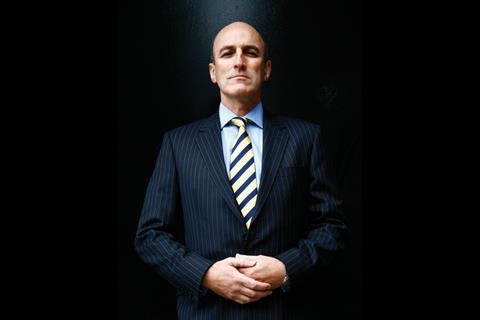 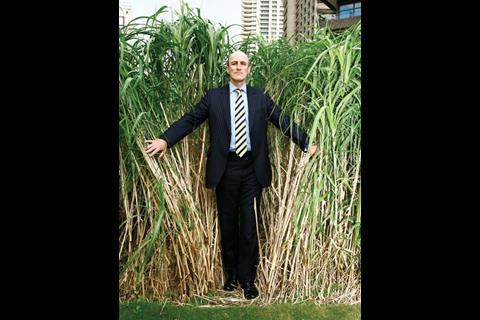 It seems that the industry is deeply unhappy with ConstructionSkills. Roxane McMeeken tells its new boss why – and asks him what he’s doing about it. Photographs by Tom Harford Thompson

Let’s hope Mark Farrar is as tough as he looks because he is facing one of the hardest jobs in construction. The new head of training body ConstructionSkills has to do in a recession what Peter Lobban, his highly paid predecessor, failed to do in a boom: get the industry to train enough recruits.

In a poll conducted on Building’s website over the summer, 74% of 233 respondents felt they didn’t get value for money from the CSkills. Part of the reason is no doubt that last year it got only 8,500 people onto apprenticeships at a time when the industry needed 88,000 recruits a year (albeit not all of them through the apprenticeship route). Some would say that is not a great return on an outlay of £290m for the financial year 2007/08. Especially when 57% of that money came from the construction industry levy.

Our readers may well have been further piqued by the fact that, at the same time, Lobban was pocketing a salary of £258,600. Even fellow public servant Gordon Brown only gets £187,000.

So how can an organisation that is so well resourced, with 1,399 staff in 27 offices and colleges across the country, still be failing to satisfy so many in an industry whose welfare is its only reason for existence. And what is the new man going to do about it?

The new man is a 47-year-old Irishman, working out of a nondescript office opposite the Barbican in central London. Farrar’s default position is that he agrees that there are issues, but they’re not such a big deal. With the air of a classic civil servant – reserved, unflappable, polite – he says: “I am under no illusions that we have challenges to meet here – apprenticeships, for example.” But he adds that “we do bring in a significant number of apprenticeships every year”.

Moreover, the problem is “not attracting young people to apprenticeships, it’s finding employers to train them”. Does this mean he blames employers? “No. I understand employers have key decisions to make, especially in a downturn, but they do have to invest in the future.”

That’s all very well, but many in the industry say they would be happy to carry out training if they got enough money from CSkills to pay for it. Concrete contractor Doyle, for example, says for every £1 it pays in levy, it only gets back 75p in grant.

When Farrar joined CSkills as corporate services director in March 2007, his remit covered the levy and grant system, so it is his baby. What is he doing to improve the way it works? Well, not much, as he argues that it’s already been improved and is working pretty well, thank you.

“Last year, for the first time, we returned £1 in grant for every £1 of levy that we received,” he says.

Brushing aside the claims of Doyle, Farrar says: “What we say to those not getting enough grant is that the way to get more is to undertake more training. Those that do the training, and in significant volumes, are the ones that will be claiming the equivalent amount of grant and will see the best returns. That is how the system is designed.”

Another gripe of employers is the amount of legwork involved in claiming grants. Doyle says it employs someone full-time to do this. Here, Farrar does admit there is a problem and says he is looking at setting up an online system to address it. Less encouragingly, he thinks it will take between one and two years to develop. This is the fastest that can be expected “with IT development being what it is”.

We say to those not getting enough grant that the way to get more is to undertake more training. That is how the system is designed

Before then there are one or two more pressing concerns to address. The impact of the downturn has already led companies to lay off apprentices. In the housebuilding sector alone about 1,000 apprenticeships are at risk (see box, below).

Farrar could be forgiven for sounding helpless in the face of this coming storm. He says: “CSkills is trying to visit companies and help them either retain their apprentices or, if necessary, find them an alternative home somewhere else in the industry so they can complete their training.”

It is difficult to see how this will work, given the state of the housebuilding sector. But Farrar is at least prepared to talk tough. To those contractors thinking about abandoning training altogether he says: “How much do you think errors and wastage are costing you? It’s only training that can fix these things.”

He is also trying to encourage training by asking public sector clients to demand that any contractors they use employ apprentices. “It should be part of the necessary procurement criteria,” he says.

CSkills has made noises about this before and nothing has changed. Farrar insists coolly that momentum is gathering this time. “There has been some continuing work with the Office of Government Commerce, and [then] skills secretary John Denham has recently said he would write to his Cabinet colleagues suggesting that they follow that lead. I personally will be looking to carry that message into the public sector.”

He plans to win over the public sector by persuading it that it is in its own interest to demand that contractors take on apprentices. “Ultimately for the client it’s the best long-term deal. They will get better quality buildings. Efficiency and productivity will be enhanced.” But he concedes it will be ”a long-term gain and the challenge in the immediate future will be dealing with the financial difficulties we all face”.

That seems rather an understatement – especially as CSkills was struggling to follow through on its new apprenticeships initiatives even before the financial turmoil of the past month. For example, in the summer, CSkills told Building that its programme-led apprenticeships (PLA) would be a step forward. The PLAs aim to encourage wary employers to take on trainees because the apprentices do all their college training at the start of the course, so when they arrive on site they have had the maximum amount of off-site training and are therefore less of a risk for the employer. CSkills had hoped to get 1,000 PLAs on site between July and September this year. It has achieved 600, with a further 130 still to start.

Farrar concedes: “We need new routes to achieving apprenticeships,” but says he has a few ideas up his sleeve. One is to gather together firms on a regional basis to form “group training associations” that could run schemes jointly. But how close is he to forming such groups?

All Farrar will say is: “It’s at an early stage in terms of our own thinking. It would be nice to have the luxury of planning this over a longer period, but there are some urgent needs and the faster we move, the better.”

Farrar’s recognition that there is a need to act fast is encouraging. But how much sway he will have over public sector clients is questionable and even he admits that pushing the industry to train during the downturn will be difficult. His plan to streamline the process of reclaiming grants is also less than convincing: the idea of automating the process, while welcome, sounds some way off. One industry source told us CSkills needed a “grand vision”. Whether Farrar is a man who has such a vision remains to be seen.

For more on training go to www.building.co.uk/students