West Ham won the acrimonious battle for the post-Games conversion of the Olympic stadium. But will its football stadium-cum-athletics arena be able to create the intimate atmosphere its fans demand? 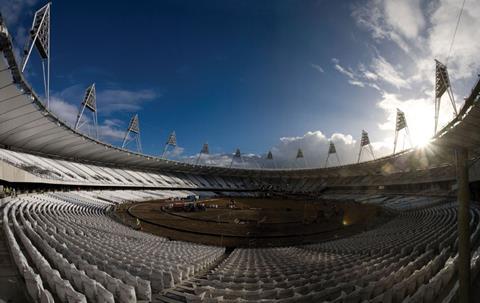 From the very start of the London 2012 bid, all interested parties have been focused on what will happen to the stadium after the Games have finished.

Throughout this long, arduous process the elephant in the room has been the scarring precedent set by two large-scale projects on which our national pride was once staked and (initially) squandered: Wembley stadium and the Millennium stadium in Cardiff. Although today they are successful venues, the catalogue of delays, derision, over-spending and indecision that afflicted both projects during and after construction was the unspoken terror surrounding the Olympic stadium’s long-term fate.

West Ham’s selection last month as the preferred tenant for the Olympic stadium is a major step in securing a viable future for the venue. The club’s triumph over Tottenham’s flawed bid will see the stadium’s capacity reduced from 80,000 to 60,000 and retained as a multi-purpose venue for both football and athletics.

It will also host other events such as Twenty20 cricket, rugby, American football and music concerts. Its 74,000 capacity in cricket mode will also make it the fourth largest cricket stadium in the world. Crucially, throughout all these configurations the running track will be retained, a key athletics legacy commitment that Tottenham was unwilling to fulfil.

But for many football fans, the idea of an athletics track in a football stadium borders on sacrilege because of the distance between them and the pitch. Unsurprisingly, the assorted ranks of Tottenham’s high command have been anxious to pour scorn on West Ham’s dual-use proposals at every opportunity. According to former Tottenham chairman, Lord Sugar: “You cannot combine football and an athletics stadium; it simply doesn’t work and has been proven time and time again.”

The last UK example we have of the conversion of a large-scale athletics venue into a football stadium proves this point. When Manchester’s Eastlands stadium was converted into the home of Manchester City FC after the 2002 Commonwealth Games - at a cost of over £30m - the pitch was lowered, the athletics track ripped out and permanent seating installed in its place.

Even football legend Pelé has questioned the critical issue of West Ham’s commitment to retain the track. “I really don’t understand wanting to play with a track around the pitch,” he said. “The best stadiums connect the fans to the pitch and if you lose that, you lose something that really matters, and eventually, you lose the fans.”

Can West Ham pull it off?

In the face of a good degree of historic baggage and both professional and emotional scepticism from many in the football community - including some of their own fans - can West Ham really keep the athletics track and still turn the Olympic stadium into a viable, charismatic venue for football?

According to Ian Tompkins, West Ham project director for the Olympic stadium bid, the answer is a resounding yes. “We wouldn’t be undertaking this project if we were not absolutely and unequivocally convinced that we can deliver a magnificent venue for football. We are determined to provide the sightlines and intimacy that is essential for the kind of atmosphere you need in a great football stadium.”

So how do they intend to do it? Although plans are still at concept stage and an architect has not yet been appointed, West Ham has been in consultation with designers from Westfield and Populous to advance their proposals. Westfield is building Stratford City, Europe’s largest urban shopping centre, to the south-east of the Olympic park and Populous designed the Olympic stadium itself.

Despite the reduction in capacity from 80,000 to 60,000, the overall size of the Olympic stadium will not change. West Ham will use the additional space released by the reduced capacity to treble the size of corporate hospitality and reconfigure seating layouts generally. This will include installing less seating behind the goals at each end of the pitch.

The most visible change to the appearance of the Olympic stadium after the conversion will be the removal of the distinctive triangular floodlighting masts on the roof. These will be removed as a result of the other major alteration that will take place at the stadium: the extension of the roof. At present the roof only covers the top tier of spectators, but the intention is to ensure that all seats are covered after conversion. Tompkins identifies the roof extension as the project’s “biggest single challenge”.

For fans, however, the more crucial challenge, and by far the most controversial element of West Ham’s proposals, is more likely to revolve around how close they are able to get to the pitch with an athletics track in the way.

Draw up a seat

Karen Brady, West Ham’s vice-chairman, has insisted that the furthest sightlines in the converted stadium will be 10 yards closer than their equivalent at Wembley. However many remain convinced that it will still be impossible for the Olympic stadium to capture the intimacy and excitement that proximity to the pitch normally generates. In fact, West Ham’s current stadium at Upton Park, a near-claustrophobic tinderbox of electric energy during matches, is renowned for being one of the most atmospheric grounds in the Premiership.

West Ham is exploring the installation of retractable seating systems to counter this problem, although it will not be adopting the Eastlands model, where the pitch level was lowered in order to accommodate a new tier of pitch-side seating.

Although examples of retractable seating on the scale required at the Olympic stadium are rare in the UK, there are precedents abroad. Both the Stade de France in Paris and the Docklands stadium in Melbourne have systems of this kind, both of which conceal an athletics track below.

Nonetheless, two crucial differences between these two examples and the Olympic stadium remain. First: neither venue has ever been the permanent home ground for club football. Second, and by far the most critical disparity: both the Stade de France and Docklands were designed with integrated retractable seating from scratch. No matter how sophisticated the strategy adopted at the Olympic stadium eventually is, it will only ever be a retro-fit solution with all the added constraints and complexities that this entails. It is essential that West Ham get this crucial issue of retractable seating right, as the entire success - or failure - of the Olympic stadium as a football venue depends on it.

One of the more unconventional aspects of the Olympic stadium is that the vast majority of its facilities (toilets, catering, hospitality) will not be located within the main body of the stadium but in detached satellite pods positioned all around it. Although this is consistent with the stripped-down utilitarian functionality that drives the stadium’s design, it obviously presents logistical problems for its ongoing use as a permanent venue.

West Ham plans to relocate these facilities within the main structure of the stadium underneath the inclined voids now visible below the stands. Within these areas they also plan to house education facilities and a museum. The ensemble will be completed by a community athletics track located beside the stadium.

The budget for the entire conversion has been set at £95m. Controversially, £40m of this will come from a loan from Newham council. Luckily for West Ham, Newham has never felt compelled to let its status as London’s poorest borough interfere with a rapacious appetite for public spending.

(The refurbishment of their civic offices last year cost a cool £111m, almost twice the construction budget for the Welsh Assembly.) Once again, Tompkins is confident the £95m figure will be sufficient to convert the stadium into a workable multi-purpose venue.

Time will tell whether West Ham is able to live up to its word, but one thing is already clear: any proposals for the conversion of the Olympic stadium are fundamentally hampered by the strategic failure to identify the venue’s long-term role years ago and subsequently integrate this into its design. For a Games rightly obsessed with legacy, this represents a monumental collapse of political foresight and planning. The City of Manchester stadium, where post-Games conversion criteria were embedded into its architectural concept, cost three times less to convert than the Olympic stadium will.

West Ham intends to counter this historic negation by putting a huge amount of faith in design. Yet its biggest challenges may well be cultural rather than architectural. Despite committed English disdain, dozens of European clubs are happy to play at stadiums with athletics tracks, including Roma, Lazio, Panathanikos and Spartak Moscow. West Ham has emphatically insisted that athletics and football can co-exist in the same stadium and that good design is the natural mediator between the two. It is now up to them to prove it.