What we lose if we lose Crossrail? 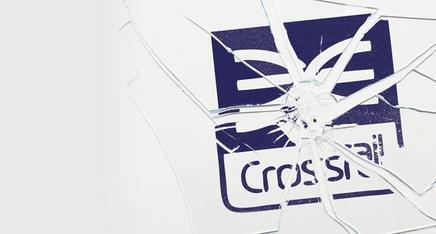 With the government rumoured to be looking to cut £30bn of transport investment, Crossrail is looking increasingly vulnerable. Sarah Richardson looks at what would happen if the project were scrapped now

Not again! It was way back in 1989 when the Central London Rail Study decided that the capital’s rail network was at the limit of its capacity, and that an east–west link was needed. A bill was duly tabled in 1991 and duly scrapped three years later. Then, after another 13 years of lobbying, reviews, and mounting evidence that the original study was right, Crossrail began to take shape. After the recession began, it became more than just a way of stopping London seizing up; it became the £16bn saviour of the construction industry.

Fears have re-emerged, however, that the scheme is just too expensive in today’s climate. Costs over the 20 years Crossrail has been in development have already mounted up: one senior economist said it was “impossible to quantify” the amount of money already spent: enough to hire hundreds of highly paid staff, who have drawn up plans for three major route lines and designed numerous large stations.

Last week, The Guardian suggested that the Department for Transport had £30bn less than it had expected to spend on new projects over the next 10 years. Despite Labour’s protestations of support, that makes Crossrail a tempting target. Ditching it would account for half of the required savings, and it is understood that the government would be able to halt the scheme any time between now and its fourth review period at the end of 2010, although it would still be expensive to do so.

The prospect has drawn cries of anguish from the construction industry. Rosemary Beales, national director of the Civil Engineering Contractors Association, says: “Whether you look at the impact that it would have on employment, regeneration, the economy or the competitiveness of UK plc, the case for Crossrail is unassailable.”

Michael Ankers, chief executive of the Construction Products Association, agrees. “For a more efficient economy, capital investment needs to be sustained. There’s no better example of this than Crossrail. It’s a double win, as it helps the economy in the long term and it helps construction.”

But given that UK plc will soon be staggering under a £1.2 trillion debt burden, and that the Conservatives have not committed to the project, its future is in doubt. Below we list the consequences if Crossrail were to be cut. Readers of a nervous disposition may wish to turn the page now …

2% of output
The annual output of the UK construction industry is about £110bn. Total Crossrail expenditure is a bit more than £2bn a year for the next seven years. This equates to something like 2% of total workload.

£800m of contracts
The government will have to terminate the contracts it has already signed and begin compensating firms for their costs and loss of profit. These include US engineer Bechtel, the winner of the £400m project delivery partner role, and the Transcend joint venture of Aecom, CH2M Hill and Nichols Group, which is carrying out the £100m programme partner contract. Twelve firms have also been appointed to a £300m design framework, for which eight of 21 packages have been let.

Rupert Choat, partner in law firm Cameron McKenna, said that because of the uncertainty over Crossrail funding, it would be surprising if the client had not built in “termination for convenience” clauses. This would allow the client to pull the plug on the project at the cost of paying for the work done and a small percentage of the value of the unfinished work.

He adds: “If they haven’t, they’d be on the hook for the lost profit of the contractor. It’s reasonably certain that one way or the other if the project is stopped, a significant amount of public money would be spent on work that is of no use or is mothballed.”

14,500 jobs
There are 14,500 jobs directly associated with building and operating Crossrail, and there are thousands more in the manufacturing supply chain.

Then there are the jobs that would be created by the finished project. When the government was putting together a business case for the project, its research indicated that it would make possible 30,000 jobs in “high value” areas of business and commerce; obviously, these would not materialise if the scheme did not go ahead.

The Thames Gateway
The business case for several major regeneration projects along the Crossrail route – particularly in east London and the Thames Gateway – would be undermined, raising fears that they would be delayed, scaled back or cancelled. The schemes most at risk are Berkeley Homes’ £750m Woolwich Arsenal project, which includes a £160m Crossrail station part-funded by the developer, and a cluster of projects in Canary Wharf at North Quay and Riverside South, again built around a new station. With rail capacity to the Isle of Dogs expected to increase by 54% as a result of Crossrail, the future of these projects is unclear if the rail scheme is halted.