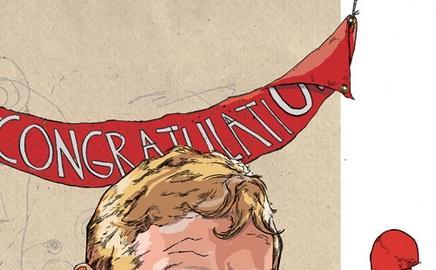 ConstructionSkills is in crisis: a trade federation is trying to jump ship, 250 jobs are under threat and grants are set to be slashed by a third. Enter James Wates … Sophie Griffiths reports on what lies in store for the training body’s new chairman

On 1 April, James Wates will replace Sir Michael Latham as the chairman of CITB ConstructionSkills. The choice of date is hardly auspicious, but at least it’s appropriate – the training body is not in a good way.

CSkills ran a £10m deficit in 2009, which was at least smaller than the £13m it lost in 2008. But the situation has become even bleaker since. A growing number of firms are noting a discrepancy between the size of the training levy they are paying and the training grant they get in return. One trade federation is even preparing to consult the government about leaving the body – a move that would echo the actions of its M&E and plumbing industries back in the late eighties (see below).

On top of that, about 3,500 apprentices are without training providers and in October CSkills predicted that just 36% of its apprentices would find work in 2010. So far, funds for apprenticeships have been spared the axe, but with grants set to be slashed by nearly a third in 2011, this looks to be a difficult position to maintain.

The appointment of Wates, who has been a CSkills board member for seven years, has been well received by the industry, but it is not clear whether he will be able to turn around the fortunes of the body. Suzannah Nichol, chief executive of the National Specialist Contractors Council (NSCC), says: “We welcome James, but this will be a testing time – we will need him to make some tough decisions and hold firm on behalf of the industry to maintain CSkills’ standing at political level. This isn’t an easy job.”

The state of CSkills

The body’s 2010-14 business plan states that its 2009 deficit, which it attributes to an unprecedented demand for grants in 2008, means that its working capital fell below the minimum level of reserves required by the government (see graph). This was reflected in a fall in levy return to the industry from £1.10 for every £1 levy paid in 2008 to £1.04 last year.

Meanwhile, the 15% drop in industry output over the past two years will continue to hit levy income, which is based on firms’ turnover. The income is forecast to be £174m in 2010, compared with £186m in 2009. A return to sluggish growth is not predicted until 2013.

The immediate impact of the fall in funds has been to force CSkills to cut jobs. The body made 140 of its 1,412 staff redundant in 2009, and Building has learned from a freedom of information request that it is planning to shed a further 250 posts before the end of 2011. Ninety-eight of these job losses have already been confirmed to staff. Mark Farrar, CSkills’ chief executive, says: “The organisation has stepped up efforts to make a range of cost savings to balance the books. Unfortunately, this has resulted in some redundancies. This is an unfortunate consequence of change, but necessary to meet the changing needs of our customers. We can’t say there won’t be more [redundancies] as the change programme rolls out.”

We will need him to make some tough decisions and hold firm on behalf of the industry. This isn’t an easy job

Some might argue that CSkills can afford to lose a few of its bureaucrats; more worrying to the industry is the effect on training grants. In December, CSkills announced a 15% cut in grant for all training except apprenticeships. It said the cuts would be backdated to August 2009, when companies made their training plans for the year to July.

Gavin Colclough, vice-president of the Federation of Plasterers and Drywall Contractors (FPDC), described the decision as “shocking”. “Effectively people will have carried out training and now will not be getting the support payment that they were expecting and signed up to,” he says.

And things are about to get a lot bleaker. In 2010, CSkills plans to distribute £165m in grant, but this is forecast to plunge to £115m in 2011, a level that is bound to put apprenticeship grants in the firing line. In January, CSkills board members said the training body was facing mounting pressure to slash apprenticeship grants. On 10 December, the main board was given a proposal by the Grant Scheme Working Party that recommended “that all [apprenticeship] grant paid out of the grant scheme be cut by between 15% and 20%”. The working party had passed the proposal, eight votes to five. Board members vetoed the move but only after what sources described as a “long and difficult discussion”. They fear it is only a matter of time before the vote to cut apprenticeship funding is passed.

Other grants that were also vital to the industry have been slashed. These include the toolbox talks scheme – 15-minute site lectures and updates on health and safety – which will be cut from 1 August 2010. Industry figures say these talks are often required by clients and are the main way to educate the workforce in health and safety.

The group business manager of one £50m-turnover firm says his company was angry at the removal of funds for this scheme because it was used widely, and taken away without any consultation. “We do about 20,000 hours of toolbox talks a year,” he says. “We were usually given £4 an hour for them, so that’s £80,000 that’s been taken from us without our consent.”

He adds: “We still have to give these talks to our workers – most of our clients insist on them – but now we won’t have the luxury of the grant. It’s not going to be easy to fund them when we’re still struggling to survive in the downturn. Smaller firms may cut them altogether which could be really dangerous.”

Andrew Measom from Leicester-based specialist Measom Dryline adds: “Anything that jeopardises the number of talks will have a detrimental effect on the safety of sites, ultimately putting lives at risk.”

When the levy breaks

This anger is being exacerbated by the diminishing returns from the levy. One company describes it as a “tax and burden that we don’t seem to get much back from.”

The levy is worked out according to a company’s head count from the previous year. As a result, firms that cut jobs in 2009 were hit particularly hard by the levy last year. “Yes, this will benefit us when the upturn comes,” one managing director says, “but we have to get there first, and the way things are now, many firms won’t make it. They need to bring the cost of the levy down. I know CSkills is suffering, but so are we.”

Paul Jessop, chief executive of the FPDC, says: “The idea behind the levy was to ensure that funds for training were not subject to market forces, instead of which we just seem to be paying for training in other sectors.”

The FPDC has told CSkills that it wishes to put forward a case to the government for plastering and drylining to be taken out of the scheme, and Jessop admits he has looked into the possibility of joining SummitSkills, the skills council for M&E and plumbing.

What can Wates do?

This makes the situation Wates finds himself in eerily similar to that which faced Latham when he took the chair in 2002, when the BWF was also investigating the possibility of leaving. Richard Lambert, the BWF’s chief executive, says in 2002 the sector felt the CITB had failed it. “There was a lack of understanding about what the employers and the apprentices needed,” he said. “We reached a critical point, but CSkills worked hard with our members to turn this around. They helped us to maximise the grant scheme and set up a training forum to assess what we needed within the woodworking sector.” The turnaround is evident in the amount of grant the woodworking sector receives – an average of £3-3.50 for every £1 it puts in.

But can Wates effect such a turnaround for the current crop of aggrieved members? For Jessop, it may already be too late, although he says he is still in talks with CSkills. He says: “Good luck to James Wates. It’s good to see someone with a huge amount of construction knowledge in charge. We would hope that, along with Mark Farrar, he can begin to make CSkills an organisation that the people who pay into it can be proud of, rather than one that is constantly berated for being out of touch.”

As CSkills enters a two-year period in which grants are set to fall by a third, this would be an impressive turnaround indeed.

He has worked in construction all his life, starting on site for the family business as a schoolboy during holidays. In 1997, he joined the main Wates board and was appointed group deputy chairman in 2007. Outside of Wates Group, he chairs the UK Contractors Group, is a senior vice president of the Chartered Institute of Building and a vice chairman of the CBI construction council.