Where did it all go? 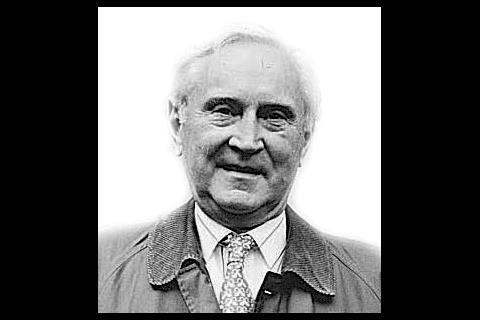 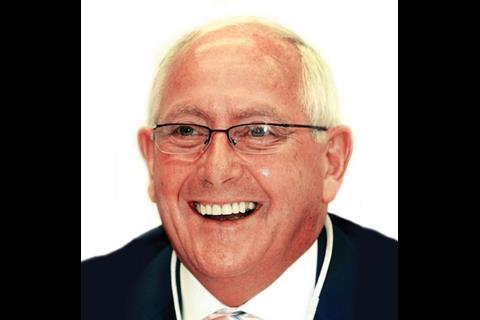 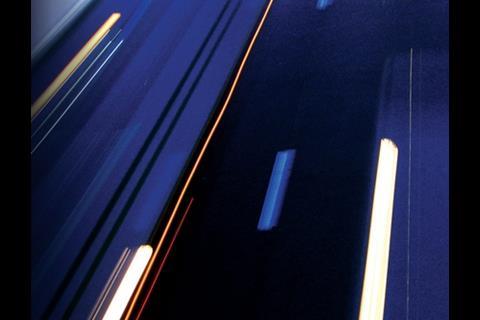 One of the things Blair’s tenure is certain to be remembered for is the surge of public spending that began in his third year in office. Here, Angela Monaghan, Mark Leftly and Sarah Richardson explain what it was spent on

You’ve never had it so good.

While these were the best remembered words of one prime minister, Harold Macmillan, they are an apt description of what it has been like for construction under Blair.

The government has pumped cash into public services at a rate previously unheard of in this country. Since 1999 it has invested £277bn in capital infrastructure works.

For the first two years of its reign, Tony Blair’s government committed itself to John Major’s spending plans. This was a move made out of electoral necessity: Blair and Gordon Brown believed it would make Labour appear prudent at a time when it was thought of as a high spending, high tax, high inflation party. After that, the money flowed like a river, fuelled by a policy of mobilising private finance that was hated by Labour’s union backers. It helped to buoy up construction at a time when the commercial market was starting to dip, and it helped the industry keep growing through the aftermath of 9/11.

Blair has a well-known obsession with his place in history. Whatever the rights and wrongs of his foreign policy, there are certain things that people won’t be able to take away from him – the schools, hospitals, houses and maybe even a few roads that will all remain long after he has gone.

It seems strange to imagine now, but there were fears in ‘97 that Labour was going to axe the PFI (see the headlines, left). For example, on 9 May that year Building reported that Sir Martin Laing, then chairman of the eponymous construction empire that the PFI helped bring to its knees, called for the government to stick with the procurement method.

Laing said: “Projects in the pipeline will go ahead, but there is a distinct danger that procurement and the way that public sector money is spent will be completely changed.”

He needn’t have worried. Labour embraced the programme for the same reasons as the Tories: it kept spending off the balance sheet.

The government started the process of invigorating the PFI by introducing a 10-point plan that included the introduction of standard clauses. In 1999 this became the standard contract, which introduced some stability to a negotiating process that had differed wildly from deal to deal.

The reward was clear: in education, PFI spending increased from £35m in 1997/98 to £1.2bn in 2004/05. However, the government has never really got the process to run smoothly. Bid costs were as high as

2-6% of project value and schemes were subject to delay and political risk, particularly in the health sector. The government is only now considering reimbursing a proportion of the money spent on the bids.

Ian Rylatt, capital projects managing director at Balfour Beatty, says: “The government has achieved a hell of a lot. There have been nearly 700 PFI schemes and it has brought ownership of assets.” By this Rylatt means that the PFI has ensured that the consortiums work hard to ensure that the building is working well and avoid penalties.

Rating 4/5 (For its commitment)

It can be argued that Labour salvaged the Tories’ hospital building programme. In 1997, trusts were competing to get dozens of PFI schemes out to the market with no regard for the industry’s capacity to build them. On top of that, the NHS’ procurement expertise was often poor, and the result was that no large scheme had been signed.

Geoffrey Robinson, the then paymaster general, demanded that the Department of Health (DoH) focus on a few big schemes.

In 2000 Blair announced that 100 hospitals would be built over the next decade. So far, nearly 70 are operational. The programme now includes 142 large and medium-sized schemes beyond 2010. However, some observers maintain that the inclusion of medium-sized schemes has changed the definition of “hospital”.

Whatever the semantics, the statistics and the previous regime’s legacy, there is no doubt that the sector has been a struggle for this government. For one thing, bidders have become thin on the ground. In 2001, the DoH had to change its rules to ensure it could get the vast Barts and Royal London scheme off the ground – it only attracted two bidders when its own rules required three.

More seriously, many trusts have found themselves in debt, with PFI payments often to blame. And schemes’ budgets have shown an alarming tendency to inflate without warning: the abortive St Mary healthcare campus at Paddington went from £300m to £894m. Rising costs forced Patricia Hewitt, the secretary of state for health, to temporarily freeze the PFI programme at the end of 2005.

Things seem to be getting back on track now, though, with seven hospital PFIs approved this past February.

Rating 3/5 (Lots of work for construction companies, but too many scares as well)

A focus on the school system was at the top of Blair’s agenda from the start, and it is undeniable that over the past decade there has been an unprecedented amount of money and ambition set aside for the construction and refurbishment of UK schools. Blair has masterminded the city academies and the £45bn Building Schools for the Future (BSF) programme, which aims to rebuild or refurbish every one of England’s state secondary schools over a 15-year period.

BSF has got off to a slow start, but is now providing the construction industry with exactly what it likes: a clear and detailed programme of investment over a 12-year period. This gives firms the confidence to invest in the sector. And so they have. Most major contractors are bidding for BSF, and of the 16 schemes that have reached financial close or preferred bidder stage to date, only one contractor has won more than one scheme – Balfour Beatty has reached financial close with Laing O’Rourke at Manchester and is also preferred bidder at Knowsley on Merseyside.

The politically controversial city academies programme, which is on target to make progress on 200 schools by 2010, also provided the industry with another of its favourite things: a national framework, from which Balfour Beatty, Carillion, Kier, Laing O’Rourke, Skanska and Willmott Dixon have all benefited.

The successes and difficulties of the BSF and the city academies programme have both been widely documented. What has been less publicised is the Sure Start children’s centres, 3,500 of which have been promised for the under-fives by 2010. To date, the government has exceeded its targets on delivery.

Plans also exist for the primary school estate. Here the target is to rebuild or refurbish about 9,000 schools, or about half the total, by 2025.

Blair has put education at the heart of Britain’s long-term social and economic improvement and the construction industry has reaped the rewards of that policy and will continue to do so.

In sharp contrast to schools, the transport sector under Blair has been a disappointment. According to the Construction Products Association (CPA), transport has been the area where the government has performed the worst. Not only has it under-invested, but it has reneged on the grand pledges it made.

In 2000 John Prescott, the deputy prime minister, told the House of Commons that £180bn would be invested in road and rail, as well as new light railway infrastructure. In reality, that plan was effectively abandoned . True, the government has not actually said so, but it has made no further mention of the plan, it has not strived to achieve its aims, has not redrafted investment targets and has not come up with a replacement plan. Since 2000, construction output on roads has dropped by an average of 26% a year, and in rail by 42%.

While the Eddington Review was broadly welcomed by the industry, in actual fact it was little more than a report saying that what is needed is a plan. CPA chief executive Michael Ankers says that lack of investment in the sector is the achilles heel of UK productivity.

One of the most politically sensitive issues has been the government’s abandonment of plans for light railway schemes, 25 of which were promised. Five schemes are now open and two under construction, but cities including Manchester were more than a little miffed when the Department for Transport withdrew a promise of funds and redirected them to the 2012 Olympic Games in London.

While some high-profile projects are on target, including the completion of the high speed Channel Tunnel rail link by 2010, others, including Thameslink 2000, are not. Crossrail has yet to secure funding and the government’s part privatisation of London Underground in 2003 has not been a roaring success.

The stats, the spats and the things people said…

Issue of the decade: Skills shortage

… was the average wage of a general foreman in ‘97. The skills shortage means that these guys can now earn £37,000 in London

Chastisement of the decade

“Architects have a habit of drawing pictures and then going home. My particular punishment for architects who design bad buildings would be to make them live in them for a year”
Sir Crispin Tickell (pictured), the then chairman of the Panel on Sustainable Development, doesn’t mince his words

Demerger of the decade

Tarmac splits into an aggregates firm that retained the name and a construction company called Carillion. Tarmac took the £317m debt and Carillion grew to become the country’s eighth biggest contractor

Problem projects of the decade

The National Physical Laboratory (NPL) and the Millennium Stadium in Cardiff destroyed the Laing construction empire. Laing wrote off £75m on NPL and £25m on the stadium. It was due to open in 2000, but the finishing touches have only been made this year...

Deal of the decade

Rumour of the decade

That Bovis and its Australian parent Lend Lease would split. This reached fever pitch in 2002 - it was thought that whoever took over from Lend Lease’s outgoing chief executive David Higgins would seriously consider the option. Greg Clarke took over and kept the factionalised businesses together

Break-up of the decade

“A lot of the initial ideas have come from me. I don’t know where they come from really; I sketch them out and they get worked up”

Ken Shuttleworth’s quote in a 2003 Building interview caused such furore with his boss, Norman Foster, that Britain’s most successful architectural double act split up at the end of the year

Silly quote of the decade

Naughty boys of the decade

That was the cumulative fines for seven flat-roofing firms found guilty of collusion. The Office of Fair Trading is still investigating the industry

Court case of the decade

Delay of the decade

The £757m Wembley stadium opened a year late and £400m above the original estimate. Multiplex, the main contractor on the stadium, is involved in legal action against steel contractor Cleveland Bridge and M&E firm Honeywell, and reached an out of court settlement with client the Football Association, which paid it £36m