7
Why a good employer is a green employer
Focus

Why a good employer is a green employer 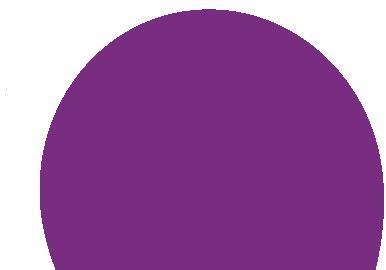 That big purple balloon over there symbolises the amount of carbon that your office produces. If you want to boost staff morale, all you have to do is shrink it.

It’s obvious to anyone who occasionally turns on a television or picks up a newspaper on a train that sustainability has become the great issue of our day. The government’s chief scientist tells us global warming is a greater threat than terrorism, the finest scientific minds say the fate of our civilization is in the balance, and a 300-year-old political party has recently chosen to base its brand identity on it.

It’s equally obvious that the modern company has to be seen to be taking the issue seriously. Problem is, to do more than that is expensive and inconvenient. And what happens if you spend a lot of money on reducing your carbon footprint and your competitors don’t? You don’t have to be an expert on the construction industry to know that bad practice drives out good. Wouldn’t it be easier to apply a little greenwash by making your staff use the stairs one day a month and putting up some posters?

Well, you could, but this has its own risks. If you’re a public company, you might lose out on investment. All companies must now respond to the growth of ethical investment and the FTSE4Good index, environmental criteria in tender documents, eco-regulations … and, above all, the need to make sure your workforce is happy to work for you.

Research published this year by the Carbon Trust, a government-funded body that helps businesses improve their eco performance, revealed that two out of three employees consider it important to work for a company with a policy to reduce emissions. What’s more, one in four says their company is not doing enough to cut emissions. Less than a fifth say their companies help employees become more energy-efficient. This is bad news in one way, but good news in another, as cutting carbon offers an opportunity to improve morale and, hence, the performance of an eco-conscious workforce.

Keith Waterman, head of facilities at Davis Langdon, says sustainability is important for young people when selecting an employer: “It’s an interest of theirs when looking at choosing a company. With the state of our market it’s hard to find good people, and good people are ones that care.”

All this raises a fundamental question: should a company concentrate on greening its product – or itself? Firms pay much attention to building methods, but what really matters to staff are their own emissions. Hugh Jones, a project director at the Carbon Trust, says: “People talk of big processes like transport, but buildings account for 40% of UK carbon emissions.”With 85% of workers surveyed by the Carbon Trust claiming they’d be willing to cut their own energy use to help the environment, employees may be the untapped resource in tackling climate change.

One of the main ways companies can cut emissions is by encouraging workers to reduce their travel. John Assael, director of Assael Architecture, says a popular idea at his firm is the “car club”. The company has a diesel Golf and an Audi A3 that employees can use during the day and weekends.

“A lot of people don’t have cars, especially if they cycle in,” he says. “During the day when they go to sites they can use our cars. They tend to use them to go shopping as well. They’re probably used half for personal reasons and half for company business.”

Employees are also encouraged to purchase bikes at a 50% discount under the Green Transport Plan. At the office, there are shower facilities and plans for a bike shed. Those who use public transport can get a loan for a season travel ticket.

Some companies go further. Consultant engineer Ramboll Whitbybird has a full-time mechanic at its office to repair bicycles. “About 80 people cycle in,” says Mark Whitby, the chairman. “If you use a bike for work, it’s our duty to make sure they are good.” Whitby clearly knows the importance of the boss setting an example in this area. “I’m a full-weather cyclist,” he says. “I have executive parking behind the reception desk.”

I’m a full-weather cyclist. I have executive parking behind the reception desk

Of course, it’s even more carbon friendly to avoid travelling to the office altogether. Assael encourages home-working by providing staff with laptops, with connections to the company server. “We’ve bought computers for about a quarter of staff,” says Assael.

Other policies revolve around waste reduction. At Davis Langdon’s west London office, individual bins have been banished in favour of several large ones for each floor, while Ramboll Whitbybird monitors the use of paper and energy, and is considering compostable waste.

So how do companies encourage staff to make an effort? Dave Hampton, a “carbon coach” who works with firms to lower emissions, recommends lateral thinking. “For example, if staff are collecting for a charity, managers can say they’ll donate if the staff help to cut the firm’s energy bill,” he says.

Shepherd Construction is considering a more dramatic approach. “Our senior managers saw Al Gore’s An Inconvenient Truth and really bought the message,” he says. “We’re considering hiring cinemas and arranging for all staff to see the film.”

Others, like Assael, take a more reticent approach. “Because I’m not evangelical about it, most people think it’s a good idea,” says John Assael. “We don’t get people moaning about it because we don’t push it too much.”

Shepherd Construction encourages its staff to encourage each other. “One employee wrote a feature about cleaning products for the company magazine,” says Stuart Jessop, the firm’s environmental manager. “He said that by combining a few products you could make your own cleaning solutions, which are better for the environment.”

Lastly, Hampton and Jones agree that companies should help staff connect energy savings in their home life with those at work. A detailed calculator is available on the Directgov website and a quick-fire one is up on Hampton’s homepage. Shepherd has produced guidance for workers to calculate their energy use. “Hopefully they’ll reduce their own bills and ours,” says Jessop.

To help employees visualise the quantity of carbon they are releasing, Hampton visits clients with a prop a purple balloon, a metre in diameter, that represents one kilogram of carbon dioxide. The average UK footprint is 10,000kg per person per year, so 10,000 purple balloons.

“People are prepared to switch computers off if they know what it’s about,” says Hampton. “If they think it’s management trying to save energy bills it’s not inspiring. If they think they’re preventing these purple balloons for their kids, it’s different.”