Why did the lights go out on Hills electrical? 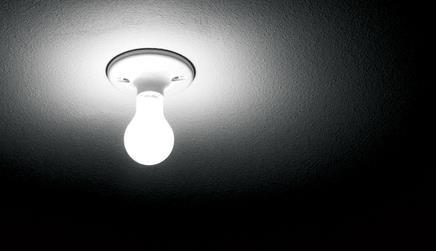 Earlier this month, one of the best known and best respected subcontractors in Britain was sold for the price of a cup of coffee. Eleanor Goodman and Sarah Richardson report on what went wrong

The staff of Hills Electrical and Mechanical discovered that the company had been sold when David Hill, their chief executive, sent them a sombre email that outlined what had befallen the company. He ended it with the dolphins’ farewell from Douglas Adams’ Hitchhikers’ Guide to the Galaxy: “So long, and thanks for all the fish.”

That sign-off may appear at odds with the gravity of the situation: the firm’s sale to rival Southern Electric Contracting had burdened its 200 employees with an uncertain future. But in another way it was understandable that Hill would want to use a little humour to ameliorate what was for him a personal tragedy. And the touch of the absurd well reflected the absurdity of what had taken place: a 41-year-old family company that had worked on some of the most prestigious projects in recent history, and had built up a turnover of £70m, had been sold for £1.

The email was sent on Saturday, 9 February. The immediate cause was £13m of PFI schools contracts in Scotland and northern England that went wrong and racked up losses of “millions”. Back in January 2007, Hill told Building that any takeover offer would be given “short shrift”, but those contracts led to a financial spiral that made a sale inevitable. “We got stung,” says Hill. “The obvious thing was to carry on trading. We could have done, but it was a better option to sell the company.”

But with a host of large projects under way and a valuable reputation for top-end electrical work, the suspicion must be that there was an underlying reason that explains why the firm was wrecked by a few difficult contracts.

The first thing to clear up is just what went wrong with the school work. The problem, according to Hill, was in the way the work was specified. The client had used performance specifications; this meant that rather than be told to fit, for example, a certain number of lights, the specialist had to work out the best way to achieve a certain level of lighting.

These specifications, passed down from the main contractor, may only be given to a specialist once a project’s design has been largely completed, making it tougher to meet the client’s standards. It is also the M&E specialist that must often bear the cost of last-minute alterations; this is especially tough in a sector that typically operates on wafer thin margins. “It’s a case of everybody finding their own way,” says Hill. “Everybody blames the last guy in the chain, and we’re always the last guy in the chain.”

Rudi Klein, chief executive of the Specialist Engineering Contractors Group, said the news about the company came as a surprise but the cause was sadly familiar. “They are extremely skilled and well-respected. Something’s gone wrong somewhere and sometimes you can be one contract away from disaster,” he says. “The way PFI contracts operate is for the risk to be passed down the supply chain. I’ve seen some very onerous PFI schools contracts.”

Despite these onerous terms, however, many specialist contractors do manage to survive difficult contracts with tricky performance specification; and those who remember NG Bailey’s travails on the National Physical Laboratory in Teddington, west London, will know that some have taken bigger hits and survived.

Hills’ problems may have been exacerbated by the schools, but many believe it is the firm’s bulimic history of expansion and contraction that meant it could not take the hit and survive.

The obvious thing was to carry on trading. We could have done , but it was a better option to sell the company

Back in 2003, it made sales of almost £100m, and a profit of £400,000. Then two years later that changed to a loss of £848,900 on turnover of £70.3m. In an interview Hill gave Building at the beginning of 2007, he describes what went wrong: “The wheels fell off the wagon the following year. We lost a lot of money. The company was full of entrepreneurs, everyone was pulling in different directions and the contract control wasn’t good.”

After that the managing director left, and Hill put in place centralised systems to control contracts, with the separate offices consolidated into three regional hubs. That strategy appeared to work, and Hills’ pre-tax profit in 2006 reached £306,000 on a turnover of £70m. The company’s 2007 accounts have been completed but never released; SEC’s acquisition announcement cited a turnover of £45m.

One industry source said the company had been looking for a buyer for the past six months. An insider said: “It was perceived as a business that was going through difficult times.”

In this way, Hills’ situation partly echoes that of fit-out contractor Benson, which went bust at the end of 2004 after rapid turnover growth. Although Benson was spared the pain of onerous PFI deals, it too was unable to cope when one of its divisions suffered from problem contracts.

Many of those connected with Hills believe this rapid growth caused the company’s downfall. A former employee of Hills, now a senior figure in the industry, says: “I think it’s a shame, because [Hill’s] old man built a really good company, and David grew it to a size that I think was out of control and let go the people his father had in place.” He believes the loss of experienced people would have had a strong impact on the firm: “Guys like them are priceless.”

The head of a rival M&E firm, who did not wish to be named, said Hills’ regional office business model made it “susceptible to the market”. Hills has branches in Gatwick, Cardiff, Nottingham, Walsall, Glasgow, Edinburgh and London. “The thing with Hills is they’ve got 12-13 offices spread around the UK; when you’ve got offices that are relatively small, collectively they may make a big loss,” the source says.

It remains to be seen what will happen to the business now, but Hills says he draws some comfort from the fact that its future lies in SEC’s hands. “It made a lot more sense to go with a trade buyer rather than a capital fund that wouldn’t have been interested in doing anything for the company,” Hill says. “My primary concern was to make sure the employees and the stakeholders got the best deal – we’ve achieved that.”

As for Hills personally, he plans to set up a new business – but not in the M&E sector. He says that outsourced training is the “way of the future” and has turned his back on contracting. With little sign of payment improvement to specialists and increasingly onerous contract forms such as those described by Hill and Klein, many think other high-profile figures could follow him out of the sector – with some tempted to jump before they are pushed.

Martin Burton, contract manager at heating engineer HW Sladdens, says: “Everybody is looking for a way to get out of the industry, but that’s a dreadful note [for someone like Hill] to end their contracting life on. But generally people try to build up a company to pass on that keeps on trading to provide them with a pension, and then they think ‘how can I get out of this?’. It’s too much grief for too little return, that’s the problem.”

If Burton is right, David Hill won’t be the last to be left thumbing away from impending doom.