Why does this place matter to you? 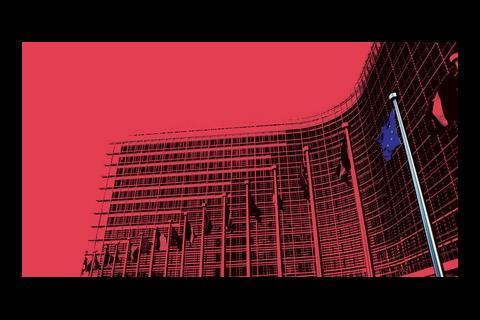 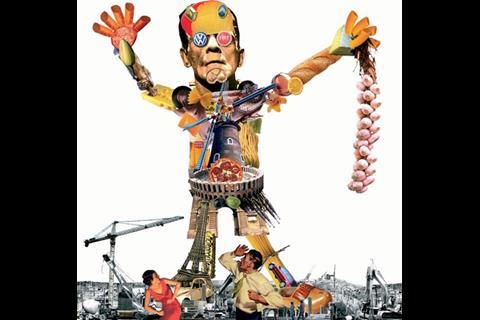 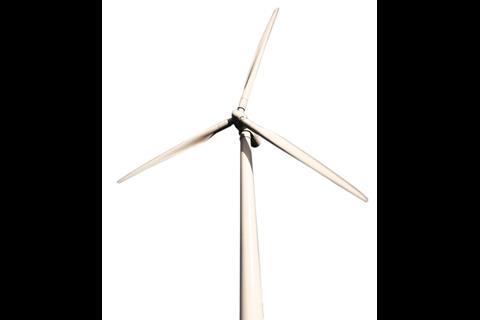 You might not recognise Berlaymont, the headquarters of the European commission, but it makes more of a difference to your working lives than ever. To mark the 50th anniversary of the Treaty of Rome, Mark Leftly went to Brussels and came back with nine reasons why you ignore it at your peril

‘They’re lying. They’ve not bloody read it.” Welcome to the European parliament.

Brian Simpson, one of three Labour MEPs for the north-east of England, is standing in his office on the 13th floor of the parliament building in Brussels, ranting at one of his researchers about the French. They have been stalling on whether to back a bill amendment he has proposed, which would make it easier for public bodies to fire private transport companies if they fail to meet their contractual obligations. In construction, this would mean that Network Rail could sack its track renewal contractors mid-contract if their work was not up to scratch.

“Paris says it’s a matter of subsidiarity [that the matter should be handled by the nation state, not the EU]. Bollocks. In Europe, subsidiarity is an excuse for doing nothing,” says Simpson.

He later smiles: “I’ll win them over with a bit of Wigan charm.”

The EU and its impact is something that is rarely talked about in UK construction circles. Indeed, Brussels is not a city that obviously provides much work for the industry. On the first morning of Building’s visit, there are few signs of projects under way, bar some tower cranes in the skyline and two workers landscaping a small site about 100m from the parliament building, deafening passing officials with a maxed-volume recording of Blondie’s Call Me.

Building is here on a trip to mark the 50th anniversary of the Treaty of Rome, the document that established the European Economic Community. More importantly, this trip illuminates the good, bad and ugly of the EU. Overleaf, are nine reasons why UK construction really should take notice of what is going on in this foreign land ...

Jacques Barrot, the vice-president of the European commission, announced in January that he would introduce a green paper on urban transport this autumn. Although this is not certain to enter legislation – even if it does, a bill takes at least three years to move from conception to adoption – it seems likely to include proposals for a pan-city procurement strategy.

Jill Craig, the RICS’ head of public affairs in Brussels, says: “It will look at whether or not major countries can procure together. At the moment, it is not allowed and everything is nationally-based.”

At the moment, if Ken Livingstone, London’s mayor, wants to buy technologies for transport improvements, this might be prohibitively expensive. But, if he can procure that material with, say, Paris, the two cities will be able to procure in bulk and therefore more cheaply. Major cities, then, could get transport overhauls within the next five or 10 years.

The European Investment Bank is set to help fund major regeneration schemes in countries that no longer benefit from EU structural funding. This cash is likely to be diverted from areas such as northern England to accession states that desperately need economic help.

The bank is working with the commission on a loan system called the Joint European Support for Sustainable Investment in City Areas (Jessica), which will effectively replace these grants and could provide even greater sums. So, if Liverpool council wants to build a new £1bn urban quarter, Jessica would provide half of the funds and the North-west regional development agency the other half.

This can be seen as a new investment vehicle for regional-level regeneration – and means that contractors, architects and engineers will not run out of major schemes to work on. The EU hopes this will promote effective housing policies.

3. But their targets can be dangerous

Member states have 18 months to incorporate EU directives into domestic legislation. However, about 10% of directives are not on the statute books of all 25 member states (this excludes the two recent additions, Bulgaria and Romania). For this, member states can be fined, though there is little case history. Instead, they are usually named and shamed by the commissioner running that policy area.

Even more commonly, the targets within these directives are not met by the countries. There is often a good reason for this, for example, the European commission wanted to establish regional electricity markets, believing this could help poorly supplied neighbours meet their energy requirements.

Giles Chichester, Conservative MEP for the South-west and Gibraltar, fumes: “They wanted a 10% energy flow across borders. It’s a completely arbitrary figure. If 10% crossed over from the UK to its nearest neighbour, Ireland would be swamped with electricity.”

4. The nuclear debate is shifting to Brussels

MEP Giles Chichester, who describes himself as “an old-fashioned Conservative” and is also the Tories’ energy spokesman, says: “Possibly the second most courageous decision Tony Blair has taken [the bravest being Iraq, he says] was to propose a new wave of nuclear power stations.”

Energy is a jealously guarded policy priority of the nation states, although there are many targets in place at EU level. As a continent, Europe is strongly dependent on imports of oil and gas and is growing weaker in the global market, demonstrated by a recent visit to the parliament by the energy minister of Qatar. He declared that Qatar had found the third largest reserve of natural gas in the world and would be in business for the next 100 years.

As a result, according to Chichester, there is often talk of energy policy being proposed at EU level. Policy seems to be converging to the extent that a cross-boundary nuclear roll-out could begin. France has always been pro-nuclear, Blair has moved that way, and the Dutch are reconsidering their decision to phase out power stations. Most of the accession states use nuclear resources.

Equally, though, there is the real possibility that if this were to occur, nuclear policy could be held up for years. The European council of ministers has to approve commission policy and, in such an area, it is likely that states would have the power of veto. This means that if just one member opposed a particular nuclear policy, they would have to be negotiated with, adding even more time to the roll-out programme.

For more on the nuclear debate, search www.building.co.uk/archive

5. The EU will make you greener

Although nations retain sovereignty over broad energy policy, the EU has been active in fuel conservation. The industry has long prepared itself for the Energy Performance of Buildings Directive, which will come into force in the UK on 1 June. It aims to cut carbon emissions by grading buildings on energy performance, affecting their values to landlords and developers.

However, the directive is already being revised in an energy efficiency action plan, to be thrashed out over the summer. The industry, research and energy committee seems certain to put even more onerous regulations on the industry in an attempt to curb emissions.

Committee member Fiona Hall, a Liberal Democrat MEP, says it is likely to recommend toughening the requirement that renovations of all public buildings of more than 1,000m2 must display their operational performance, such as how much electricity they use. She says: “We must start looking at bringing it down to buildings of 100 to 200m2. That’s the way the committee is going at the moment.”

The idea is that by putting a building’s electricity guzzling on display, the owner is shamed into improving its performance.

6. The EU’s inefficiency is costing you contracts

The EU really is a wasteful organisation, where even a simple committee debate lasts several hours, and has to be translated into 20 or more languages.

Den Dover, a Conservative MP representing north-west England and a civil engineer by background, argues that the EU’s £80bn annual spend could be cut by about 20%, particularly if “single-action projects” were limited.

These contracts, which are often project management and regeneration-based, are called single-action because they have little or no competition. Authorities, such as local councils given EU funds, say they do not have the resources to go out to tender so they simply appoint a consortium.

Dover argues that this curtails opportunities for UK contractors in less open EU markets. “Italy is notorious for it and so is France,” he says. “I’m not blaming the new nation states in the EU, because they probably have reasons to appoint quickly.”

OK, this might seem to be getting a bit Francophobic, what with the remarks of MEPs Simpson and Dover, but British building surveyors have tried for years without success to work in France.

The country only allows architects to sign off on planning applications. British building surveyors that want to practise in Paris or Provence have been prevented from doing so, despite their qualifications and experience.

Not anymore. The Recognition of Professional Services Directive must be on member states’ statute books by the end of this year. This means countries must allow professionals from other EU states to practise within their borders, provided that they have a comparable level of skill.

The RICS is running a test case: a British building surveyor now living in France is applying for a licence. If it is not granted by the end of the year, says the RICS, the institution will take the matter to the European Court of Justice. [needs runaround]

Late last year, the EU adopted a fiercely disputed piece of legislation: the services directive. The battle raged for three years and was known as “Bolkestein’s monster” after the commissioner who proposed it.

This will allow easier cross-border provision of services. So, a British architect who wants to work in Germany will not have to open an office there, and can instead pitch for work from his or her domestic base.

The rows were over the “country of origin” proposal. This meant a firm could bid under its own nation’s standards, so it was believed a Polish plumbing company could bring across workers whose health and safety standards were far lower than those in the market they were working in. The proposal was removed from the directive.

Bob Blackman, national construction officer at the T&G, points out that many of the protections that site workers enjoy have been the result of EU legislation. “Very little health and safety and employment protection comes from the UK,” he argues. “Like the working time directive [adopted in the UK in 1998], that gave workers the right to holiday pay. There were no minimum standards before and some workers didn’t get any holiday pay.”

The unions continue to wield considerable power in Brussels. The European Federation of Builders and Woodworkers and the European Trade Union Congress led a rally two years ago against the services directive, which is widely believed to have convinced the European parliament to get rid of the country of origin principle.