Will it be ken again? 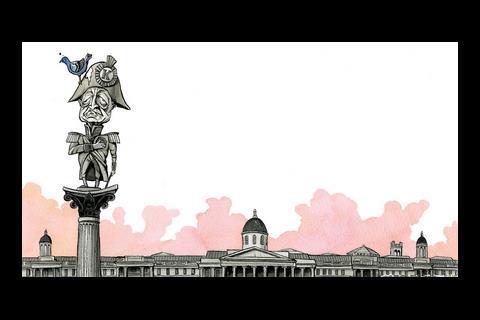 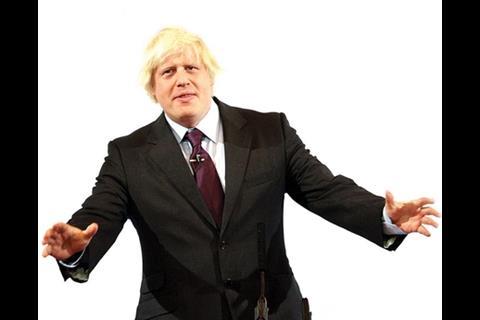 He may once have been master of all he surveys, but Ken Livingstone’s victory in May’s election for London mayor is not assured. This time he has to convince voters of his record. So how has he done? Mark Leftly takes seven key pledges in the London Plan and judges their success

In two months, Londoners will elect their mayor for the third time. Since it was introduced in 2000, the mayoral system has been all about one man: Ken Livingstone.

In both his election victories to date, Livingstone was the clear winner over Steve Norris, the Conservative party candidate and current chairman of Jarvis. In 2000, Livingstone beat him by 58% to 41%; four years later the margin narrowed as the Labour party lost some of its popularity, but the result was still decisive, with Livingstone taking 55% of the vote.

A third victory cannot be taken for granted, however. According to the latest poll by YouGov, Livingstone trails Boris Johnson, the Conservative candidate, by 5% on first preference votes.

After eight years, Livingstone must run on his record and much of that has revolved around the built environment. The highlight was the London Plan, which was finalised in February 2004, though later updated. The plan is a spatial development strategy that provides a series of targets and ambitions between now and 2020. Livingstone boasts that the plan is “just about the only readable big city planning document in the world”.

Here, Building takes seven of its key pledges and assesses whether or not Livingstone has fulfilled them – or is at least on course to do so.

Pledge one: The mayor will seek the maximum provision of additional housing in London towards achieving an output of 30,000 additional homes per year from all sources. In December 2006 this target was revised to 30,500.

John Stewart, director of economic affairs at the Home Builders Federation, says there is no obvious upward trend in provision since the London Plan was published. In 2003/04, net additions were 24,608, and the two years following brought 27,364 and 28,304. Stewart points out that these figures include hostels and student accommodation, which cannot really be counted in net additions analysis. If we consider new-build housing alone, the figures are as follows:

Verdict: Fail Even including questionable types of additional housing provision has not massaged the figures sufficiently to reach the 30,000 target.

Pledge two: Half of all additional housing should be affordable.

At a debate hosted last week at the central London office of CB Richard Ellis, Liberal Democrat candidate Brian Paddick argued that only 34% of new schemes last year was affordable housing. “Households have to earn £80,000 a year before first-time buyers can buy a new home,” he said. Livingstone counters that he is on course, having more than doubled affordable housing provision since he became mayor. He also blames London councils for failing to increase the number of affordable homes on their schemes. Livingstone claims schemes that go before him typically come out with at least 40% affordable, and that he will not apply a dogmatic approach of 50% to sites where it will not financially stack up.

Verdict: Pass Livingstone is raising affordable housing in London both in numbers and in profile. However, this output will have to maintain its upward trajectory if the 50% target is to be reached.

Pledge three: The mayor supports the development of a sustainable and balanced London area airport system, and recognises that further runway capacity will be required.

Reminded of this, Richard Gooding, chief executive of City airport, cannot help but laugh. Livingstone has spoken of his desire to close that airport, which is just 10 minutes from Canary Wharf.

The mayor has also signed an agreement with the other candidates to oppose the proposed construction of a second runway at Heathrow. “The mayor has been very clear about his airports policy,” says Gooding. “He is not in favour of that form of travel.” Asked about Livingstone’s opposition to City airport, Gooding chuckles: “I’m sure Ken would like to build houses all over the airport, but that is not really a policy for him but for the Department for Transport.”

Verdict: Fail It’s questionable whether Livingstone ever really believed in this one.

This refers to Livingstone’s congestion charge, the most controversial policy of his first term. He argues that it has been a huge success, with 70,000, or 21%, fewer cars on the road in the congestion zone. However, an Evening Standard study last month showed that the speed of traffic is back to the level before the charge was introduced. Livingstone says this is because of utilities firms improving their infrastructure.

Verdict: Fail Livingstone has more than achieved his target, but it is no quicker for London’s road users to get to their destinations.

Pledge five: The mayor will adopt a presumption that developments will achieve a reduction in carbon dioxide emissions of 20% from on site renewable energy generation.

Livingstone’s ambition was to achieve this target by 2010 and, although it is difficult to extract the necessary information from the private sector, Allan Jones, head of the mayor’s London Climate Change Agency, said developments had already reached 17% in 2006. The target has actually been revised upwards from 10% in 2004 (the pledge is from the 2006 updated plan). This is an area that Livingstone could call a success, but some critics suggest the initial ambitions were too low. Trevor Butler, sustainability director at architect the Building Design Partnership, disagrees: “Ten per cent was the right sort of level at which to introduce this to the market. Most projects we’re working on in London now require about 20%.”

Verdit: Pass Whether or not Livingstone should have been more ambitious is not really the point: environmentalists generally praise his renewables plan and he has rewarded them with a tougher target.

Pledge six: The mayor will promote the development of tall buildings where they create attractive landmarks enhancing London’s character.

The pace of tall building development has been slow. “This shouldn’t just be seen as a skyline issue,” says a spokesperson for the British Property Federation. “You need to look at the demands of tenants – major companies want landmark buildings.” Livingstone, who has received a lot of criticism from heritage groups, insists that he only wants to see the construction of about one tower a year. However, new powers under the Mayor of London Order, to be introduced in April, mean he will be able to overturn borough refusals for schemes.

Verdict: Pass Although the property industry would have liked more towers, Livingstone has promoted schemes such as the Shard at London Bridge and Heron Tower in the City, suggesting his tall buildings legacy will be more obvious in coming years.

Pledge seven: The mayor will work with strategic partners to increase the capacity of public transport in London by up to 50% over the plan period.

The increase covers the period 2001-22. Arguably, it is a bit of a cheat since 10% will be accounted for by the £16bn Crossrail link. It was prime minister Gordon Brown that gave approval for this project and arguably Livingstone was jumping the gun by using it as part of his calculations. That said, the mayor’s London Plan team points out that the first key target, a 6% increase in capacity by 2006, has already been met. Terry Morgan, chief executive of the Tube Lines consortium that runs three underground lines, adds: “There has been a 17% increase in capacity on the Jubilee line, which will be 40% by the end of 2010; there will be a 25% change on the Northern Line in 2011.”

Verdict: Pass The statistics certainly show Livingstone is on target, but there will be long-term questions on whether he can balance the books as the economy slows.

Boris Johnson Conservative. The former Spectator editor is a bit of a cult figure thanks to his faux bumbling toff style. However, his claims that he would work with, rather than bully, councils to encourage housing development have been one of the many ways he has contrasted himself with Livingstone. Johnson backs the construction of an airport in the Thames Estuary to ease the congestion of Heathrow and, despite saying he is not against tall buildings, has pledged to introduce a “fresh approach to London’s skyline” to ensure that historic views in the capital are protected.

Brian Paddick Liberal Democrat. The former deputy assistant commissioner of the Metropolitan Police was famous for being an openly gay senior police officer. He would like to see the Tube run like the Docklands Light Railway: a firm runs the line while Transport for London takes the fares.

Siân Berry Green. An engineering graduate, Berry has tried to broaden her campaign from the party’s environmental concerns, focusing on the high cost of living and London’s expensive rents and mortgages. Berry says she would ensure all new developments are carbon neutral.