You are now entering Ecobuild

Joanna Lumley, the Waste Totem, the Zero Bills home, the return of the Ecobuild Arena and other highlights from this year’s show

Getting to grips with the Green Deal 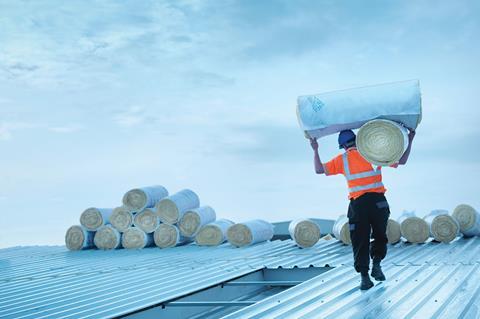 A lack of incentives might make the Green Deal less appealing to private householders but social landlords are embracing it enthusiastically as a way of funding energy-efficiency improvements to their housing stock. Linked to the Green Deal is the Energy Company Obligation (ECO), a £1.3bn pot of money to fund improvements. Energy companies have carbon reduction targets to hit so will be looking for the most cost-effective ways of spending ECO cash. On top of this, contractors and funders are hoping to cash in on the Green Deal bonanza. In short, landords, Green Deal providers and the energy companies need to form partnerships to get the best out of the initiative.

This is where the Green Deal Terrace comes in. Located in the north hall on stand N1850, it is a space where all of these parties can network and form partnerships. Advisers will be on hand to help to unravel the complexities of the Green Deal, including the latest legislative details and how the funding mechanism works.

The Green Deal Terrace also includes the Refurbishing Britain seminar stream. This has sessions on how to make the Green Deal work, successful neighbourhood-scale refurbishment and how to retrofit solid-walled homes. The Green Deal will also be debated in the Ecobuild Arena in the south hall - a panel including energy secretary Ed Davey will discuss whether the Deal can deliver the hoped-for carbon reductions.

Return of the Arena

The Ecobuild Arena will be the heart of this year’s show, Back on the main show floor by popular demand, the Arena’s theatre will host an extensive conference programme of lively discussion and thought-provoking debate, topped off with a scattering of celebrity.

Topics up for discussion include the Green Deal, the implications for the UK of fracking for gas and the business case for green buildings, while television broadcaster Emily Maitlis will host a session on reinventing the high street.

High-profile speakers include energy secretary Ed Davey, business minister Michael Fallon and communities minister Don Foster. The parliamentarians will be joined by a host of industry experts and leading academics including Johan Karlstrom, president and chief executive of Skanska; Rhian Kelly, director for business environment at the CBI; Peter Guthrie, professor of engineering for sustainable development at the University of Cambridge; and Brenda Boardman, emeritus fellow at Oxford University’s Environmental Change Institute.

In addition to the cut and thrust of debate, on Wednesday afternoon the Arena theatre will also play host to actress, human rights activist and all-round national treasure Joanna Lumley in conversation with commentator, writer and presenter Jonathan Dimbleby.

Finding the Arena should be easy: located in the middle of the south hall, the venue will be set in a landscape of trees and plants created by Patrick Collins, a Chelsea Flower Show Gold Medal winner. Collins has devised the display to highlight the potential for greening the urban landscape. The various planters and displays demonstrate methods of enhancing biodiversity and encouraging nature in the city.

Visitors looking for further inspiration on working with nature should call into the Green Infrastructure Pavillion, adjacent to the Arena, or visit the Biodiversity Pavilion, where a host of experts will be sharing advice on how to create a rich, biodiverse environment in even the grittiest urban environment.

Also back on the main show floor by popular demand are 11 seminar theatres. These are strategically located around the perimeter of both the north and south halls to ensure visitors are able to attend the numerous sessions without having to leave the show.

Mind-blowing materials of the future 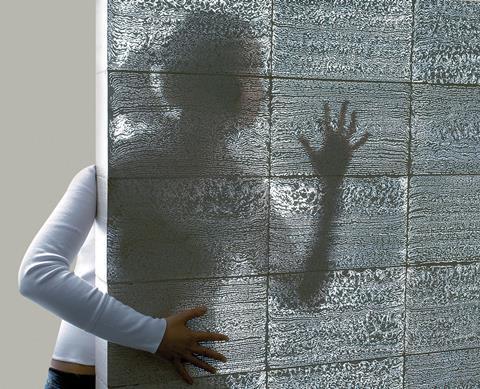 Our perception of the future is always relative to how we perceive the present. But this hasn’t stopped obsessive speculation about what the future holds from being one of the most fascinating and persistent of human preoccupations since civilisation began.

Which is why the Future Materials Gallery promises to be one of the most intriguing places at Ecobuild.

Various materials will be on display that will give architects, engineers and designers the tools they need to reshape the world around us. Among them will be a representation of graphene, the thinnest material ever created which - at 200 times the strength of steel, 1,000 times the electrical conductivity of copper wire, and yet with total flexibility - is set to revolutionise how we live and make things in the 21st century. Some have called it the biggest invention since plastics.

A truly mind-blowing invention from the University of California will also be on display: imagine a heat-responsive metal that acts just like human skin and expands and contracts according to temperature. Visit the gallery to see this futuristic proposition become a reality.

Think concrete is a solid material? Think again, as the gallery will feature fascinating installations of both translucent concrete and concrete that bends.

As well as these standout exhibits, there will be all manner of other materials on display, straddling the world of glass, concrete and wood. For many of us the future still sits firmly in the realm of science fiction. But visit the Future Materials Gallery on stand N1040 to see science turn fiction into fact. 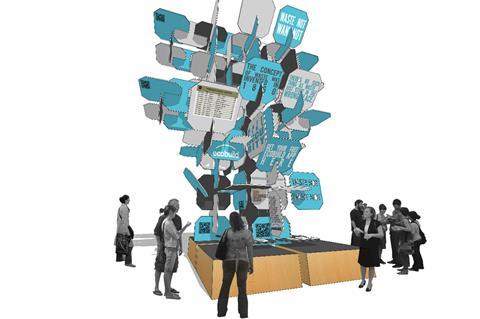 “There is no such thing as waste, it’s just stuff in the wrong place,” says architect Duncan Baker Brown, a director of BBM Sustainable Design. Waste and recycling is a key theme at this year’s Ecobuild and Baker Brown knows just what to do with it. Working with TV presenter Kevin McCloud, he designed The House that Kevin Built - the UK’s first prefabricated house made almost entirely of organic compostable material.

For this year’s show, Baker Brown has designed a huge, 9m-tall waste totem. The structure is made almost entirely from waste plywood sourced from building sites and other lightweight sheet material. It will be situated in the central boulevard to greet visitors as they arrive at the show.

The totem’s purpose is to raise awareness of waste as a resource. To this end, it will be painted in second-hand paint and emblazoned with waste facts and statistics. It will also feature slogans submitted by Twitter users in answer to the question “What is the future of waste?” QR codes will enable smartphone users to connect to useful waste websites.

The totem will direct visitors to the waste zone that Baker Brown is also helping to create on the exhibition floor to highlight the importance of minimising waste and encouraging material reuse as a means of reducing costs and ensuring resource security. The zone will be created from salvaged materials and furniture and will host
talks by academics, designers and practitioners who build objects using waste. Introducing the topics each day will be Cat Fletcher, “the human Womble” and founder of online waste recycling site Freegle.

Alongside the waste zone, the theme of waste, water and materials will be explored through a comprehensive series of seminars. Topics for discussion include: how to reduce, handle and reuse operational waste; a sustainable urban drainage (SuDs); and zero water developments. 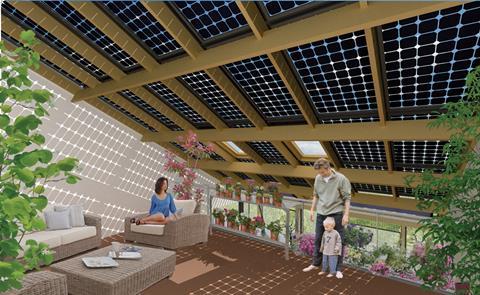 How can housebuilders deliver financially viable zero-carbon homes when they cost more to build yet don’t command a market premium over leaky second-hand properties? The government acknowledges this challenge and has pledged not to impose additional financial burdens on housebuilders during the current parliament. It is proposing an 8% carbon reduction target in the 2013 version of Part L rather than the 25% previously announced.

Bill Dunster, the architect behind the original zero-carbon development, BEDZED, has come up with a solution to this challenge, which is on display on stand N1940. Called Zero Bills, it goes one better than the government’s new definition of zero carbon, as a zero-bills home generates all the power needed for appliances in addition to heating, lighting and hot water. The idea is that the additional capital cost of a Zero Bills home is covered by the mortgage. “The payments leaving your account are the same as paying the mortgage on a building regulations home and paying energy bills,” explains Dunster. A Zero Bills home costs £10,000-20,000 more than one built to current energy regulations, depending on its size.

Costs have been minimised by sourcing factory-made components from China and designing the roof-mounted PV so that it doubles up as the roof cladding. The roof has been developed as a joint venture with Chinese PV manufacturer Himin and consists of PV modules integrated into glazing. These are installed over a timber frame with the PV modules joined by a specially designed and made drainage and sealing detail. The roof generates up to 8kWp, which is more than enough for the home’s energy needs.
The homes also incorporate the trademark ZEDfactory sunroom located in the roofspace. The glass roof turns this into a conservatory which harnesses solar gain. A small air-source heat pump concentrates this heat, which is distributed around the home and provides water and space heating.

Art, consumerism and being idle … 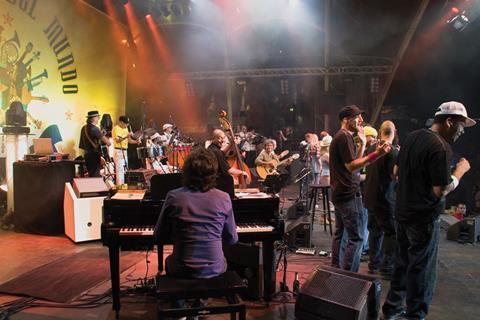 Artists Project Earth’s campaigns include the Rhythms del Mundo music events, Surfers Against Sewage and the Trees for Life appeal in Malawi 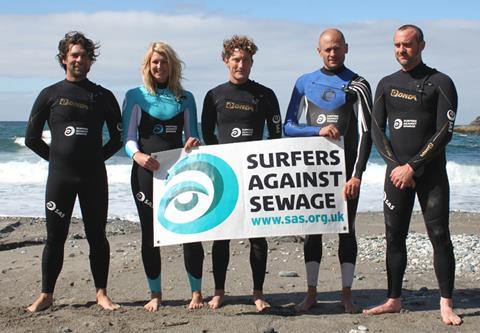 “People are aware of the environmental challenges we face and they want to do something about it but they are unable to give up their existing way of life,” says Sophie Molins, photographer and arts co-ordinator for Artists Project Earth, an organisation dedicated to encouraging sustainability through art. Molins has put together the Arena session Encouraging Sustainability through Art to explore how we might overcome our addiction to consumer lifestyles. 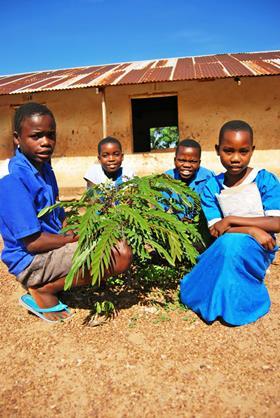 In what she describes as “a leftfield approach” to the topic, the session will be chaired by Oliver James, a clinical child psychologist, broadcaster and author of the book Affluenza, in which he questions the psychology of consumerism by asking why so many more people want what they haven’t got and want to be someone they’re not. He will be posing the question: how can we get people to change?

Also speaking will be Tom Hodgkinson, editor of The Idler, an annual publication that campaigns against the work ethic and promotes liberty, autonomy and responsibility. He has also authored four books including How to be Idle and How to be Free. His philosophy is of a relaxed approach to life, of consuming less by doing less and enjoying life as it comes rather than toiling for an imagined better future. Hodgkinson is interested in exploring the idea of utopia and the ideal place to live.

James will also be joined by Clare Patey, an artist and curator who creates social spaces in the public realm to bring people together to share conversation. She annually curates Feast on the Bridge, which transforms London’s Southwark Bridge into a giant public banqueting space where visitors are invited to share a meal. Patey’s approach is to encourage people to think creatively about how they consume.

The final speaker is Molins herself. In addition to contributing to the debate, she will give an overview of the work of Artists Project Earth, which uses music and film to get people to think about the environment in which we live. She will also talk about Artists Project Earth’s collaborative work with international musicians to produce critically acclaimed albums, the proceeds from which are used to fund long-term support for the victims of natural disasters and those affected by climate change.