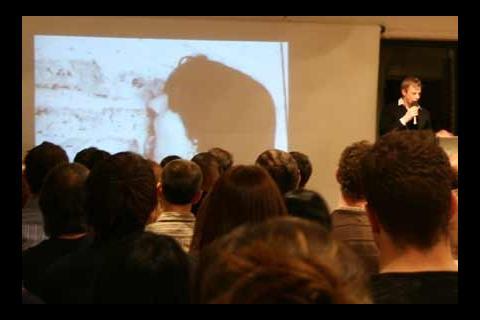 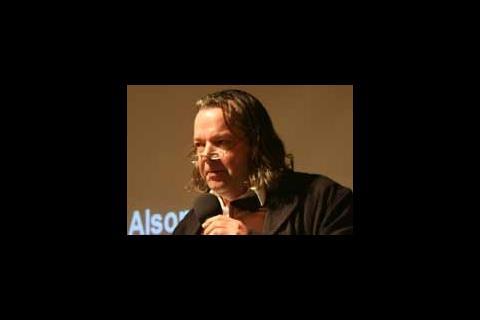 Will Alsop, Jonathan Meades, David Ubaka and Ben Addy debate the merits of eroticism in architecture - is there too much, too little and what exactly does sex have to do with buildings?

“I have had many erections,” announces architect, Will Alsop from the podium.

“None of them,” he adds, after a dramatic pause, “in a corridor.”

This was Alsop’s opening salvo in his speech in support of the motion, "this house believes there should be more sex in architecture". It came in response to a point made by Ben Addy, of Moxon Architects, that corridors are sexy because they add intrigue to a house; a heightened sense of eroticism caused by a space being placed between one room and another.

If the discussion, organised by RIBA think tank Building Futures, suffered from one problem it’s that no one seemed to agree on the terms of debate. Speaking for the motion David Ubaka of Design for London gave an enthusiastic appraisal of the dynamic “sexiness” that big, modern buildings like The Gherkin offer London. Speaking against, Addy delivered a cogent argument that sexuality has always been present in architecture on a more subtle level and that to make it more overt would be a mistake. Or as he said “no sex is better than bad sex”.

Alsop, meanwhile, made a case for “sex” to represent a dynamic, dangerous side to architecture: “Rules, forget them. Design codes –what are they? Good practice should be bad practice. The applcation of all those things is boring. You can't have sex if you're bored with your partner.”

The final speaker against the motion, broadcaster and journalist Jonathan Meades was slightly flummoxed by Alsop, saying as he took the stand, “The problem is I agree with everything that has just been said but I have to speak against it.” However, he rallied himself to deliver a tirade on the phallocentric egotism of much modern architecture “We don’t need anymore show buildings. We’ve had enough of them in the last ten years,” argued Meades, “We don’t need anymore of this huge s***. It’s a kind of vanity. We need good stuff on a small scale.”

As the session opened up to questions from the floor one member of the audience pointed out “it seems to me there’s no debate and you’re all agreeing”. Certainly, all four speakers seemed determined to argue for interesting, stimulating architecture, even if they could not agree, semantically on how this related to “sexiness”.

Alsop conceded that there was broad agreement in the panel, saying, “I like all these guys and I agree with them. But some architects behave like they’re accountants. They are the enemy.”

Ubaka said that most of the houses built by Barrett and Barclay Group would get “ripped down in the next 20 years because they’re so bloody bad” adding that most house builders wont go to architects who make interesting buildings because “it affects their bottom line”.

A final show of hands decided that those present did not believe there should be more sex in architecture, although based on the evening’s discussion it was unclear if anyone knew exactly what they were voting on. But, in terms of allowing four intelligent and entertaining figures from the world of architecture a chance to express their views on what the profession should do to inspire and stimulate, the evening was an unbridled success.

'THIS HOUSE BELIEVES THERE SHOULD BE MORE SEX IN ARCHITECTURE' was an event organised by the think-tank Building Futures: http://www.buildingfutures.org.uk/