Geo-Engineering - Can slime save the world 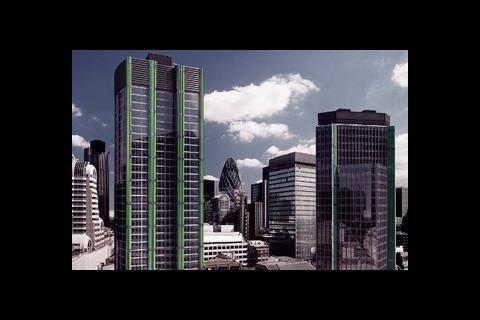 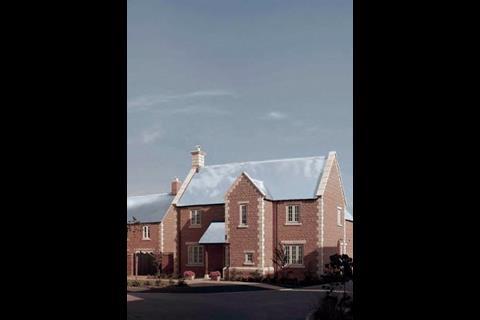 The IMechE believes algae-covered buildings could play a big role in carbon capture. Are they serious?

Notice anything unusual about the skyscrapers in this picture? The green lines that run from top to bottom are not decorations. They represent algae, growing inside clear tubes that have been fixed onto the face of the buildings as a means of absorbing carbon from the atmosphere.

The idea has been put forward by the Institution of Mechanical Engineers as a possible solution to global warming. Algae absorbs CO2 as it grows and could be introduced on a large scale on both new and existing buildings, the IMechE argues.

It believes the algae could be removed from the tubes when mature and used as fuel for combined heat and power systems, or for pyrolysis, whereby fuel is burned in the absence of oxygen to produce syngas and biochar, which can be used as fertiliser. Even more ambitiously, it claims the process could be made carbon-negative by fitting the power plants with carbon capture systems so that the exhaust gases and CO2 which are released during combustion could be fed directly to the next crop of algae.

Algae-covered buildings is one of three ideas put forward in the IMechE report Geo-engineering – Giving us time to act?, published in August, which proposes technology to remove CO2 from the atmosphere or to reflect the sun’s radiation away from the Earth. The other two ideas explored in the report are building mechanical “trees” to absorb CO2 and using reflective materials on the roofs of buildings, which could reduce the urban heat island effect.

The IMechE argues that governments must take geo-engineering seriously, because efforts to cut global CO2 emissions through international negotiations could easily fail. Global carbon emissions are still rising and there are fears that the Copenhagen talks in December will not produce the level of commitment that scientists say is essential to avoid devastating climate change. We may have to fall back on machines that suck CO2 out of the air and the IMechE has called for £10m-£20m to be invested in further research.

Geo-engineering “could provide the world with extra time to decarbonise the world economy, a task which has yet to begin in earnest,” says the report.

The Royal Society, the UK’s national science academy, has also published a report on geo-engineering, saying it could be our last hope if CO2 emissions are not reduced. But the society warns that while some ideas are technically possible, “there are major uncertainties regarding their costs, effectiveness and environmental impacts”.

Tim Fox, the IMechE’s head of environment and climate change and lead author of its report, insists it contains practical solutions. The report is based on a competition in which the institution asked members to come up with geo-engineering approaches to climate change. The judges chose the three they deemed most plausible.

“We were looking for ideas with real, practical potential,” says Fox. The government has yet to respond to the call for money to be spent on further research, but is willing to give the institution a hearing. Fox was due to meet officials from the Department for Energy and Climate

Change in late October. The IMechE argues that harvested algae has an energy content of between 18.5MJ and 35MJ per kilo, which compares well with coal at 24MJ per kilo. It believes algae could grow happily in saline or waste water, so potable water supplies would be unaffected. It acknowledges that the algae plan is “very much at the conceptual stage”, but says the first step must be more research. 100-year plan for action on climate change which would include many measures, such as making buildings more energy efficient and electrification of transport.

Tom Bowman, a building services engineer at Buro Happold who led the team that came up with the algae idea, points to experiments by the Massachusetts Institute of Technology in which tubes of algae were fed by exhaust gases from the campus power plant. The algae grew rapidly, raising the prospect that biofuel could be produced from exhaust emissions.

A company called Greenfuel was set up in Cambridge, Massachusetts in 2001 to develop the technology and succeeded in raising $70m, with further algae-growing projects at Red Hawk Power Station in Arizona and Hazelwood Power Station in Victoria, Australia. Unfortunately Greenfuel closed its doors in May this year after running out of money and is hoping to sell off its assets and intellectual property.

Others are less convinced by the algae plan, including David MacKay, the Cambridge physics professor who began as chief scientific adviser to the Department for Energy and Climate Change on 1 October (see interview, BSD August 09).

MacKay agrees that geo-engineering is “a crucial topic”, but questions whether algae that is fed on CO2 and then burnt, with the exhaust being fed to the next crop of algae, can really reduce the carbon total.

“If the CO2 is just going around and around, it’s not actually reducing the CO2 in the atmosphere,” he says. “Plants are an option [for removing carbon], but the contribution, though it might be useful, will be small.” MacKay has calculated that it would take 7500m2 of forest per person to absorb the average Briton’s carbon output of 11 tonnes a year, which adds up to an area twice the size of Britain. ‘If people believe that a plant-based system is the answer, I’m afraid they are deluded,’ he says bluntly.

Carbon capture, an essential part of the algae plan, is also an unproven technology. Tests are taking place at Schwartze Pumpe coal power station in Germany and with burning gas at Lacq power plant in south-west France, while the Chinese government is planning a pilot project from 2011.

The IMechE firmly believes carbon capture can work. Tim Fox says: “The technology, from an engineering point of view, is not difficult; we certainly see the development of the filter system that would be required for the algae-on-buildings scenario as being relatively close.” MacKay disagrees. He argues that capturing, compressing and burying CO2 has an inescapable energy cost of its own.

“I’d be amazed if the energy cost of carbon capture is ever reduced below 0.55 kilowatt hours per kilogramme,” he says in his book, Sustainable energy – without the hot air. He calculates that our electricity consumption would double if Britain chose to neutralise its carbon emissions this way.

Stuart Haszeldine, geology professor at Edinburgh University and co-leader of the academic UK Carbon Capture and Storage Consortium, is more optimistic about carbon capture, although he says experiments need to be stepped up rapidly.

“At the moment the world is on track but only just,” he says. “We need to scale up from 30MW experiments to 300MW power stations… you run into different problems when you try to do them on a power-stationscale. The challenge is to get the technology working 24 hours a day. As they stand at the moment, the systems would effectively double the price of electricity, but if the improvements continue as expected, it could amount to just an extra £30 on a £500 energy bill.”

As for growing algae from exhaust gases, Haszeldine says that day is a long way off: “There are several experiments going on, [but]... commercialising it is still in the realms of speculation. In terms of technology, it’s further behind carbon capture and storage.”

Tim Jervis, former head of sustainability at consulting engineers Pell Frischmann, is now director of Verus Energy, a new company which aims to supply property developments with energy produced from burning waste through pyrolysis. He believes that growing algae is an inefficient way to harvest the sun’s power. “Solar PV or solar thermal panels would extract much more energy per square metre [than algae],” he says. “Although, on the positive side, it is true that you could cover large areas with algae relatively cheaply.”

No one could accuse the IMechE of lacking imagination, and the more unusual ideas in its geo-engineering report are tempered with simpler ones such as using reflective roofing material to deflect the sun’s rays, which has already been adopted in California and elsewhere (see panel). But one would love to be a fly on the wall when the institution presents its vision for algaecovered buildings to the Department for Energy and Climate Change.

Roofs should be covered in reflective materials to reduce the cooling load on buildings and the urban heat island effect, according to the Institution of Mechanical Engineers’ report on geo-engineering.

Such materials have been part of California’s building regulations since 2005: new buildings must reflect at least 70% of the sun’s radiation. New low-rise and residential buildings, where the white material might be considered an eyesore, may use roofing that reflects 40% of solar radiation in colours similar to ordinary tiles.

Anna Speed, an engineer at Jaguar LandRover, led the team which proposed the idea as part of the IMechE’s competition to find solutions to global warming. She says the cost of the reflective material in the US ranges from only 75¢/ft2 for acrylic paint to $3/ft2 for more advanced polymers such as thermoplastic poly olefin (TPO) and ethelyne propylene diene monomer (EPDM). It is claimed reflective roofing could cut the energy used for cooling by up to 60%.

“The built environment should reflect the sun’s heat, otherwise you are making the task of controlling temperatures inside the building more difficult,” argues Speed. “Ideally, you would have a perfectly insulated building with as much reflectiveness as possible.”