Going back to nature 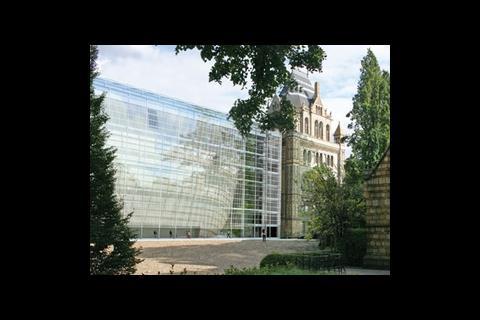 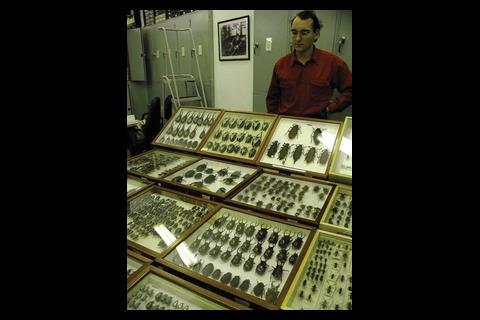 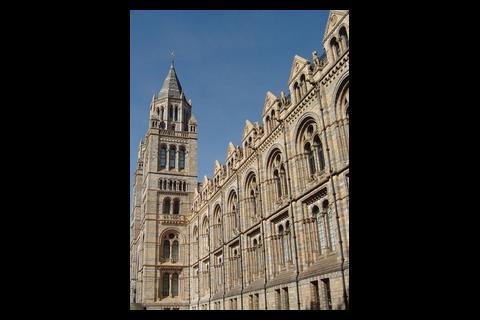 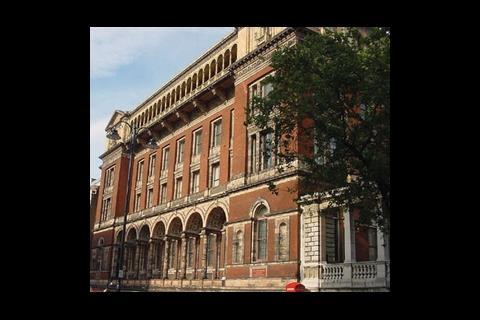 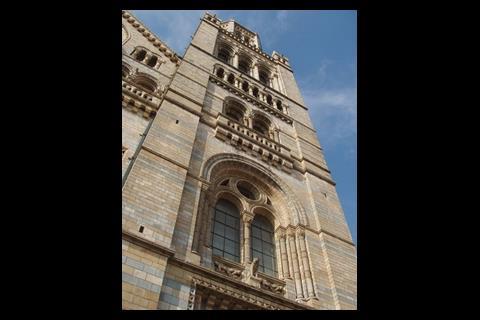 When it is completed in 2009, the £60m Darwin Centre Phase Two will become the new domicile for the 28 million insects and three million plant specimens which form part of the Natural History Museum's unique collection.

The insects' new home is currently under construction on the west side of the museum's London site. The new extension will act as a link between the museum's main building, the Grade 1 listed Waterhouse Building, and the recently opened Darwin Centre Phase One.

The Phase Two building has been designed by Danish firm CF MÖller Architects. The building's unusual form - a transparent box containing an eight-storey, curvy concrete ‘cocoon', which appears to emulate a specimen in a glass display case. The cocoon will house all the insect and plant specimens, plus a visitor centre. And because the museum has an obligation to undertake research work on the collection, it will also house state-of-the-art laboratories.

The rather demanding task for the scheme's services engineer Fulcrum Consulting was to design the services to keep these irreplaceable specimens at a constant temperature of 17ºC and relative humidity of 45%.

The building's transparent shell comprises a glazed vertical façade and an ETFE roof. Originally, this shell was conceived as a kind of ventilated atrium, but following concerns about pollution and dust adhering to the cocoon's polished plaster walls, the natural ventilation option was abandoned in favour of mechanically ventilated "buffer" around the store.

However, rather than condition the entire 35m high atrium, Fulcrum's design features air handling plant located in the basement, beneath the atrium floor, which will push a small amount of treated air into the two-metre zone immediately above the atrium floor, which is the only space occupied by the public. "We were only interested in focusing a modest amount of air in the bottom couple of metres," explains Greg Byrne, senior associate at Fulcrum Consulting. Smoke and exhaust air vents at the top of the atrium allow hot air to escape from the space.

The temperature and humidity in the seven-storey concrete cocoon is controlled using purpose built air handling units (two per floor), designed to provide four air changes per hour. Byrne describes these units as "big fan coils with a steam humidifier built in". The units are mounted in the ceiling at either end of the cocoon, where they are connected to service risers to ensure the space housing the precious specimens was kept free of what Byrne terms"wet services". Fresh air is supplied to all floors from a dedicated roof-mounted air handling unit.

The lighting was also critical to preserving the specimens successfully. There are two distinct types of space contained within the cocoon: specimen storage areas and science areas. To preserve the specimens, the storage areas are free of daylight. Passive infrared sensors located in the corridors of the space will allow scientists to move around the space unhindered, while local switches and dimmable lights will provide sufficient light to the storage cabinets themselves. The settings allow the lights to remain on for 40 minutes before they start a 15-minute dimming cycle.

Initially, the scientists wanted a lighting level of 1000 lux on the working plane in the science areas - the spaces where scientists study the specimens. To save energy lighting the whole of the science areas, Fulcrum's lighting designer Bea Etayo suggested using task lighting. However, the enormous size of some of the trays where the specimens are stored made this option unworkable. Instead, she managed to convince the team that a lighting level of 600 lux would be more than sufficient on the desks.

"The high light levels are one reason we need good lighting controls," explains Etayo. A DALI addressable lighting system has been used to control the lights in the science areas. There is some daylight in these spaces, so the lighting levels are linked to this. All light fittings in the storage area will be fitted with an ultra-violet filter to protect the specimens, but there is no such filter in the science areas because they would affect the colour rendering of the lamps in these spaces, which could have an impact on the scientist's studies.

Construction on the project started last month. When it is completed, this unusual collection will have its own, unique new home.

How the Natural History Museum will become carbon neutral

The Natural History Museum is one of a consortium of museums and academic bodies situated in London’s South Kensington that will spearhead a scheme to reduce carbon emissions. Over the next three years, the consortium aims to reduce its carbon emissions by up to 10%, equivalent to about 5000 tonnes of carbon dioxide, primarily through one of the UK’s first heat-sharing and thermal storage schemes.

The unique nature of the site makes this initiative possible. The Natural History Museum, Science Museum, V&A, Royal Albert Hall and Imperial College were all constructed as a result of the Great Exhibition of 1851, which was held in London’s Hyde Park. This was the world’s first international trade fair, and the only one ever to have made a profit. This profit was invested in a plot of land adjacent to Hyde Park and the 1851 Commission was established to oversee the process of development of the world’s largest integrated cultural and academic estate.

At the time the estate was constructed, a heat sharing network was installed with pipework linking many of the buildings through a series of underground tunnels and service routes. Over time many of the buildings installed heating systems under their own control to enable them to operate independently. Now, these institutions are coming together again to invest in a carbon masterplan for the site, supported by a £2.85m grant under the UK government’s Invest to Save plan, which will reuse the existing Victorian tunnels and infrastructure so that, once again, heat is shared between those buildings that have excess heat, such as Imperial College, and those that have a demand for heat.

The first thing the consortium will do is to record and log data for both heat and electricity consumption throughout the estate. They will also set about making staff and students aware of how they can contribute to saving carbon and investigate the feasibility of off-setting carbon by using electricity generated from remotely located renewable sources.

The project will also investigate the possibility of incorporating an Aquifer Thermal Energy Storage (ATES) system into the urban heat-sharing network and the potential for increasing the efficiency of a combined heat and power system using ATES to store excess summer heat to meet winter space heating demands to give an annual heat balance. “In winter, older buildings with a net heat demand can act as the heat rejection devices for new energy intensive buildings with a net heat excess through the application of ATES,” explains Richard Shennan, a partner at Fulcrum. These older buildings will reject heat from the ATES system, which will have the effect of recharging the cold store for the following summer.

Shennan says that as new buildings are added to the site, they can be purpose-designed to act as a heat source for existing buildings with a net annual heat demand. “New buildings can collect heat through passive solar gain, human activity or waste heat from essential commercial activity, which can then be stored using the ATES” he says.

Currently, the Natural History Museum is leading the metering and information aspects of the project, Imperial College is heading up the renewable energy power generation study and Fulcrum Consulting is working in conjunction with IF Tech International on the ATES system. Once the programme is under way, the consortium will look at future projects across the estate to determine the most cost effective way of making progress over the next 10 years to work towards an annual balance for heating and cooling demands across the neighbourhood.