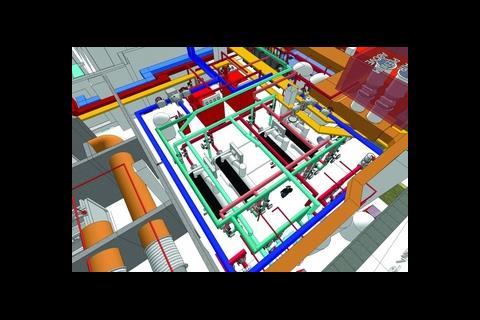 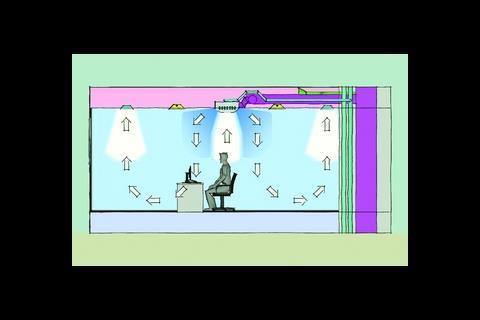 Olivier Boennec uses SketchUp at the early stages of a project to research ideas. 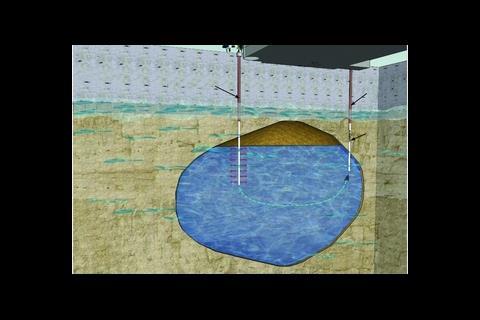 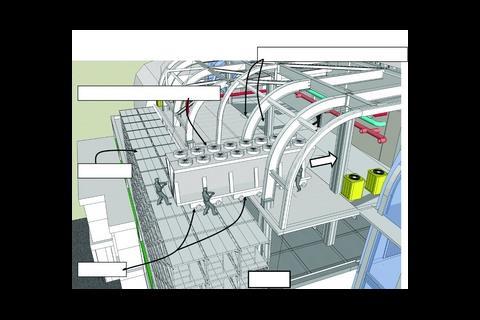 Some dismiss Google’s SketchUp as child’s play, but it has avid fans among design professionals

When it launched in 2000, SketchUp provided new freedom for people who wanted to think imaginatively in three dimensions. Unlike the more “serious” design programs, it did not pin down the user to a degree of accuracy that was inappropriate at the birth of an idea. Dimensional accuracy and calculation of properties are frustrating, not enabling, when you are trying to be creative.

Google bought the company that developed SketchUp in 2006, partly because it had a plug-in that linked to Google Earth, so a tool that had previously been the province of aficionados was now embraced across society. Architects loved it, children loved it, autistic children in particular loved it. And it was used to design everything from kitchen layouts to buildings to music videos.

Google continued to refine SketchUp, now on version 7, and has added to the professional version (not free but very affordable) a package called LayOut which helps users to import models to slick presentations.

None of this is surprising, given the inherent appeal of SketchUp and the marketing nous of Google. What is more surprising is how many hardheaded building services engineers have embraced it. One of the most evangelistic is Olivier Boennec at Aecom, who advises and instructs his colleagues on the use of SketchUp and other free software. “It is intuitive and easy to use,” he says. “And there are many plug-ins that work with it.”

Boennec discovered SketchUp by chance in 2006. “I started teaching myself, using it for problem solving. I got to grips with it very quickly; it fitted with the way that my brain works. There was an explosion of creativity.”

Boennec uses SketchUp at the early stages of projects to research ideas. “Although I am a building services engineer, I sometimes want to show the structure.” He likes the fact that it is easy to create something once, such as a column, and then “teleport” it to new positions. This activity, known as component cloning, is far less instinctive with more sophisticated CAD systems. “Regular users of Micro-Station don’t know how to do it,” Boennec says. He can also calculate floor areas in SketchUp and break down floorplates.

He is just as enthusiastic about SketchUp as a presentation tool, when he uses it in association with two open source packages: Inkscape for graphics and GIMP for photographic retouching. With these he does anything from presenting project sketches to creating graphic presentations of a project’s progress as a series of gears. The results are so impressive that “we have won jobs as a result of our use of the software”, Boennec says.

Boennec has written a design guide, which is posted on Aecom’s intranet, and has conducted training for his own and other offices through video and web conferencing.

SketchUp is valuable to acoustic engineers. Paul Driscoll, a senior consultant at BDP, says: “We can build an acoustic model in about half an hour that would have taken half a day in AutoCAD.” The attraction for acousticians, he adds, is “we don’t need everything to be millimetre accurate”, so the approximate nature of SketchUp is not a problem. He then marks up his drawings using Acrobat and Adobe Illustrator.

Another great advantage is the ability to link to Google Earth, which BDP uses to produce noise maps. “It shows us lots of things you wouldn’t see on an Ordnance Survey map,” Driscoll says.

Lighting designers, who sit between architecture and engineering, also put SketchUp to good use. Kevin Grant, who runs Buro Happold’s lighting division in Edinburgh, says he often receives drawings in it from architects seeking input from the lighting team at an early stage.

Grant says his practice uses SketchUp to illustrate ideas, “but we also use it for analysis and calculation. We can build models very quickly for analysis of, for instance, daylighting. Then we can import it into Radiance [the lighting analysis and rendering package]. It’s very useful for making decisions on issues such as daylighting versus artificial lighting.”

It’s also good, says Grant, when working with architects who are designing buildings with complex forms. “Calculation programs are for calculation,” he says. “We need to show what the buildings look like. We can accurately reproduce the shapes and the forms in SketchUp.”

Grant’s team comes from a range of disciplines. His own background is electrical engineering, and there are also architects in the mix. “SketchUp lets people from all different backgrounds develop and share models,” he says. The only people who may find SketchUp difficult, Grant adds, are those highly proficient in CAD. In contrast, he says, “I used it to design my kitchen. After one session of a few hours, I was able to put together a model.”

SketchUp is seductive because it is easy to use, but search the web and it’s not hard to find people complaining about the program. The criticism is two-fold: all too often the intricate work in SketchUp has to be redone in a “proper” program; and designs in SketchUp are not real, and may bear only a resemblance to what is built.

Chris Twinn, director of the building engineering sustainability group at Arup, has resisted the lure. “The problem,” he says, “is that you then have to dump it all because you want to get numbers out of it. The emphasis for us is for tools that can give us more shelf life.” Arup is committed to doing all its work in 3D and, wherever possible to building integrated models that enable all the design team to contribute and share information. So the practice has deliberately decided to eschew SketchUp.

Nevertheless, Twinn admits, “There are guys in the office who will play with SketchUp – but you then have to move on to the next phase.” It seems that a SketchUp habit, once acquired, is hard to kick.