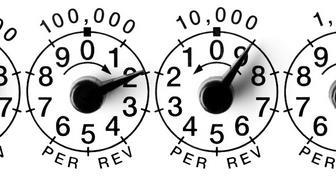 One of the best ways to improve the energy efficiency of a building is to change the way its occupants use it. Display energy certificates should be a key tool in achieving this

One of the reasons buildings are so inefficient in their energy consumption is that landlords and agents no longer think the role of the building manager is important. In all buildings, encouraging energy-wise occupant behaviour is the first step to reducing energy use and an enthusiastic, motivated building manager can do just that. Sustainable operation of buildings should be a critical key performance indicator for any business looking to curb its carbon emissions.

In order to improve a building’s energy performance, you first need to measure it, which is where display energy certificates (DECs) come in. The DEC’s purpose is to make energy performance visible at the level where action can be taken – within the building – so that improvement, or deterioration, becomes transparent and meaningful. Acting at the building level, DECs are a powerful complement to organisation-level initiatives like NI 185, which requires local authorities to calculate their carbon emissions, and, in the private sector, the Carbon Reduction Commitment.

Energy performance certificate (EPCs) provide a theoretical rating for a building’s performance. But theoretical models cannot easily capture either the effects of buildings and services which do not behave exactly as designed or the complexities of the occupier’s equipment, operation and maintenance regime. Nor can they account for controls that don’t work properly or lack of understanding by users.

DECs, on the other hand, provide a low cost and precise way to determine the carbon footprint of a building, providing that they are used properly. The accompanying advisory report, for example, should identify real opportunities to reduce energy use. Unfortunately many public authorities view DECs as a compliance task, procuring them through contracts departments which have no remit to integrate them with existing energy management activities. The result can be a futile use of taxpayers’ money on a literal interpretation of the regulations, rather than a stimulus to improvement.

A more enlightened approach to DECs will produce a performance league table for a portfolio which can then identify the worst performing buildings and those with the highest carbon footprints. This makes it easy to prioritise those buildings most deserving of detailed follow-up surveys and targeted energy investment, and public recognition of these efforts will follow the display of next year’s improved DEC.

Reductions in energy use and carbon emissions are there for the taking. In all buildings, but especially simple ones, improving the users’ behaviour is the first step (and reflects the need for the charismatic energy manager). At the same time, energy cost accounting needs to ensure that those making savings see a financial benefit.

Theoretical models cannot capture the effects of buildings and services which do not behave exactly as designed. DECs can provide a precise way to determine a building’s carbon footprint

The next thing to tackle is incorrectly or inefficiently programmed HVAC and lighting controls. Problems are legion: poor commissioning, lack of understanding of design intent, set points adjusted liberally in response to complaints or one-off events and not reset, unmanageable complexity, etc. Sustaining these no- and low-cost measures is also crucial, and reinforced by the annual DEC renewal.

Lastly, a gradual programme of investment in new, more efficient plant, controls and even fabric should be rolled out to deal with inefficient equipment, bad design, unmaintainable plant, poorly located or insufficient sensors, poor zoning, conflicts or self-contradictions in design intent and so on.

It had been hoped that the latest draft of the Energy Performance of Buildings Directive (EPBD2) would extend the scope of DECs to require them to be displayed in private as well as public sector buildings from 2011. But after years of debate across Europe about the importance of having both asset (calculated) and operational (measured) ratings, the latest draft fails to recognise how much of the CO2 arising from the use of buildings is a consequence of operational issues.

This failure of understanding within the EC has resulted in the proposal that from 2011 private sector buildings should display an EPC and not a DEC, and only if one is available. Not only would this create public confusion (an EPC on display here, a DEC there), but it totally misses the point that a DEC and its renewal each year are a practical and cost-effective method to benchmark buildings, motivate management to improve operational performance and allow these improvements to be tracked, simultaneously drawing the public’s attention to the results.

The UK government has demonstrated the benefits of using DECs and EPCs as complementary tools and must persuade Brussels of the case for both public authority and private buildings being required to display an energy certificate based on measured energy use and renewed each year.

DECs at a glance

2 Expect an evolution of the benchmarks generated in haste to meet the DEC deadline in October 2008. Ideally, energy data would have been collected over a trial year for a statistically significant sample of buildings within a number of categories. The data that has been collected now needs to be reviewed and the benchmarking system developed, both to recognise extra categories and to take account of the density of occupation: it is not fair to penalise a densely occupied building or favour a half empty one.

3 The scope of DECs will be extended. The latest draft of the Energy Performance of Buildings Directive (EPBD2) says that from 2011 the threshold for public display should be reduced from 1000m2 to 250m2; a compromise of 500m2 is likely, at least initially. However EPBD2 does not say private sector buildings will have to display DECs. The worrying proposal is that from 2011 they should display an EPC, not a DEC, and only if one is available.

Dr Robert Cohen is technical director of Camco, a member of the CLG’s technical steering group for DECs and creator of the EPLabel software which generates DECs online (www.eplabel.co.uk).