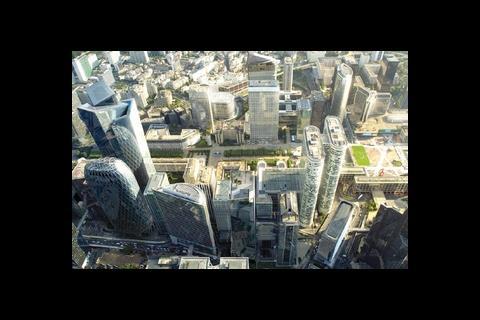 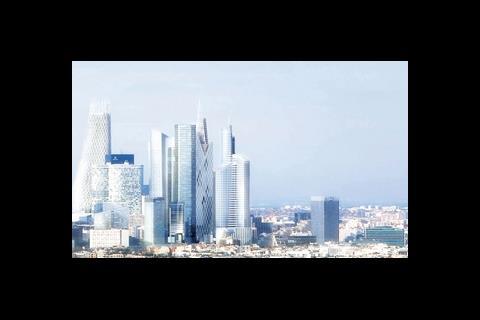 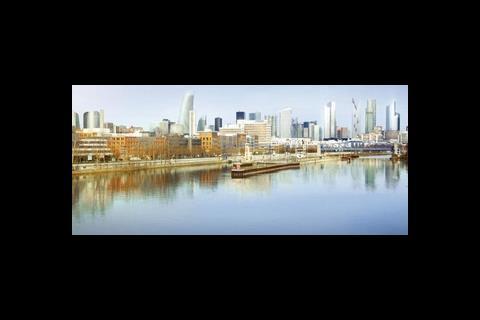 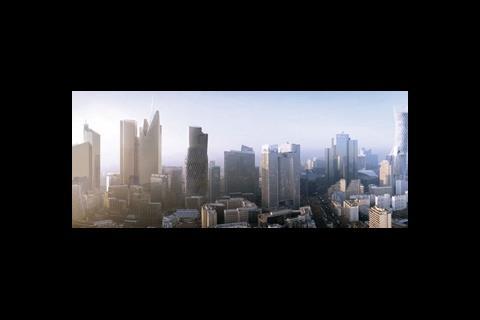 Energy has risen to the top of the political agenda in France, fuelled partly by the weight of public opinion and partly by the European Energy Performance of Buildings Directive of 2002. In the construction sector, voluntary environmental certification has given way to a range of regulatory codes aimed at reducing the country’s greenhouse gas emissions by 75% by 2050 and to provide 21% of electricity from renewable sources by 2010.

In the UK, sustainable building efforts have tended to be concentrated in the south-east, under the pressures of the mayor of London’s Energy Strategy and the London Plan. In France, the new regulations apply nationwide from the outset. And there is the added challenge of meeting the requirements of eight different temperature zones, reflecting the size and climatic diversity of the country. In the cool north, a more flexible approach is possible, but in the Mediterranean climate of the south, building performance issues, particularly in relation to cooling, are more akin to development in the Middle East.

Last year the French government launched a national consultation on environment and sustainability, Le Grenelle de l’Environnement, after the presidential election. It brought together representatives of the private and public sectors to define government policies on ecological and sustainable development issues over the next five years. Members of the state unions, employers, NGOs and local authorities took part in a series of workshops which produced proposals for action at national, European and international levels. National environmental guidelines are being drawn up and are expected to result in new legislation this year.

Of particular significance to the construction sector is the outcome from the group assigned to the topic “Combating climate change and controlling demand for energy”. An agenda for technological change has been proposed to ensure the majority of buildings will have positive energy – producing more energy than they consume – by 2020, with a third of all new buildings offering low, if not neutral, energy consumption within five years.

The agenda, to be achieved through a stage framework established in law, with a corresponding plan for organising associated industrial sectors, will see positive energy buildings emerging as soon as next year. Ambitious programmes are being implemented with the aim of meeting the initial five-year targets. These provide for 50% of public-sector buildings (being built by the national agency for urban renovation), subsidised housing stock and commercial sector buildings, as well as a third of new private dwellings, to be low consumption or positive energy to BBC2005 standards within this timeframe.

Buildings completing after this time, in 2010 or later, will need to demonstrate at least a 20% improvement over 2005 regulations, with contractors and designers obliged to make greater use of renewable energy sources.

Reduced consumption is the key

France’s building stock comprises 30 million dwellings and more than 800 million m2 of commercial buildings, representing up to 100 years of use in service. Annual energy consumption is estimated at 660TWh, accounting for the bulk of annual energy demand and a quarter of the nation’s carbon emissions.

Regulations on building energy consumption are seen as the key to fast improvement. The Thermal Regulation (RT2005) introduced stringent regulations for thermal heating insulation and heating systems from September 2006. New construction must now demonstrate an improvement in building energy performance over this regulation of at least 15%, rising to 40% by 2020. The regulation also aims to reduce the use of air-conditioning and limit the use of electricity for heating, cooling, domestic hot water, lighting and ventilation.

Energy performance diagnostics are now a requirement at construction, sale and/or rental stages. Since January this year, designers have also been obliged to carry out efficiency feasibility studies to evaluate the various possibilities of energy supply, particularly renewables, prior to the planning application submission.

Unlike the UK, where energy performance is assessed according to direct energy usage and associated CO2 emissions within buildings, RT2005 focuses on energy used at primary production stage. This is because of the low CO2 emissions from electricity production in France – 85-90% comes from nuclear and large hydro plants, producing 0.09kg CO2/kWh – which under the direct energy method of assessment would not give a clear measure of a building’s actual performance in emissions terms. For this reason, under RT2005, calculations are based on the amount of energy consumed by the power stations in producing each unit of final energy billed to the occupier/owner.

How does this work in practice?

Clients and design teams have freedom and flexibility in deciding how to hit the targets. They may choose to strengthen insulation, for example, or opt to use renewable energy sources. Air-conditioning could still be an option but will require compensation in other areas. It should be noted, however, that there are some minimum requirements on materials performance and equipment efficiencies that must be observed.

Designed to encourage the application of renewable energy, the RT2005 model offers reference values for a typical or “notional” building to assist with calculation, covering the range of energy source options. In the case of solar energy, for example, for some buildings, a portion of domestic hot water supply is calculated by reference. Specifically, a single house (using both electricity and fossil fuels) will be equipped with 2m2 of solar collectors, and a housing development using electricity will be equipped with 1m2 of solar collectors or, failing this, save the energy equivalent as a result of more efficient insulation or heating systems.

Buildings complying with the RT2005 regulations could also be awarded with one of five additional classifications:

Table 1 illustrates the differences between the various performance categories and climate zones on scoring for residential housing schemes in Paris and Toulouse.

Requirements for residential and commercial buildings are subject to different processes.

This rating, issued by certification body Cerqual, applies to new housing projects including apartments and single dwelling housing developments as a collective, and takes into account the preservation of the environment throughout the building life cycle.

Successful certification requires energy performance to at least HPE level and also recognises the additional categories associated with the RT 2005 as described above. Since the scheme’s launch in 2003, 165 projects have been certified, representing 6000 homes; 25% of these units are from the private sector.

Issued by Cequami, the body mandated by AFNOR certification, the HQE NF individual housing scheme was launched in May 2006. It incorporates numerous criteria as set out by the HQE scheme for the assessment of the relationship of the building with its immediate environment.

Certification requires energy performance of at least 10% above the levels of RT2005, or 5% with the use of renewable energy. The analysis process takes into account the environmental impact of the building on criteria such as site construction, acoustics, water and waste management and internal comfort.

The HQE NF Commercial Buildings certification, issued by Certivea, applies to buildings constructed or refurbished according to the HQE standard. Certification is required only for commercial and educational buildings, but in due course will be extended to other sectors such as retail, catering, logistics, health and sport. (Buildings recognised under this scheme must meet energy requirements to at least HPE standards as laid out by RT2005.)