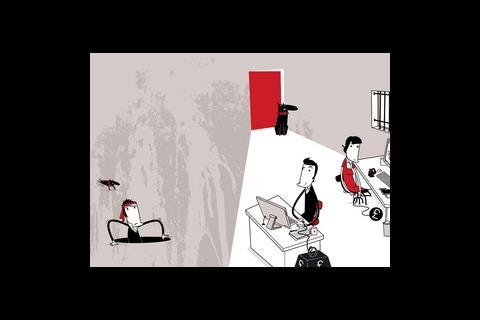 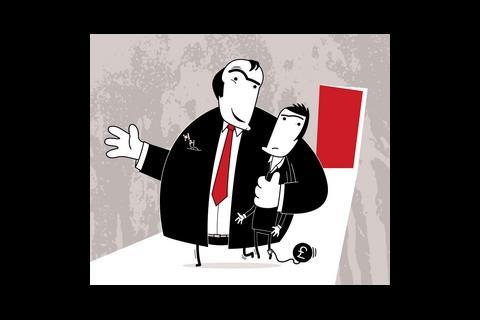 it’s true, employers are trying to chain staff to their desks – with ‘golden hellos’, frequent bonuses and flexible packages, according to recruitment company hays’ annual salary survey. how long can it last?

Workers emboldened by the skills shortage are playing harder to get, forcing more employers to offer perks such as flexible working and even quarterly bonuses to retain existing staff as well as sweeteners such as golden hellos to new recruits.

With a staggering 91% of firms complaining that they have struggled to find good candidates, employees with the right qualifications and experience can afford to pick and choose. But could the bubble be about to burst because of the credit crisis?

A sustained economic downturn could stifle the personnel-hungry construction projects that have been exacerbating the skills shortage in building services sector, and damp down salary rises and generous benefits. “There’s no panic yet, but people are keeping an ear to the ground,” Mike McNally, Hays building services director, says. “Order books for some clients are stretching through to the end of 2008, when normally it would be three to six months.”

Twenty percent of bosses told Hays that salaries had risen significantly over the past 12 months. As in previous years, though, some of this financial pain may have been self-inflicted through sizeable salary hikes at senior level. Hays found that managing directors nationwide clocked up an average salary increase of more than 7%. The highest rise in this year’s salary survey went to senior electrical engineers, who averaged an increase of nearly 9%.

The skills shortage across the services sector is broadening the income range, with employers more willing to pay above-average for the right people – with the result that some of the more senior roles are pushing past £100k.

Business has been kept buoyant by substantial regeneration projects such as Ravenscraig in North Lanarkshire, the largest brownfield site in Europe, and the Thames Gateway. This high level of activity has put greater pressure on meeting recruitment targets. In 2007, 73% of employers stated that they experienced problems recruiting; this year, that figure is up 18 points.

McNally says: “The problem is simply not enough people coming in at the bottom end. I don’t think it will get much better. All major cities throughout the UK have significant projects, including regeneration, under way or planned.” The London 2012 Olympics and the knock-on effect from Liverpool’s year as European City of Culture signal continuing demand from recruiters.

Could, however, the timing of those plans be affected by the credit crunch, which has already exacted punishment on parts of the financial sector? Less work means fewer people needed and salary rises could stall or even fall back slightly. Watch this space.

For the moment, employers’ big problem is still finding good staff – and, most importantly with experienced workers, preventing them from being tempted away by other companies. Employers are studying the packages they offer to improve retention levels.

Half of employers told Hays that they had experienced problems with retaining staff over the past 12 months. These problems were largely attributed by bosses to staff seeking higher salaries (65%), followed by staff seeking a new challenge (16%).

Some companies have started to offer inducements to encourage employees to stay with them, such as a quarterly bonus, rather than relying on an annual pay review.

Golden hellos continue to be prevalent, and Hays noted a £10,000 signing bonus to a board-level director. The average, however, is £3000-£5000 for someone with eight or more years’ experience. “If it is paid monthly, it effectively becomes part of a salary and that can drive up salaries in general,” McNally says.

Most such payments are made upfront when joining. If employees leave within a certain time, at least some must be paid back. For example, if they leave before six months probably all of the bonus would be returned. If departing after up to a year, it could be half.

Employers are becoming more flexible with the complete salary package in order to entice and retain staff. “We have started to see more companies allowing employees to sell holidays and use their salaries to choose their own packages (eg, the terms of their pension, gym membership as an option, etc),” Joanna Crutcher, senior consultant at Hays Building Services in London, says. “This works well for people from a contract market as they can have access to the cash if that is their preference.”

When specifically looking at factors that would be influential in persuading a candidate to seek a new role, the search for a higher salary came top of the list, just as in 2007. However, wanting an improved work-life balance and seeking a new challenge were also highly significant factors. Happily for employers, these are matters that they can more easily tackle. Of the staff surveyed, 84% said they would/might stay with their employers if they addressed these issues.

Offering flexible working plays an important role here in keeping employees happy and therefore retaining them, McNally says. “Working from home, car allowances and trading in some holiday for increased pension payments are popular. But both employer and employee are using these as bargaining tools now. It all comes back to a work-life balance for the employee.”

Sustainability skills are increasingly being requested by employers and will continue to grow in importance as a result of growing emphasis on reducing emissions and conserving natural resources through Part L of the Building Regulations, energy performance certificates, and so on.

Accreditation as an energy assessor is one of the attributes that employers may have on their wishlists, for example. Chartered candidates remain highly sought after by the more prestigious consultancies as well as by public-sector clients. Even those who are working towards chartership will find that they are more in demand.

A total of 92% of employers said that they offer a pension to new employees. Of these, 56% are stakeholder pensions and 27% are final salary schemes.

The survey found 88% of employers had recruited during the past 12 months, and 91% had experienced problems with recruiting, mainly for permanent staff. More than half (54%) attributed this to the shortage of experienced candidates. Salary levels were also thought to be a significant factor.