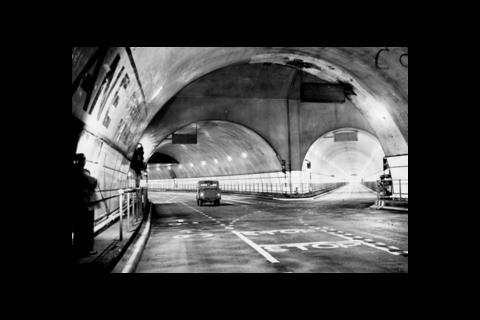 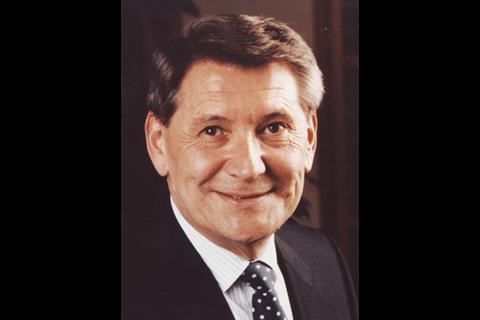 Hoare Lea’s Terry Wyatt recalls the thrilling moment when, as a young services engineer, his client told him to ‘go ahead and make history’

It was 1970 when, still quite young, I was given the opportunity to pursue an innovative energy scheme by Sir Alick Jeans, chief of the Liverpool Daily Post and Echo. Little did I know that my idea would one day end up on television.

I was an associate at Parsons Brown and had been appointed to undertake the engineering design for the newspaper company’s new headquarters and printing works building. Not far from the site was a long-standing pump house that drew water from the drainage channels of the Mersey Tunnel to keep it from being flooded. The pumps discharged the water back into the Mersey.

The pump house stood alone in an area of redevelopment and I learnt that the water being pumped was clean and fresh, having been filtered in its travel through to the tunnel. Also, it was at a temperature of 12ºC.

The outrageous idea that came to me on a journey back from Liverpool was to replace the pumps with new underground units, which would allow the site to be sold for redevelopment by the Mersey Tunnel Company. The replacement pumps would discharge into a new pipeline running along the route of the defunct dockside rail track, down to the new Post and Echo site.

Once at the site, the water would be employed as the heat source, feeding heat pumps for the heating and cooling of the new newspaper plant. Finally, the water would be discharged into nearby storm drains, helping to keep them flushed and stopping an odour problem which they then suffered.

The idea allowed Mersey Tunnel Company to have new, modern pumps and make a tidy profit from the sale of the pump house site.

The newspaper company obtained rights to the pumped water and so enjoyed outstandingly economic and high-performance heating and cooling for its development. Also, as the quantity of water available was more than that required for the building, the company sold some to an adjacent insurance building under development at that time.

The heat pumps for the Post and Echo building, provided by York Refrigeration, were by far the largest – 2 x 2000hp, I believe – employed anywhere for heating/cooling a building at that time.

With enthusiastic support from the architect Farmer & Dark, my idea was approved. The newspaper moved into its new home in 1973 and I moved on to work for the Aga Khan in Karachi. Later I learnt that the design had been featured on the BBC programme Tomorrow’s World.

Four decades on, I recall vividly the day that, after I had outlined the proposal to the newspaper chiefs, Sir Alick Jeans told me: “I don’t understand the engineering but I do appreciate your enthusiasm and you have my blessing. Go ahead and make history for us all.”