Building is hosting a ‘Boxing Day’ event in support of the Boxing Academy in Hackney, set up for young people at risk of educational exclusion 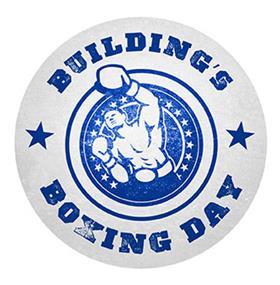 This year, executives from across the construction industry are battling it out to be declared Building’s Boxing Day champion as part of Building’s Christmas charity appeal in support of the Boxing Academy in Hackney, east London.

You can support the appeal by clicking here.

On Friday 6 December, seven senior industry professionals will compete in a series of five boxing themed challenges, all hosted by the Boxing Academy.

The afternoon will be written up for a feature to be published on 20 December issue of Building.

No blood, but sweat and tears (and beers) inevitable.

The Boxing Academy is a charity that provides 13-16 year olds in east London with an education when they would otherwise be excluded from school.

According to the academy itself: “The Boxing Academy is committed to changing the lives of young people aged 13 to 16 who are in danger of educational exclusion.

“We provide an alternative to mainstream school, combining basic education and mentoring with the discipline and culture of boxing and other sport training to re-engage the most difficult-to-reach young people.

“We support our students in their education, improve their health and happiness, and encourage them to aim for a better future.”