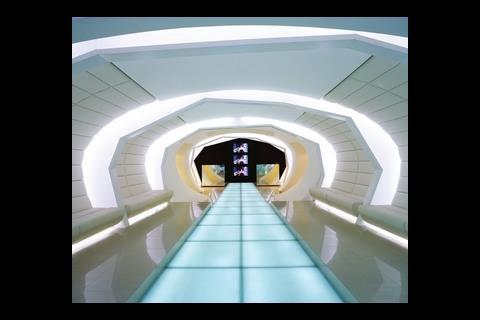 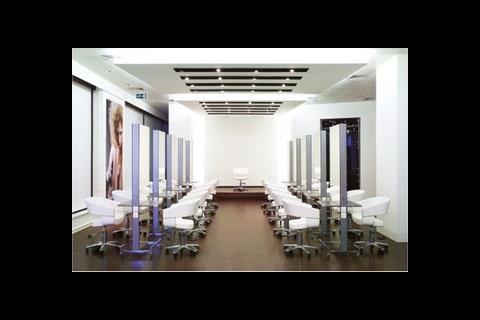 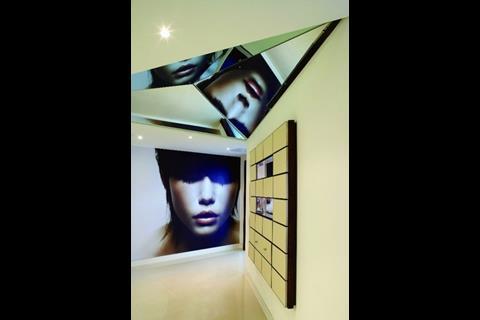 White LED lighting plays a key role in a headquarters building that is as far from the conventional office as it is possible to imagine. Whereas most wacky office designs have been for advertising agencies and other media organisations this is, surprisingly, for a manufacturer. But the manufacturer in question is GHD, maker of the upmarket hair straighteners that are a key weapon in the armoury of aspiring fashionistas

Visitors arriving at the building in Leeds will progress not along a corridor but a catwalk, a brightly lit tunnel complete with underlit walkway. There is also a hair salon where demonstrations will take place.

Designers often use coloured LEDs to add drama, but for GHD architect Carey Jones chose white to accentuate the unusual forms. Philips supplied 718 of its iW Cove Powercore LED luminaires, which can be varied in colour temperature across a wide range from 300K to 6500K. They maintain the selected colour temperature when they are dimmed. Connectors between the individual luminaires make it possible to create continuous lines of light.

The luminaires are particularly suited to use in in small spaces, says Philips, because they are very slender and incorporate the technology within the luminaire control so there is no need for a separate circuit.