As the debate on UK runway capacity gets ever more intense, all of the UK’s airports are focusing on how they can use their existing assets more effectively. Paul Willis and Simon Rawlinson of EC Harris review the key issues affecting infrastructure replacement and enhancement 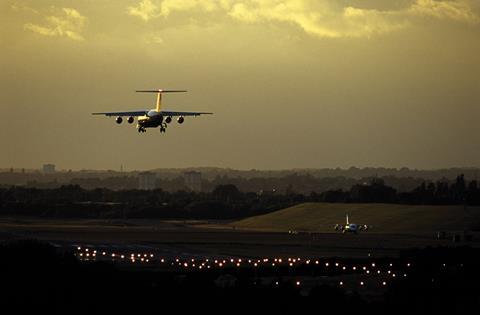 Aviation makes a key contribution to the global economy, but its operations and facilities are frequently challenged with regards to their impact on the environment - making rapid investment difficult to deliver. Aviation and associated support services contribute 1.5% to UK GDP, worth £18bn per year. Aviation has a key role in facilitating tourism too - which alone represents 10% of the UK economy.

Infrastructure projects are widely seen as a means of kick-starting the economy. Air infrastructure is particularly important as a construction opportunity and in facilitating aviation as a wider economic catalyst.

As the UK moves towards recovery, aviation’s unique contribution to rapid economic growth in a globalised economy will be very important - facilitating direct exports, encouraging inward investment and helping regions sell goods and services in new markets. The role of direct flights, supported by sufficient airport capacity, is crucial, and this is an area where the UK needs to invest. A recent British Chamber of Commerce study revealed the importance of direct flight links to business leaders in Brazil, China and other growth economies when making investment decisions.

While 60% of UK air traffic is focused on the regulated airports in the South-east - Heathrow, Gatwick and Stansted - regional airports are investing to capture a share of these growing markets. Airports including Birmingham, Edinburgh and East Midlands are proposing runway extensions and other infrastructure investments to extend their capability to host long-haul flights.

The high profile of the current debate on increased runway capacity in the South-east is a reflection of the high economic and political stakes involved and the long-term nature of these decisions. If approved, “Boris Island” would probably not open before 2028 and a third Heathrow runway could take six to 10 years to construct, so neither option will immediately address capacity and service issues affecting UK airports.

By contrast, there are a wide range of much smaller projects that need to be undertaken to address short and medium-term operational priorities in the context of existing runway capacity. Most of these projects will be on a much smaller scale than the investment carried out at airports across the UK over the past 10-15 years, and an increasing number involve the upgrade and adaptation of relatively new assets, often in reaction to changes in business requirements as well as asset condition. The ability to programme the adaptation and upgrading of existing operational infrastructure cost-effectively and with minimal disruption will be absolutely crucial to success in the next investment period.

The market for airports and airline operators has changed very significantly over the past 10 to 15 years and will continue to evolve rapidly. Figure A (below) illustrates the range of airport operating models that currently compete in the UK and Europe. Major changes facilitated by de-regulation include the growth of the budget airlines, the impact of e-commerce, the establishment of powerful alliances among a consolidated group of major airlines and the emergence of fast-growing international carriers such as Emirates as equally powerful competitors. 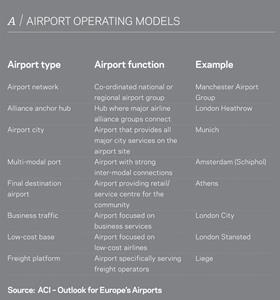 An illustration of how some of these changes affect investment can be seen in baggage handling. Typically, baggage handling demands increase in line with traffic volumes. However, with budget airlines encouraging cabin rather than hold baggage, pressure in many airports has transferred to passenger hand baggage screening. At the same time, with the widespread use of internet check-in, departing passengers increasingly allow less time for baggage check at the airport. As a result, systems must process hold baggage quickly and efficiently in order to optimise the time from bag drop to aircraft - mitigating the risk of delay. Changing customer behaviour and airline service innovation requires new service standards and additional investment, but creates real competitive advantage through improved service quality.

Similarly, airline mergers or changes to alliance membership, which drive changes to the location and colocation of airlines across the airport, can generate unforeseen investment priorities, with most of the benefit secured by the airlines.

As user demands such as enhanced service quality have grown, the public sector has also stepped away from investment in airport infrastructure. The business model for airports has transformed into the delivery of a highly competitive, self-financed range of business services. The 2008 financial crisis accelerated the evolution of this model, with airlines becoming more cost-conscious, consolidation of the ownership of airports and accelerating competition among airports to secure traffic from emerging economies. Away from regulated airports such as Heathrow, well-established and footloose airlines are driving competition between airports over landing charges, service standards and investment priorities. 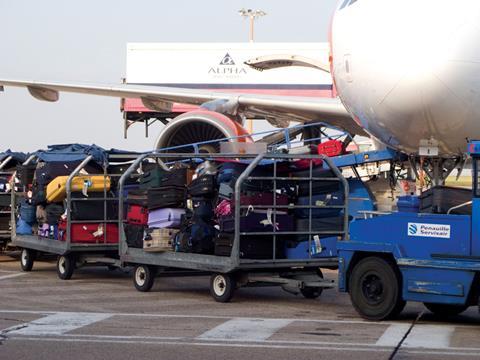 Aviation’s high-profile social and environmental impacts are increasingly accounted for and mitigated - requiring investment from airports as well as airlines. Aviation currently contributes 3% to global greenhouse gas emissions, and targets have been set both globally and locally to progressively reduce emissions related to flight and ground operations.

The UK’s target for aviation-related greenhouse gas emissions is for levels to return to 2005 levels by 2050, taking into account significant growth in passenger volumes. The plan is that the reduction will be achieved mainly through a combination of more efficient planes and engines and use of bio-fuels.

Other initiatives requiring on-airport capital investment include the Aircraft on the Ground Initiative (AGR) which requires investment in power and conditioned air supplies at stands, and low-carbon passenger and staff transportation systems. Some 70% of UK airports have adopted AGR initiatives. Long-term changes in air traffic control standards, such as “economic descent speeds” will also reduce fuel consumption and emissions, and should have noise benefits too.

05 / REGULATION OF AIRPORTS IN THE UK

UK airports are currently regulated by the CAA under the Airports Act 1986. The regulator’s role includes recommending levels of airport charges for three designated airports: Heathrow, Gatwick and Stansted. As these airports account for over 60% of passenger traffic in the UK, the CAA’s influence on service quality standards and customer expectations is substantial. The current regime was defined before the emergence of budget airlines; the ongoing break-up of BAA is also changing the regulatory requirement. The current scheme is due to be replaced ahead of the 2014 price review.

The CAA’s economic regulatory functions include:

In addition to setting charges, the regulatory model also drives airport performance through the inclusion of service quality measures. These motivate investment in capacity and the quality of the airport environment. Regulated airports can be financially penalised for poor performance. Service measures include availability of facilities such as air-bridges, queuing time notices for security screening, clarity of way-finding and cleanliness.

UK prices are set using a single-till RAB approach, whereby the airport operator is allowed to make a given return on its investment in regulated assets including a return on future forecasted capital expenditure, plus amounts for annual asset depreciation and operating costs. In the next price review period, and as a consequence of many years of high levels of capital expenditure, the CAA is expected to focus far more on demonstrating the value of expenditure on the existing asset base.

Issues with the regulatory model include:

Legislation to change the regulatory model is currently in parliament and will give the CAA more flexibility to devise regulatory schemes that address the needs of specific airports, placing greater priority on service quality. Possible outcomes could include longer price review periods for very large capital investment programmes, and even the establishment of competition between terminals at larger airports. 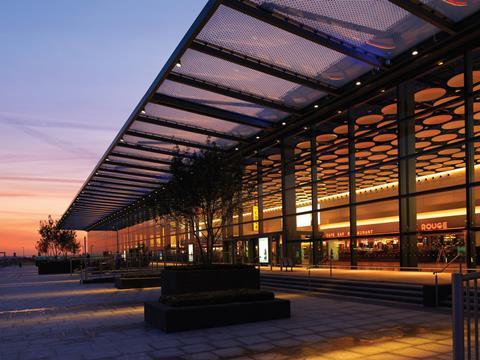 Work on airports has a range of additional cost drivers associated with operational and security concerns. As the balance of the work shifts to more extensive asset replacement and adaptation work, management of these drivers will become even more important to protect the financial interests of the airport owner. Asset replacement works are more likely to have to be managed around the operational patterns of the airport - necessitating out-of-hours working, double-handling of materials, high regard for health and safety issues and effective change-over-up at shift ends. Work on airfield infrastructure, such as runway rehabilitation, is also subject to weather delay and logistical constraints.

Security clearance is a key issue here, and processing of labour and materials can be a potential source of significant delay and extra bureaucracy. Contractors tend to use the same supply chains, as they already have security clearance and trained operatives, albeit that competitive pressure may be reduced. Airside working adds significant costs to projects, and wherever possible, work areas should be configured so they can be managed as landside projects with conventional operational procedures. Requirements and restrictions associated with airside working include:

There are a very large number of stakeholders involved in airport operation, with interests ranging from security, passport and customs control, through the operational and commercial interests of multiple airlines to the needs of owners and investors. These priorities can be subject to rapid change - as a result of crisis, legislation or business change such as an airline merger. Different parts of the operator business are also likely to have different perceptions of operational risks and investment priorities.With so many interests to be reconciled, prioritising investment and asset replacement strategies is challenging, particularly on designated airports where the relationship between the investment and the benefit to the asset base will need to be demonstrated to the regulator.

A key enabler of effective investment and stakeholder management is likely to be the asset management strategy - designed to deliver the optimum value from an organisation’s full range of physical and economic assets, while taking into account mandatory operational and safety requirements. Asset management has been widely adopted in some areas of transport infrastructure such as roads, but whilst the focus in aviation has been on major projects delivery, pro-active asset management has received a lower priority. Given the changing mix of workload, complexity of airport systems operation, the client’s need to prioritise investment and provide line-of-sight justification of programmes, formal asset management systems based on standards such as PAS 55 are increasingly becoming a key tool in the management of proposed investment programmes.

The cost model sets out indicative cost breakdowns for key elements of airport infrastructure including taxiways and stands, as well as runway re-instatement. The costs are based on an average UK location at second quarter 2012 price levels. The quantities used are representative of typical project sizes for larger airports.

Where the work involves close coordination with the operational demands of the airport, allowances for out-of-hours working and phasing have been included in the costs. Elsewhere, the costs have been prepared on the basis that works can be undertaken in normal working hours with minimal disruption or double handling of materials.

Adjustment should be made to the costs detailed in the model to account for variations in phasing, specification, site conditions, programme and market conditions.

We would like to thank Fiona Gordon, Gary Empson, Yusuf Sharif and Mat Riley of the EC Harris Specialist Airports Group for their contribution to this article