The local roads network has lost out

Today’s pledges of investment in strategic roads are welcome, but the cut to local authority funding risks creating a two tier roads system 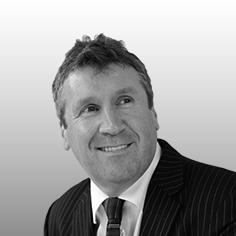 Additionally similar programmes have been announced in the past but then cancelled due to political inactivity, although this announcement seems to show that the scale of behind-the-scenes activity by the government has been genuine.

The challenge on strategic roads will be to ensure that the £15bn can be delivered efficiently and effectively for the driving public. The development and timing of these schemes is critical, and the impact of schemes on drivers’ needs to be managed sensitively.

The successful transformation of the Highways Agency into a Government Owned Company - a “GoCo” - will be critical to the success of the plan. The Highways Agency as it stands will become a smarter, thinner organisation with strategic responsibility for operations, which will in turn mean a transfer of innovation (and risk) to private operators in the supply chain.

The restructuring of the Highways Agency is perhaps an early sign that we are moving towards a new model of owning, operating and maintaining roads in the UK

Until now, annualised budgeting for the Highways Agency has led to a focus on short-term requirements. The Go-Co should allow an “investment-led” approach where greater emphasis is put on the needs of the customer, in this case drivers, through a greater understanding of the life cycle of assets. This will require new skill-sets to be developed in the supply chain.

Currently, there are no strategic road schemes identified to progress beyond 2020 and the restructuring of the Highways Agency is perhaps an early sign that we are moving towards a new model of owning, operating and maintaining roads in the UK. As is the case elsewhere in Europe, this could result in greater integration of the supply chain in the market, and these companies owning a financial stake in the network. Ultimately, drivers will likely become further involved in highways investment through tolling.

On local roads we do know that the DfT is changing future funding arrangements, linking allocations to the creation and deployment of effective local highways or transport asset management strategies. With a £4bn cut to local authorities funding announced in this statement there must be considerable unease about how local highways authorities will cope with predicted increased traffic, and potentially reduced resources. Every journey that uses the strategic road network starts with a journey on a local road first.

In 10 years’ time the roads networks in the UK could look considerably different but we must resist the creation of a two tier road network in the UK in that time.

Brian Fitzpatrick is head of highways at EC Harris