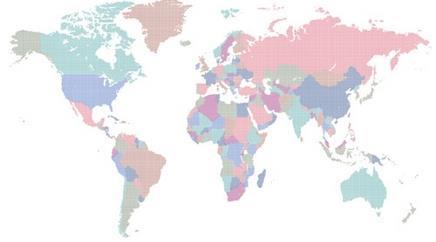 Construction is booming in all corners of the globe, creating demand and putting pressure on costs. The average building inflation for 20 countries in Europe, Asia, the Middle East, Latin America and North America increased to 6.1% during 2006, from 5.3% the previous year. But the average masks a broad spread of inflation that ranges from less than 3% in 11 countries to double-digit increases in four.

“The escalation we saw between 2004 and 2006 was a global phenomenon,” says Jim Scotti, vice president and chief procurement office for Texas-based contractor Fluor Corporation. “We’re in a suppliers’ market and no part of the world is exempt from this.”

Delivery times and scheduling are becoming bigger problems than pricing, says Scotti. “Equipment is going to be the biggest surprise. We’ve seen projects go back to the drawing board from a cost and scheduling standpoint, and if everybody’s programmes go ahead as planned, the market for big compressor and pressure vessels will be tight.” He notes that delivery times for large heavy-wall vessels have doubled in the past year, and predicts it will be longer in 2007.

Hong Kong has gone from falling prices earlier in the decade to double-digit cost increases this year, says Brian Livingston, international partner at Gardiner & Theobald. “Cost escalation in Hong Kong will be about 10% this year, which is high by their standards. Hong Kong has been clobbered by the building boom in Macau.” Mechanical and electrical costs alone on projects are increasing by 15-20%.

“Many commodities are linked to global pricing. Booming economies such as India, China and the UAE and a renewed interest in infrastructure in Australia and New Zealand are pushing up prices for materials in India,” says Manoj Kanti Ghosh, senior vice president of Feedback Ventures – a New Delhi-based affiliate of G&T. “The cost of trained manpower in India has gone up significantly in the past two years.”

Construction in Dubai remains frantic says Jeff Higgins, of G&T in the UAE, and “costs are going up substantially.” The concern is not so much raw materials but the scarcity of contracting resources. Only three bidders emerged for a recent $270m (£139m) real estate job. New contractors are entering the market, says Higgins, but it’s not helping costs. Increasing difficulty in recruiting workers from India is also fuelling labour cost inflation.

South Africa’s construction is very buoyant, says Calvin Setzkorn, a partner in Schoombie Hartmann Preller, Pretoria. Concrete supplies are not keeping up with demand and steel prices have increased 12% in the past three months, says Setzkorn, but he expects steel prices to fall back 8% in 2007. Contractors depend heavily on migrants for skilled workers, he notes.

Construction hot-spot Moscow, is Eastern Europe’s Dubai, says Livingston. “The main problem is availability of good contractors. Turkish contractors are well-established but western firms aren’t willing to come.” Another challenge is the rouble, which has fallen more than 20% against international currencies in three years, he says.

Poland’s construction market also is “very hot”, says Jan Holyst in G&T’s Warsaw office. “Bid prices are sky-high and going up. Contractors won’t give a fixed-price contract or leave a tender open for more than 90 days.”

Materials prices in Poland have escalated . “Cement prices have rocketed and steel and rebar have gone up incredibly and are still going up,” says Holyst. At the same time, labour migration to Western Europe fuelled wage inflation of up to 35% in the past year, he says. “The only thing that can keep skilled workers here is a substantial pay increase.”

Romania, which joined the EU in January 2007, is attracting a lot of investment, says Gavin Moore, G&T’s country manager in Bucharest. Projects launched in the past 18 months are set to start on site in 2007, putting pressure on capacity to deliver. Finding contractors will be difficult but labour may be the bigger problem – with emigration, labour prices are increasing.

France also has an extremely positive market, says Chris Gilmore in G&T’s Paris office. At about 4.7%, construction inflation is double the general rate in the economy partly because competition between contractors is easing. “Contractors are now pricing without discounts,” he says. “Over the last two years there has been a little margin recovery.”

For mid-size German contractors, order books are nearly full and prices are starting to rise, says David Lees, country manager for G&T in Berlin. The unit price of smaller buildings has risen 5-10% this year.

UK construction is getting busier from already higher levels, says Nick Rowe, a G&T partner in London. The UK is seeing the flip side of shifting European labour markets. “Migration from Eastern Europe is slowing labour cost hikes,” says Rowe. “But, at the same time, professionals’ salaries are rising.” Steel prices are still rising, but nothing like two years ago, he says. But copper price hikes of 70% in the past year are being felt in bids for electrical and plumbing contracts.

This report has been prepared by Gardiner & Theobaldusing its worldwide network of offices and associated companies. All costs were provided in local currency and have been converted to pounds for the purpose of comparison at exchange rates current on 4 December 2006. VAT has been excluded.

The International Construction Cost Survey was compiled using data provided by others. Although every effort has been made to ensure that the information contained in this report is correct, no liability can be accepted for any errors or omissions. Furthermore, because of constantly changing political, economic and market conditions, this data is for comparative purposes only and should not be relied upon or otherwise used without prior reference to Gardiner & Theobald LLP, 32 Bedford Square, London WC1B 3JT.