Gary Sullivan, co-founder and chairman of Wilson James, explains what the army can teach construction 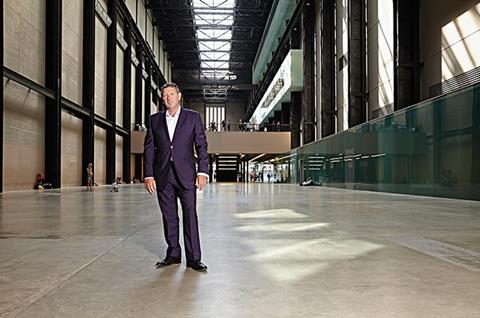 “I think I’m just a busybody, just an interfering sort of git, really,” says Gary Sullivan, when asked what attracted him into construction logistics.

“If we were out in the street now and there’s a bit of a traffic jam and there’s a fire engine trying to get through, I’m the joker standing there in my suit looking a bit of a berk, but making sure the traffic does the right thing. I’m just the sort of person who likes to organise people and things.”

Sullivan, the co-founder and chairman of facilities management and construction logistics specialist Wilson James, is speaking in the basement of the Tate Modern, a building where his firm has provided facilities management services since 1997 when work to convert the power station into the modern art mecca that we know today first began.

Then, Wilson James was a £6m turnover firm, with around 240 staff; now it turns over £110m, has 3,000 staff nationwide, and works with some of construction’s biggest and most sought-after clients and main contractors. This gives it a unique perspective on the big construction firms that work on the industry’s prestige projects, as well as how the efficiency and sustainability of major construction projects can be improved through better logistics - a subject Sullivan is hugely passionate about. But how did Sullivan, a former army paratrooper with a fondness for tap-dancing, come to found and grow a construction logistics provider? What is the secret of Wilson James’ continued growth? And how can the industry benefit from better logistics?

Sullivan says he wanted to be a paratrooper since reading a book about the history of the regiment, which he bought at a jumble sale when he was 14 (he bought it to impress the girl working behind the stall). At school he also had a love of tap-dancing, but got a firm steer away from pursuing it as a career: “I went to see the careers officer before I left school and he asked me what I wanted to do and I said I want to be a paratrooper or a Hollywood tap dancer. He didn’t even look up and said: ‘Join the paras, don’t tell them about the tap-dancing or someone will fill you in, now eff off.’ That was my career advice.”

Sullivan spent seven years in the paratroopers, serving in Northern Ireland and Bosnia, before joining the UN for a period, where he was first introduced to logistics. After leaving the UN he started out in construction working as a logistics and security manager for Bovis Lend Lease on Stanhope’s Broadgate and Ludgate projects in the City of London, during which time he says he learnt an enormous amount - but also came to realise how construction could benefit from improved logistics.

He founded Wilson James in 1991 with current chief executive Mark Dobson. The firm started out with just the two founders and an office manager, but today its 3,000 staff are split over three divisions: facilities management, construction logistics, and integrated services - a consultancy arm that provides advice to clients on improving the logistics and management of their projects and programmes. The firm managed to grow each year through the recession, increasing revenue from £62m in 2007 to £112m in 2013. Sullivan says the balance the business has between its three arms - which are evenly split revenue-wise - helped the firm through the downturn, while its strong relationships with major clients, like Heathrow, AstraZeneca, and the Atomic Weapons Establishment, enabled a steady flow of work. He says the firm’s role on the Olympics, where it provided security and logistics on the Olympic Village project before and during the Olympics and then during the post-Games transition, was also critical. “We had a good Olympics - and that helped enormously in carrying us though those harder times,” he adds.

Sullivan says one key element in Wilson James’ success has been employing and retaining good people - the firm has a 4.6% staff turnover rate - which is coupled with a concomitant fear of seeing those people out of work: “What’s the secret of growth? Fear,” he says. “It’s the fact that the people that have been with us for a long time - we know them and their families - so there’s a compelling emotion that we find the next job for these guys.”

Wilson James has seen working practices in the industry change since its inception, and Sullivan’s passion for the human side of the business meant he was dismayed to see the construction industry reverting back to bad habits during the recession, with “sharp” practices undertaken by main contractors and clients to squeeze the supply chain. “Having worked with some of the very best in the industry and seen real progress, this recession has been quite painful,” he says.

“We’ve seen a reverting back to the old days, at every level, with people finding ways to squeeze margin extracting money from tier two [suppliers]. The industry forgot to care. It had started to become a caring industry and we’ve seen massive improvements in safety and welfare on site, but in the recession I think it lost the fact that it cared for the guys who go out there and lay the bricks or put the steel up or polish the glasswork.

“That’s the biggest disappointment. It just got a bit rough round the edges again, with a return to take-it-or-leave-it type attitudes - people going back to being bullies and I’ve never been comfortable with people being bullies.”

Sullivan says the blame lies not just with main contractors, but also clients, who he says must take more responsibility for ensuring contractors deliver best practice. “The people that commission the building have responsibility in how they engage with contractors. People just telling you they’re doing the right thing is not enough. You have to actually interrogate that as a client and constantly monitor contractors to make sure they’re living up to what they’ve written in their tender.”

He says with the recovery, he can see things beginning to improve, with the balance tipping back in favour of the supply chain, but says for now it’s only “a subtle shift”. However, he adds that as conditions improve, clients and contractors that squeezed suppliers during the downturn may see their supply chain “dry up”. “Maybe we’ll see that those tier ones and clients that behaved with integrity and ethics during the recession are the ones that contractors choose to work for, and those that didn’t might find it a bit more difficult to get their supply chain to come to the party.”

Sullivan says improving working conditions - and ridding construction of its “rough” reputation - is crucial if the industry is to meet the challenges it now faces in attracting new people and filling its skill shortage. “We need to improve the industry to attract talent. It will have to improve again to attract people in as they have choice these days,” he says. For his part, Sullivan is involved in a pilot project with the Construction Industry Training Board (CITB) called Build Force, which is aimed at attracting ex-service personnel into construction. A recent open day at RAF Northolt saw around half the 70 people who attended sign up for work placements with a range of contractors. 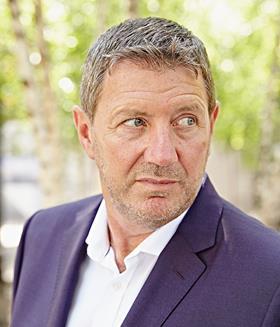 “It’s my belief that service leaders fit into construction pretty nicely: it’s robust and the skill set is not dissimilar,” says Sullivan. “Military campaigns take a huge amount of planning and logistics, and frankly if you can strip down and reassemble a rifle then you can operate an angle grinder; if you can plan the movement of 3,000 men from Colchester to the middle of Helmand province, with all their kit and equipment, then you can plan a construction site; and if you can manage a squad of hairy-arsed paratroopers you can manage a squad of hairy-arsed brickies just the same. Those leadership skills, those planning skills, the education that the military has, the doctrine, fits into construction really well.”

Sullivan still serves in the army as a reservist in the Engineering and Logistics Staff Corp, and has worked in Afghanistan on four occasions, most recently in March when he worked on the logistics of bringing the troops and equipment back to the UK. He says construction still has much to learn from the military’s approach to logistics, and is a long way behind other industries in realising its full benefits. He says there needs to be a step change in the use of off-site manufacturing and consolidation centres - focused distribution centres where project materials are stored, assembled and then channelled to sites. Sullivan says Skanska’s Barts and Royal London Hospital project shows what this approach can achieve. Wilson James’ strategy saw 95% of the project’s waste diverted from landfill, 2,229 fewer delivery vehicle journeys into central London, and an 18-tonne reduction in carbon emissions as a result of journey reductions. “We were down to no more than six deliveries to the site a day. It was almost as though no one noticed it happening.”

There is a wider lesson: “At the moment construction thinks logistics is about the site - and in part that’s true - but actually it’s more about looking at where materials come from and how you move them in the most effective way,” he says. “If you think about a construction project in its purest terms it’s a series of parts that you move from one place to another and then assemble. If eventually there’s three or four consolidation centres in every big city I’ll be happy - it’ll mean someone’s listened.”