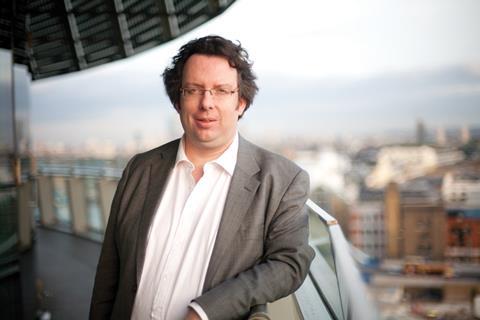 As anybody who has even contemplated buying a home in London in the last 20 years will have noticed, the capital’s housing market isn’t a welcoming environment for people earning less than stellar salaries. A booming population combined with a lack of supply has led to ever increasing prices.

The pressure, therefore, is on the Greater London Authority (GLA) to do all that it can to increase supply. Unfortunately, the figures from the last year don’t look promising. According to the latest iteration of the London Plan, the strategic planning document covering the capital, the mayor has a minimum target for housing completions of 30,000 a year. In 2011/12, just 20,000 homes were built, although that was an improvement on 2010/11, which saw only 18,000 completions. In other words, housebuilding remains a third below the minimum level that the GLA believes is necessary; a target that in any case the London Plan itself acknowledges isn’t high enough to take account of the latest household projections for the capital.

The man with the unenviable task of addressing London’s housing needs is Richard Blakeway, Boris Johnson’s remarkably youthful - he’s 34 - deputy mayor for housing. A former House of Commons researcher, Blakeway acted as Johnson’s housing adviser during the mayor’s first term, and was promoted following the elections in May.

Blakeway says that when the next set of completions figures are released, London will have just about hit the 30,000. However, he adds that an analysis of the figures shows that the extremes of the market make up a worryingly high proportion of the total. “If you look at that 30,000, half of it is probably affordable housing and the other half market housing,” he says. “But a large proportion of the market housing was high-end and a lot of that would have been bought overseas. Of all the deficits in supply, we feel that the mid-market is the most acute and we feel that will have the greatest economic impact.”

So, with viability and development finance concerns still paramount in housebuilders’ minds, even in London, how does Blakeway intend to support the industry to build more homes for average Londoners? Part of the answer, he says, is to reduce regulatory and financial burdens on housebuilders. He cites changes to the supplementary planning guidance that accompanies the London Plan as an example - 390 design codes have been reduced to 70-80, he says - and adds that he is a strong advocate of deferring capital receipts, which allows housebuilders to delay land payments until after they have started generating revenue from a development.

Developers in some parts of the capital might scoff at the idea that the GLA wants to remove financial constraints on development. The community infrastructure levy (CIL), which largely replaces section 106 payments, is set by planning authorities and allows them to charge developers fixed sums for different types of development. In London, however, there is also a mayoral CIL to pay, which has been introduced in order to fund Crossrail, the east-west train line through central London. However, development in all London boroughs is to be charged a different rate based on the capital’s public transport zones, regardless of whether they actually benefit from Crossrail’s development. Wouldn’t it have been fairer to charge developments closest to proposed Crossrail stations a higher rate?

Blakeway is having none of it. “If you look at Crossrail, it is a major piece of infrastructure that will be of huge benefit to London. It will unlock parts of the capital and make schemes viable, which will ultimately benefit the development industry.”

Developer contributions notwithstanding, recent developments have allowed the GLA to take a much more proactive stance on housing. When the Localism Act came into effect earlier this year, responsibility for housing investment in the capital passed from national housing and regeneration quango the Homes and Communities Agency (HCA) to the GLA, giving the mayor control over key funding streams such as the Affordable Housing Programme. Perhaps most significantly, the changes also involved transferring the HCA’s land assets in the capital to the mayor, alongside those of the now defunct London Development Agency and Thames Gateway Development Corporation. In total, the GLA inherited 625ha of land - about two-and-a-half times the size of the Olympic park. 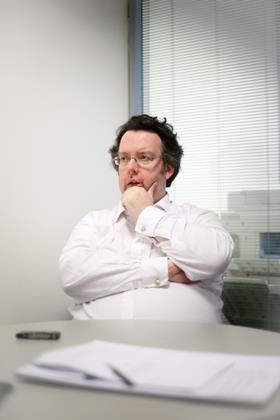 Blakeway adds that the GLA’s new land holdings and sources of funding also give the authority greater weight when it comes to getting involved in major projects. “There’s more strength to our arm. We had a policy role previously, but when you’ve got programmes and land responsibilities, that totally changes the dialogue that you’re able to have with local authorities and housebuilders and others,” he says.

Now that Blakeway has control over so much land in the capital, what exactly is he going to do with it? Get rid of it, apparently. “The mayor has made a very clear commitment that by the end of this mayoral term we will have an exit on all of those sites,” he says, adding that the 2016 deadline won’t force him to dispose of land if a good deal for the tax payer can’t be found. He also says that an exit strategy might involve the GLA retaining land interests in some large-scale developments, citing the Barking Riverside project, a joint venture between the GLA and housebuilder Bellway, as an example. “There is a real momentum behind releasing those sites now,” he says. I’m very confident that we will have an exit on all the sites by 2016.”

In order to bring sites to market more quickly, the GLA, in partnership with umbrella body London Councils, is setting up a framework agreement in order to allow it to appoint developers without the need to go through the entire OJEU process for every site it owns. According to Blakeway, the GLA will always try to dispose of land through the framework in the first instance and members of the panel will be appointed early next year and take effect in April. “We estimate it takes about half the time to appoint a development partner and reduces costs to everybody,” he says.

However, the GLA’s ambitions for the panel extend far further than disposing of its own assets. Blakeway says that he is in discussion with the Metropolitan Police Service about the possibility of the force disposing of its unwanted land through the framework.

And he wants to go further. “One of the things that we’re saying to government at the moment is, ‘Look at what we’re doing in London. There’s real momentum behind this, so are there sites that are owned by government [that we could dispose of through the framework]?’” he says. “While we’re the biggest single landowner in London, most of the public land will be owned by Whitehall. So one of the things that we’re talking to the communities department about is whether the mayor could take an agent’s role to bring forward those sites or even have sites transferred to him so that we can bring them to market.”

With such a huge volume of land to dispose of in a relatively short period of time, isn’t there a danger that investors will snap up key sites, only to sit on them and watch the value increase? Not according to Blakeway. He says he keeps a close eye on the detail of development agreements to ensure that if a buyer doesn’t make demonstrable progress, the GLA has the power to intervene. “We can reflect in those agreements long-stop dates for seeking planning permission and gaining planning consent,” he says, adding that development agreements can also include requirements on developers to secure funding or end-users by particular deadlines in order to demonstrate that progress is being made. “Even at the point where we appoint a preferred partner we will remain actively engaged with the development,” he says.

Londoners will be hoping Blakeway’s strategy for boosting housing supply in the capital translates into more impressive completion figures - otherwise they will begin to question whether the transfer of all that power and all those assets was really justified.