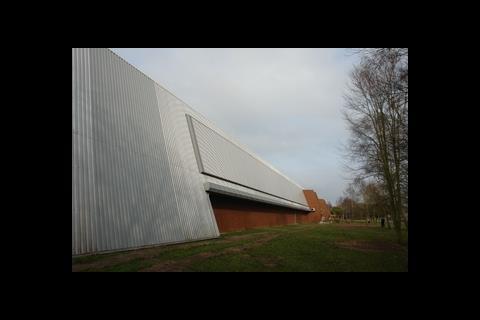 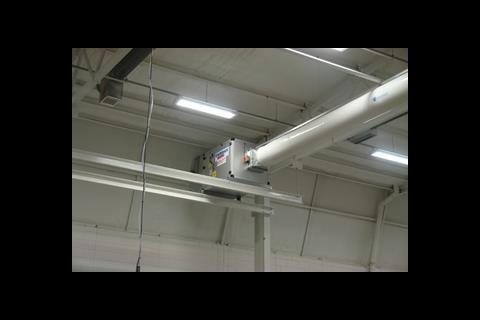 Atired industrial unit on an undistinguished business park is not the sort of venue normally associated with pioneering the uptake of green technologies, but the car manufacturer Jaguar Land Rover foresaw an exciting future for the dingy property on the outskirts of Leamington Spa when it took over the lease in spring 2008.

It was to be the home of a training academy where dealership staff from around the world learn how to service the hottest new Jaguar and Land Rover models. And the manufacturer also wanted to use the premises to encourage its dealers to think about green building technologies.

The job of deciding what technologies were appropriate fell to the manufacturer’s building engineering team, who did a lot of work searching the internet for suitable options. The team considered the potential of 30-odd technologies, comparing capital cost against energy saved, but two stood out as offering the best return on investment.

The most cost-efficient solution, unsurprisingly, was to seal and insulate the building. “Recladding costs were astronomical so we sprayed a 75mm layer of insulation on its inside to seal the building and improve its thermal performance,” says John Vickers, plant engineering manager at Jaguar Land Rover. The second most costeffective solution was to heat the building’s fresh-air supply using SolarWall, a passive heating technology new to the UK.

SolarWall is an unglazed solar heating system, which heats external air via a southfacing solar collector. The unit consists of a skin of perforated cladding installed as an additional skin to a building’s southfacing elevation, creating an air space between the collector and the insulated wall. The perforated cladding captures the warmth from the solar radiation falling on it and uses it to heat and ventilate the building.

The plant engineering team at Jaguar Land Rover worked with cladding maker CA Group, which is rolling out the Canadian technology in Britain, to design the 268m2 installation. It was fortunate that the south elevation has a steel-clad mansard roof, mounted above a windowless brick wall – the roof’s steeply angled lower slope was an ideal location for the SolarWall unit. The unit’s perforated steel skin, made from Corus’s pre-finished ColorCoat Prisma, was specified to be as dark as possible to maximise the solar heat absorbed and help it to blend with the existing cladding.

Inside the training centre, Jaguar Land Rover has installed a double-height workshop, classrooms and a cafe. Fresh air warmed by the SolarWall is drawn into the workshop by two fan units, located 30m apart, and supplied through ceilingmounted 500mm-diameter fabric ducts. A mixing box with motorised dampers, mounted on the fan intake, controls the ratio of fresh and recirculated air according to temperature.

Peter Phillipson, project engineer at Jaguar Land Rover, says the system is most effective in spring and autumn, when the outside air is cool and the sun is still warm. For example, at 9.30am on 29 September, the outside temperature was hovering at 9C and after passing through the SolarWall the air temperature had increased to 26C. At such times, the system can meet the ventilation requirement of one air-change an hour while maintaining the working environment at 20C. The tempered fresh air is drawn into the classrooms and kitchen from the workshop.

In winter, when the sun fails to shine, the fresh-air dampers shut down to the minimum setting of about 10% of total supply air, which is sufficient to pressurise the building to prevent cold drafts. The fans still run at full duty, however, to push air through the fabric ducts to eliminate the build-up of hot air at high level.

Even in winter, air drawn from inside the SolarWall will be warmer than the outside temperature because it captures heat escaping through the building. Additional heat is provided by two direct-fired gas air-handling units, on the north elevation, which Jaguar Land Rover retained when it took on the building.

In summer, when the outside air does not need to be heated, the fresh-air dampers on the SolarWall are closed and the original air-handling units are used to draw outside air into the workshop from the north elevation, where its temperature is coolest.

Phillipson has monitored SolarWall’s performance since the building opened last December. He says it is expected to save Jaguar Land Rover 80,000kWh of energy, or 19 tonnes of carbon.

SolarWall is particularly well suited to heating warehouses where the inside temperature is not critical, and Jaguar’s plant engineering team is now looking to install the product on other projects.

SolarWall is being promoted for new-build but, as Jaguar Land Rover has demonstrated, the benefit of using it for retrofit is that it is a standalone system, which means you don’t have to replace the existing plant.

How The System Works

As sunlight strikes the outerskin its energy is absorbed,warming the steel, which in turnheats the layers of air in contactwith the inside and outside ofthe skin. A fan unit draws theheated air from the cavity intothe building.

The key to the system’seffectiveness is the thousandsof tiny perforations uniformlyspaced across the surface of theprofiled steel sheet. These enablethe heated air, in contact with theoutside of the panel, to be pulledthrough into the air cavity, whereit mixes with the warmed air.The perforations are claimed toincrease the heat collected by thesystem by up to 50%, raising theair’s temperature by as muchas 30C. This fresh, heated aircan then be fed directly intothe building as ventilation airor ducted to an HVAC unit.

SolarWall has been designedto preheat outside air being drawninto a building, which makes itparticularly suitable for buildingswith high occupancy levels thatneed large quantities of fresh air.However, the system can beadapted to work as a warm-airheating system by minimising thedepth of the cavity between theperforated panel and the originalcladding. This reduces the quantityof air drawn into the system andincreases its supply temperature.

Depending on the size of theinstallation, SolarWall is claimedto reduce a building’s total energyrequirement by more than 20% andheating costs by more than 60%.It is said to be a cost-effectiveway to meet a building’s renewableenergy target under the Mertonrule. It will also improve theU-value of the existing wall inwinter by capturing the heat lostfrom the cladding in the air cavity.In summer the system helps tomitigate solar gain and reducecooling by venting the heated airfrom the SolarWall to outside.

The steelmaker Corus is pushingfor the system to be included in theSBEM and SAP software systems sothat its benefits can be calculatedmore easily.

SolarWall is suitable for almostany building where steel claddingcan be used on a wall that faces duesouth or within 20° of south,including factories, warehouses,leisure and sports centres andventilation for office areas. It mayhave applications in schools, too,where fresh air is essential inclassrooms. There are no movingparts so the collector can beinstalled by a cladding contractor.

The manufacturer claims thatpayback can be achieved in as littleas three years for new-build orseven years for retrofit.