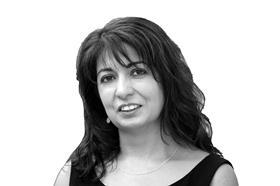 A spate of recent decisions by the Technology and Construction Court (TCC) have featured harsh criticism of expert witnesses. The landmark case of Compania Naviera SA vs Prudential Assurance Company Ltd (Ikarian Reefer) in 1993 set out clearly an expert’s duties, and recent case law will hopefully remind experts what it means to act as an expert witness.

The principles set out in the Ikarian Reefer decision are enshrined in Part 35 of the Civil Procedure Rules (CPR), yet it seems that experts pay scant regard to the rules governing their participation in the litigation process.

The Supreme Court in Jones vs Kaney (2011) abolished a 400-year-old immunity from liability for experts. This means experts can now be sued in negligence. The court, no longer convinced that experts would become unwilling to act for fear of being sued, held that the removal of immunity “would tend to ensure a greater degree of care”. Unfortunately, recent decisions suggest standards, rather than improving, have continued to slip, with a seeming lack of knowledge among experts as to what their role entails.

“An expert’s duty is to help the court on matters within their expertise. This duty overrides any obligations to the client who has instructed or paid the expert”

An expert’s duty is to help the court on matters within their expertise. This duty overrides any obligations to the client who has instructed or paid the expert. This makes it particularly important that expert evidence is, and is seen to be, independent, objective and uninfluenced by the demands of litigation. Under the Civil Justice Council Protocol (2014), a useful test as to whether this duty is met is whether the expert would express the same opinion if instructed by the opposing party.

In a number of recent cases criticism of experts’ independence has been such that their evidence has been discarded in its entirety. For example, in Van Oord Ltd and Another vs Allseas UK Ltd [2015], the TCC delivered a damning judgment for the claimant’s expert who had allowed himself to become the claimant’s “mouthpiece”.

Similarly, in Riva Properties Ltd & Ors vs Foster + Partners Ltd [2017] Mr Justice Fraser was very critical of the defendant’s expert for “simply changing his mind” and providing “no satisfactory explanation”. The expert was also considered to be “somewhat obstinate” and it appeared that his evidence was influenced because “he feared the answer to the exercise would harm the case being advanced by Fosters”. The expert was roundly criticised for being “wholly unhelpful”.

The TCC was also heavily critical of ICI’s expert in the recent case of Imperial Chemical Industries Ltd vs Merit Merrell Technology Ltd [2017], saying the expert’s approach was “wholly illogical” and “a clear demonstration of [the expert] adopting a partisan […] unsustainable, position in ICI’s favour. No independent expert should do this.”

Finally, in 125 OBS (Nominees 1) vs Lend Lease Construction (Europe) Ltd & Others [2017], Mr Justice Stuart-Smith criticised the defendant’s expert for “the failure to follow the implications of what he knew [….] It remained quite unclear how he could, consistent  with his duties to the court, have failed to make plain his clear understanding that some of the documentation was fabricated and that […] the documentation as a whole (on which he commented extensively) did not support his client’s case.”

Such judgments demonstrate a growing trend of the court’s willingness to take aim at experts who they believe are not acting completely independently and in accordance with their duties (for example by producing illogical opinions or ignoring key documents or facts).

An expert who acts outside their duties under CPR Part 35 is arguably in breach of their duty of care to their client. Proving a loss arising from such a breach may be difficult for a party in litigation, as it would involve speculation on how the case would have proceeded had the expert acted differently. However, the risk of negligence claims against experts is plain.

There is also a risk of an adverse costs order being awarded against a party to litigation as a result of an expert’s conduct, as happened in Igloo Regeneration (General Partner) Ltd vs Powell Williams Partnership [2013]. A partial indemnity costs award was made against the claimant due to the conduct of its inexperienced expert engineer, who made concessions in the joint statement which undermined the claimant’s case on liability. When this was noticed by the judge, the expert sought to resile from the concessions and filed a revised statement.

Experts must understand and act in accordance with their duties under CPR Part 35. Equally, solicitors instructing experts should take care not to compromise the expert’s overriding duty to the court. The appointment of an expert should be seen as just that – obtaining an unbiased view from an expert in the relevant field such that a proper assessment of the risks of litigation can be made by the lawyers and appropriate advice given. To seek to use the process to advocate a claim or a defence through the expert, or to seek to influence that expert’s views, risks credibility being lost and most likely an adverse decision and potential cost sanctions. Far better to obtain an expert’s impartial, balanced view and to use those opinions to steer the case to the best outcome for your client. These recent decisions will hopefully have the welcome effect of reducing the use of experts as a “hired gun”.

Sheena Sood leads the construction, engineering and infrastructure group at Beale & Company Solicitors, which drafted the second edition of the CIC BIM Protocol