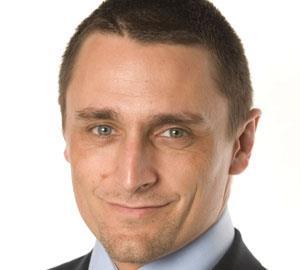 Some argue against a sustainable building code, saying the ones we’ve got are bad enough. Surely all the more reason to clarify the green agenda

Last summer I joined the UK Green Building Council’s task group set up to address the question: does the industry want or need a code for sustainable buildings? There was an overwhelming response from across the property sector and I was surprised by the level of interest and the strength of views.

Despite what has proved to be one of the most challenging periods in the construction industry’s memory, interest in the sustainability agenda and particularly its governance has remained amazingly high. But why?

There is no shortage of government policy or industry initiatives around the notion of sustainable buildings, but there is a lack of coherence which has led to confusion. In 2004, when a government-commissioned report (headed by Sir John Harman and Victor Benjamin) first recommended a national code for sustainable buildings, it recognised that one of the problems, even then, was the plethora of sustainability initiatives.

Indeed, when we approached our peers in the green building field last autumn, not only were a number sceptical about the need for a new code, they questioned the value of existing tools.

Most, however, were firmly in favour of a new way to define sustainable buildings. There is a strong sense that we do need something fresh and comprehensive, which will make an important difference to reduce the negative impacts of our buildings, old and new, and to significantly improve our built environment now and in the future.

These concerns are now high on the mainstream agenda. But in our enthusiasm to embark on our journey, we have overlooked the fact that we lack some fundamental information. Such as, where exactly are we heading, how long will it take, and how much will it cost to get there?

A new code could remove, not add, confusion and form the basis of a new kind of relationship between the government and industry

Worse, we don’t really know where we’ve started from, in the sense that few of us have any idea how our buildings perform in practice. It is now widely accepted that a building behaves very differently in operation – when we’ve added the people – compared with drawing board calculations.

Does any of this mean that we need a code for sustainable buildings? The answer, as the task group discovered, depends very much on what you think the “code” might be in its final form. Should it be a rating tool, like BREEAM or LEED; a set of government targets; or guidance? Should it be a code at all, or a framework that defines a baseline, sets outcomes, provides guidance, links regulation to the industry and has the ability to evolve over time so it can change as we learn and innovate?

In the Code for Sustainable Homes, the government set out the trajectory of future regulations for the first time, providing a level of certainty the property industry had never had before. It also began to define a “destination”, by pointing the way to zero carbon. This clarity has resulted in unprecedented levels of innovation. Before this, regulations, and even voluntary assessment methods such as BREEAM and Ecohomes, were based on incremental improvements to what had gone before.

As the government sets new zero carbon targets, we have seen a growing demand from industry for a solution that actually underpins the sustainable performance of non-domestic buildings. For instance, what do we mean by a “sustainable building”, and how do we quantify this across the whole of the property value chain? How might the features of a truly sustainable building be expressed, and measured in a consistent way? And how can we improve information sharing with our peers to set benchmarks and drive up standards?

The challenge for the code for sustainable buildings, or whatever it’s called in its final form, is to demonstrate a new solution can remove, not add, confusion. It could form the basis of a new kind of relationship between the government and industry – a negotiation of how far we need to go, and how fast – which will provide a level of confidence that can enable innovation and investment. It could also be the basis for the removal of unnecessary clutter, policy or technological distractions, which just get in the way of what we are all striving to achieve.