Letter: In memory of Martin Spring

A reader writes: ‘Martin was such a gentleman’ 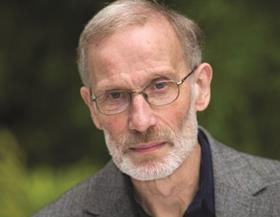 Martin was held in much affection by architects and by fellow members of Building’s editorial staff (“Obituary: Martin Spring”, 17 March 2016).

He was architectural editor for probably longer than any of his ex-colleagues can recall. He was trained as an architect but did not practice, directing his efforts into architectural journalism, a field in which he demonstrated a unique touch. He had a particularly human approach to his subject, at a time when style-obsession and snideness marked many exponents of his craft. He would invariably see the glass half full rather than half empty. He won frequent awards but was characteristically self-effacing. His two favourite buildings, I recall, were the Royal Festival Hall and Economist Building, both Modernist but displaying human warmth and scale. During and after his tenure on Building he regularly organised, with meticulous detail, architectural tours that always involved a good pub. He will be warmly remembered by many.
Alastair Stewart, via email

Martin was such a gentleman. He was always supportive and very sensitive. His writing had such clarity of thought and the few times I met him, I very much enjoyed our conversation. He will be much missed.
Keith Papa, via www.building.co.uk