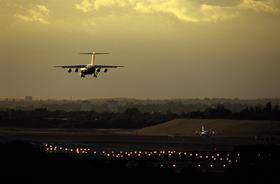 Airport owner BAA has decided to go ahead and sell Stansted airport and not appeal a ruling by the Competition Commission, which told it to make the sale.

In 2009 the Competition Commission ruled that BAA had to sell Stansted and either Edinburgh or Glasgow airport. It duly sold Edinburgh airport.

But last month BAA lost an appeal to the Court of Appeal to overturn the decision on Stansted.

In a statement BAA said: “Having carefully considered the Court of Appeal’s recent ruling, BAA has decided not to appeal to the Supreme Court and is now proceeding with the sale of Stansted Airport.

“We still believe that the Competition Commission ruling fails to recognise that Stansted and Heathrow serve different markets.”

The sale will leave BAA with Heathrow, Southampton, Aberdeen, and Glasgow airports.