Can tall buildings ever be sustainable?

With debate still raging over the 230 towers lined up to make the London skyline look more like Hong Kong’s, Ike Ijeh looks at whether tall buildings can ever be sustainable 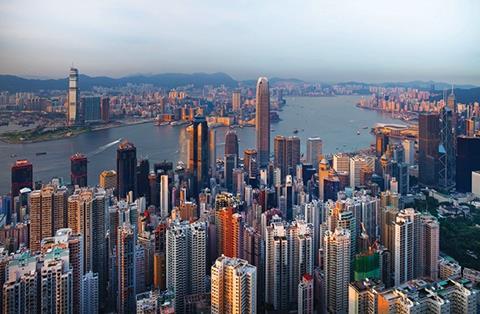 Can tall buildings ever be sustainable? It’s a simple question that poses a very complicated set of opposing answers. Perhaps the traditional view of tall buildings is that they are a largely unsustainable form of development. This is a viewpoint easily served by the scarring experience of many of the failed tower blocks of the fifties and sixties and the corrosive urban and environmental conditions that came with them.

Moreover, critics point to a slew of familiar social and environmental evidence as justification ranging from energy inefficiency, poor life expectancy and overheating risk to physical anonymity, economic severance and social polarisation. Even Ken Shuttleworth, one of the designers of London’s “Gherkin” tower, famously decreed that era of the glass skyscraper is, or at least should be, dead.

But there is a substantial counter-argument that holds the opposite point of view. Here subscribers believe that tall buildings can offer unparalleled innovation and exhilaration and maintain that it was as much poor maintenance as poor design that was responsible for the high-rise urban ghettos of the latter half of the 20th century.

Equally, supporters can point to a flurry of technological advances that enable skyscrapers to be just as green if not greener than their low-rise counterparts. Gensler’s Shanghai Tower, the second tallest tower in the world, claims to be the greenest on the planet, and the world’s first Passivhaus office tower was certified in Vienna less than two years ago. And of course visionaries like “ecoarchitect” Ken Yeang have long propagated tall buildings as lush, vertical “greenscapes” that offer an idealised, utopian ideal of a sustainable future. 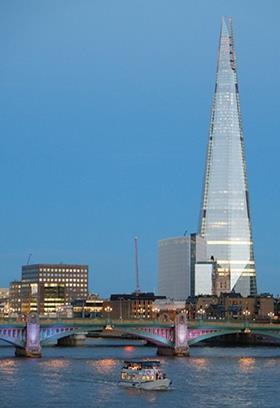 So where does the truth lie, and how do we find out what it is? Nothing demonstrates the challenges and paradoxes inherent in this quest more perfectly than a 2013 report published in New York, the spiritual home of the skyscraper. Environmental consultants Terrapin Bright Green recommended demolishing scores of mid-century Manhattan high-rises as their single-pane glazing, poor construction and insubstantial insulation simply made them too energy inefficient and too difficult to adapt.

But what did the report suggest these building should be replaced by? Not low or mid-rises but bigger, better skyscrapers designed to modern, environmental standards. It claimed that more efficiently designed contemporary replacements that were 44% larger than their predecessors would consume 5% less energy and offset their carbon cost of construction within 15 to 28 years.

It is perhaps not New York but instead London where the need to assess the true sustainable merits or otherwise of skyscrapers is at its most urgent. Last year’s revelation by urban think-tank New London Architecture that 230 tall buildings are to be built in the city has rightly provoked a fierce debate over the future of London’s skyline.

But there has been less focus on the sustainable ramifications of these developments, which could be substantial. And as well as the environmental consequences, there might be profound social effects too. Unlike New York, London’s property market offers an acutely imbalanced economic micro-climate of high prices and low supply, largely though not entirely fuelled by rapacious foreign investment in luxury residential developments.

According to David Fisk of Imperial College London: “You cannot have a sustainable city without social cohesion.” But with 80% of the predicted 230 towers allocated for residential use and, according to the NLA’s study, the vast majority of this luxury, what impact will this have on London’s social cohesion and thereby its wider sustainability aspirations? And if not in towers, then how else can the densities required to house burgeoning populations in London and elsewhere be met?

This is just one of several issues that will colour any investigation of whether tall building can ever be a sustainable building response. Arguments for and against are presented here. 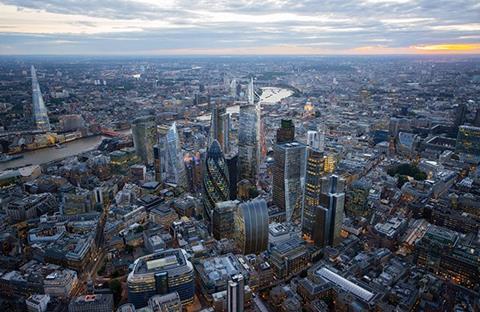 Statistically, it is quite simply a myth that high-rise means high density. Manhattan, with its iconic canyons of skyscrapers, has a density ratio of about 27,000 people per km² making it by far New York’s densest borough. Yet the centres of Paris and Barcelona, with their tight, compact grids of mid-rise apartment blocks and a complete absence of high-rises, generally offer density ratios of 26,000/km² and up to 36,000/km² respectively. It is difficult therefore to cite growing population as a justification for skyscrapers.

There are also social concerns. “Sustainable for whom?” is a question provocatively presented by Lynne Sullivan of environmental design studio Sustainable By Design. She cites the increasing proliferation of towers across London as symbols of a corrosive social schism. “These towers are often privatised vertical cities that essentially operate as safety deposit boxes for foreign investment. Towers can’t replicate the vibrancy of public realm or the liveability of streets. They have more negatives than positives and there are better density models.”

But arguably the most damning arguments against the sustainability credentials of towers are not social or demographic but environmental. Various studies, including those by building physics consultancy Inkling, have identified a long list of detrimental environmental effects caused by tall buildings. The proliferation of glass often found in skyscrapers as well as the high concentration of inhabitants ensures that towers often harbour incredibly high heating loads which inevitably make them highly susceptible to overheating. 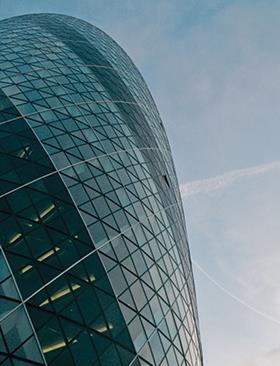 Tall buildings also provoke notoriously accelerated wind speeds, particularly at their bases which subsequently suffer from a volatile microclimate. Not only do these wind speeds make natural cross-ventilation within the building difficult, but they largely prohibit the use of open balconies at high levels, another aspect which many cite as evidence of tall buildings’ innate incompatibility with the residential typology.

The negative environmental impact of high-rises can also be said to extend beyond the building’s boundary line. Clusters of towers can create dark alleys where concentrations of stagnant air and pollution can be found. They also increase the urban heat island effect which is a particularly damaging environmental consequence in warmer climates.

Moreover, towers can cast greater portions of the street level in shadow, resulting in a loss of daylight and solar gain for surrounding properties. This in turn can lead to a greater reliance on artificial light for affected properties, again necessitating the use of more carbon energy. Towers can also discourage the use of renewable sources in urban contexts, blocking sunlight for solar panels and once again forcing greater reliance on carbon energy.

Simon Sturgis of carbon profilers Sturgis Associates is unequivocal in his identification of the innate inefficiencies of tall buildings. “The higher you go, the more inefficient the building becomes in terms of the net area measured against carbon emissions from operation, construction and maintenance,” says Sturgis.
“Also, the life expectancy of glazed cladding systems is only 40 to 50 years before replacement is required.”

But Sturgis offers key suggestions as to what might make tall buildings more efficient and therefore more sustainable. “They should have much greater resilience and last long enough to justify their huge cost. Materials should also be fully recyclable and towers should have to provide detailed whole-life carbon analyses and operate within an embodied carbon threshold.”

There are some who have enthusiastically taken up the gauntlet thrown down by Sturgis in their committed bid to rid towers of their stigma of unsustainability. The Gherkin’s double-skin facade and its swerving internal atrium “chimneys” helped render the building a pioneer of environmental high-rise design for its time.

The nearby Shard also has a volley of sustainability features which have enabled it to use 30% less energy than a conventionally designed skyscraper of the same height. This includes a CHP unit, a ventilated triple-skin facade, low-ion glazing with low emissivity coating and an integrated energy system that maximises energy efficiency and by balancing energy demand in accordance with where it is needed at various times of the day.

Equally the 632m, 121-storey Shanghai Tower claims to be the world’s first eco-skyscraper and features such as its wind-minimising tapering form and one third of its interior space being allocated to public gardens have earned the building a coveted LEED Gold certification and helped it reduce its carbon footprint by an impressive 34,000 metric tonnes a year in comparison with an equivalent building of the same size.

These three examples offer variations, albeit highly innovative ones, of the conventional glass skyscraper model. But elsewhere, designers are being even more ambitious and are attempting to completely reinvent the entire environmental typology of tall buildings. 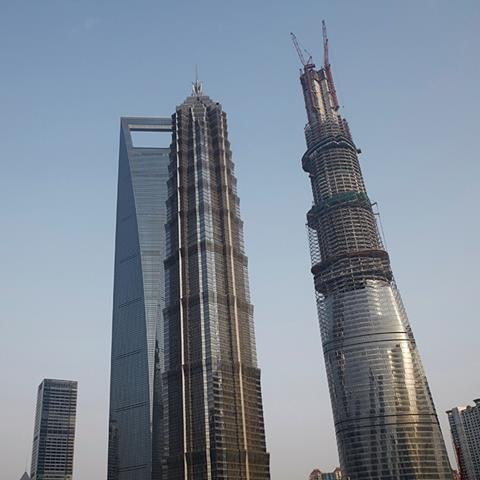 Gensler’s Shanghai Tower, the second tallest tower in the world, claims to be the greenest on the planet

The 20-storey, 80m high RHW.2 tower in Vienna is the world’s first Passivhaus office tower. And even more surprisingly it is clad entirely in glass, the signature skyscraper envelope material synonymous with environmental waste and efficiency.

Three principle measures earn RHW.2 its coveted Passivhaus status and help it to use 80% less heating and cooling energy than an equivalent tower. First it has an extraordinarily well insulated double-skin facade which provides high airtightness and thermal efficiency levels. Second, the floorplate’s slender 18m depth is optimised to allow daylight to penetrate deep into the interior, reducing reliance on artificial lighting.

Tall towers should have much greater resilience and last long enough to justify their huge cost. Materials should be fully recyclable and towers provide whole-life carbon analyses

Finally, the tower is fitted with highly advanced mechanical systems such as an automatic or manually operated shading system installed within the facade cavity and multiple occupancy and luminosity sensors to regulate energy use accordingly. Other measures include photovoltaics, ecologically certified construction materials, openable inner-skin windows for natural ventilation and a CHP which generates 60% of the tower’s power and 40% of its heating.

Yet there is a further environmental permutation that could potentially see tall buildings enjoying an even greater level of sustainable credibility: the wooden skyscraper. Once the very term would have seemed a hopelessly illogical fantasy but already across the world, major technological advances in the development of engineered timber and fire-resisting cross-laminated timber (CLT) in particular has enabled this tantalising form of sustainable construction to start to be taken seriously.

London already claims to have the world’s tallest timber residential building in the shape of the Stadthaus structure on the Murray Grove housing development, a nine-storey tower block constructed almost entirely from CLT. Canadian architect Michael Green has gone even further. He is working on plans for a series of 30-storey wooden “plyscrapers” in his native Vancouver. Similar projects are under way in places as far afield as Chicago, Christchurch, New Zealand, and China.

As Green powerfully argues in his manifesto, The Case for Tall Wood Buildings, the growth of timber high-rises could revolutionise the carbon credentials of tall buildings. “If we built a 20-storey building out of cement and concrete, the process would result in the manufacturing of that cement and 1,200 tonnes of carbon dioxide. If we did it in wood, we’d sequester about 3,100 tonnes, for a net difference of 4,300 tonnes. That’s the equivalent of about 900 cars removed from the road in one year.” 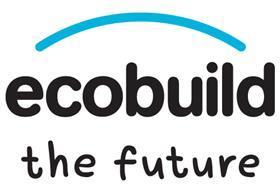 The topic of tall towers will be discussed at the Ecobuild event in the BD Debate “Tall towers - the most sustainable way to accommodate a burgeoning population?” on Tuesday 3 March, 15:00- 16:00.

For more programme information and to register go to www.ecobuild.co.uk.