Chancellor expected to back cross-party commission to find consensus 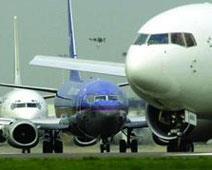 Chancellor George Osborne has said the government should “examine all the options” for expanding airport capacity in the south east, including Heathrow.

Both coalition government parties ruled out a third runway at Heathrow in their manifestos at the last election.

Consequently the government’s recent consultation on airports, which resulted in an airport strategy being published in July, did not examine the possibility of a third runway at Heathrow.

But since then there has been continued pressure on the government to reverse its position. Most recently this came from Conservative chair of the House of Commons’ Energy and Climate Change Committee, Tim Yeo, who urged the Prime Minister to find a “sense of mission” and back the third runway plan.

“Let’s examine all the options, let’s do it now, let’s make sure we can try and create a political consensus, we do need to deal with the fact that there is opposition across communities to particular airport developments, that’s perfectly understandable.”

The chancellor is expected to set up a commission to build cross party support for more airport capacity in the south east.

He pointed out that his own constituency covered part of Manchester airport so he was familiar with local concerns. But he said local concerns needed to be overcome “as a nation” so a decision on where additional runways should be built could be reached.