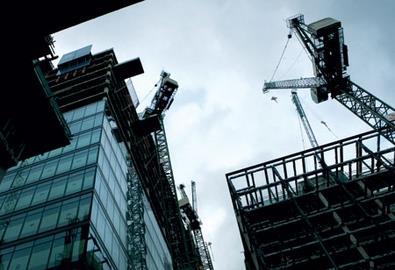 Davis Langdon’s tender price index shows that building price inflation in Greater London accelerated in the second half of 2006.

Prices in the fourth quarter jumped by 2%, 6% over the year. Prices are expected to rise by 5-6% in the next year.

The building cost index has risen 5.9% in the year to the fourth quarter of 2006. Last year, materials prices inflation (10%) drove the index at a faster rate than labour costs (3.6%). Next year, labour costs will be higher and materials cost inflation will come down.

The retail prices index rose to 4.4% in December, the highest level since 1991. The consumer prices index hit 3.0%, the highest figure since 1992. January is likely to show a further rise, which the governor of the Bank of England will have to explain to the chancellor.

In balance, the continued influx of workers from eastern Europe improved labour availability and held wages in check. The increased workload enabled contractors to improve margins by concentrating on jobs and procurement routes that suited them.

The latest activity barometer by Ernst & Young and the Construction Products Association anticipates that industry growth will gather momentum this year.

The Chartered Institute of Purchasing and Supply reported accelerated growth in December across all sectors. The latest RICS construction market survey reports that workload had its largest rise in more than two years, coupled with a sharp increase in confidence in the future.

However, the Federation of Master Builders’ latest state-of-trade survey was less optimistic. Its members are smaller builders so this may reflect the differing conditions between the top and bottom ends of the market. Packaging work into large parcels has reduced the number of contractors able to bid. Similarly, framework agreements are often geared towards larger companies. While there are many opportunities for large contractors, the smaller end of the market remains more competitive.

The medium-to-large end of the market faces similar conditions around the country. Contractors are able to turn down opportunities that do not offer sufficient chance of success or margin. Only negotiated contracts or two-stage strategies are attracting interest.

The reluctance to shoulder risk is reflected in contractors’ refusal to offer firm prices for items such as reinforcement and metals.

The north of England has been busy – prices are little different from London. Scotland has also been gearing up. The value of output last year was 40% higher than in 2003 (compared to 25% in England as a whole). Projects now regularly experience contractors declining to tender, being more selective and asking for extra time. Contractors are unwilling to take unattractive procurement routes. It is difficult to attract interest in single-stage design-and-build projects with contractors more interested in two-stage design-and-build or traditional routes.

The outlook for tender prices is not favourable for clients. Over the next year, the rate of increase in materials prices should slow, though the start of 2007 will see price rises as energy costs are passed on. A continued increase in imported labour from the enlarged EU will keep a cap on site wage increases, but buoyant market conditions will enable input cost rises to be passed on and provide opportunities for higher margins. Clients must select contractors and subcontractors carefully to get the best deal.

With input costs a little lower in 2007, the increase in tender prices in Greater London is likely to be 5-6% over the next 12 months, with the risk of higher increases on projects attracting the least interest or competition. Over the next year, Olympics construction will increase the volume of work and prices may well rise by 6 to 7%. See table overleaf for forecast inflation in other regions.

Construction output rose throughout last year, recovering from a dip in 2005. New work output in the first three quarters was worth almost 4% more than in 2005 and fourth-quarter data is likely to increase this figure. Construction recovered more quickly than most had predicted. The volume of new-build activity last year was 20% up on 1990 – reflecting 12 years of solid growth, excepting 2005.

The improvement came from a surge in private commercial work, where the largest increase was in education. As a whole, the education sector grew by more than £1bn last year. Although nearly 70% remains publicly funded, four-fifths of the increase used some private finance.

The commercial sector is likely to have increased by more than 10% last year or by more than £2bn at current prices. The resurgence in office building came a close second to the increased spend on schools and universities, led by the recovery in London and the South-east. Figures from CB Richard Ellis show that prime rents in London rose by 22% last year with rents in the West End nudging £100 a square foot. Vacancy rates fell to 4.3%, encouraging developers to progress pre-let and speculative schemes.

The cost of construction materials rose at an almost unprecedented rate in 2006.

At the beginning of the year, manufacturers were faced with large increases in oil prices and energy costs, which were largely passed on as the year progressed. Spring brought huge increases in metal costs on world markets, generating price hikes in any component containing aluminium, copper, lead or zinc. Steel prices, which during 2005 had recovered from the surge of 2004, once again began to move up and 2006 brought price rises throughout the year, surpassing the peak at the end of 2004.

During the first 11 months of 2006, DTI figures show that the price of construction materials rose by nearly 10%, led by copper pipes, which rose by 40%. After peaking in May, copper prices declined by nearly 30% by the end of the year, enabling the price of pipework to drift downwards from September. Other copper component products also rose markedly during the year, mostly affecting mechanical and electrical goods. Electrical cables rose by more than 40%.

Corus introduced four price increases for structural sections during the year, totalling £120 a tonne. DTI figures show that fabricated structural steel prices rose by 20% during the year to November and tender prices for erected steelwork have generally followed suit.

Reinforcement prices in 2006 rose even faster. Material prices rose 34% to November and tendered rates commonly exceeded £1000 per tonne by the end of the year.

Experian forecasts growth of 4.1% for new-build in 2007, worth £2.6bn at 2006 prices, led by the commercial sector. New orders for housebuilding have shown the biggest increase but, with PFI/PPP under fire and NHS budget problems, the outlook for health spending is less rosy.

In the office sector, new orders over the past 12 months were worth over £1bn more than the preceding period. In the latest six months, orders were worth £3.1bn – 25% up on the first half of 2006. The amount of office space in the pipeline for London is huge. In the City, Drivers Jonas has reported a potential 9 million ft2 that could be brought to the market over the next five years. It estimates that half will start in the next 12-18 months. Regional office markets also remain strong.

Significant growth can be expected in the education sector this year. Spending on education buildings multiplied by five between 1999 and 2006. The Building Schools for the Future initiative is behind schedule but a few local authorities now have preferred bidders, which should enable progress in 2007.

In January, prices of sand, aggregates, ready-mixed concrete and asphalt rose, but oil prices fell. At the end of 2006, gas prices were 30% lower than in December 2005.

Corus announced a rise for structural sections of £30/tonne from 1 January, but many believe steel prices in Europe will soften in the first half of 2007. Copper prices have been in retreat since October 2006, dropping 25% by mid-January. Other metals have not followed suit – in mid-January, aluminium prices were 9% higher than the 2006 average – but supply is expected to exceed demand this year, leading to a softening of prices.

Wage awards in 2007 will be slightly higher than 2006. Basic rates for builders will rise 4.3%, compared to 3.5% last year. Electricians received 5% from 8 January, compared to 4.5% last year. Wage rises for plumbers and heating and ventilating operatives are 3.5%, as in 2006. Rates will be set by workload and labour availability.

The top and bottom ends of the London market are polarising, with large projects being hit by inflationary pressures and smaller projects keeping a competitive edge

The figures and commentary above relate to projects of average size and complexity. The last market forecast (27 October) highlighted rising activity in London and the indications that players at the top of the market were beginning to achieve a secure workload.

It is now apparent that the market in London and other
busy areas is polarising. Larger projects are suffering from greater inflation pressures than those discussed above, while smaller schemes may have retained a more competitive edge.

Although not a new phenomenon, selectiveness by contractors has become more evident on complex projects or those with higher risks. These face difficulties in attracting a spread of tenders and end up being secured at a premium price. This trend has developed against a backdrop of continuing competition for smaller work.

Because of this difficulty, clients are packaging work to make jobs more attractive.

Two-stage tenders have increasingly become contractors’ preferred approach for complex projects and some projects cannot be let by any other means.

Materials cost rises have also had a severe impact on large schemes, with increases for concrete, steel and reinforcement.

Frame costs for major projects, for which only a small number of contractors can bid, have risen by 20% in the past 15 months. Curtain walling and M&E installations have been similarly affected by inflation in raw material prices and full order books for specialist contractors able to handle large projects.

The availability of design and management resources is also encouraging contractors and subcontractors to be more choosy. The greatest constraint on the capacity of a major curtain wall specialist is its design office.

A complex scheme with limited repetition will require a disproportionate use of design resources. Large schemes with some repetition are therefore more attractive to bidders. Other trades requiring major design input, such as structures and services, face similar decisions.

The consolidation of the contracting market for major projects in London has coincided with a number of other factors that have led to a hardening of negotiating positions and prices:

As part of the trend towards negotiated two-stage procurement, main contractors are lining up specific projects for their preferred first-tier contractors. This has the effect of securing a portion of turnover before the procurement process. There are benefits to this approach, but also the downside of reduced competitive pressure.

The mid-scale market (new builds below £50m) appears to be less affected by these trends. A wider range of contractors is being attracted into the central London market and there is still some diversity in the first-tier supply chain at this range.

Across the UK, while competitive proposals are being secured for major projects, the same national contractors and subcontractors are expected to bid and the shortlists of interested contractors are getting shorter.