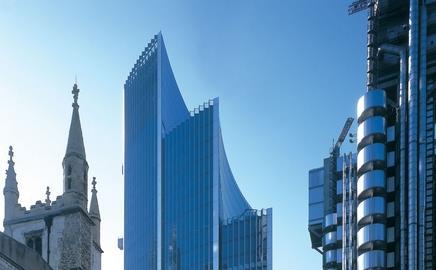 The industry is booming, and with Olympics projects, retail work and office developments in the pipeline, there’s further growth in store

This index rose 5.7% over the year to the first quarter of 2007, lower than first quarters of the past two years. Materials prices rose 9.5% but the cost of labour went up just 3.6%. Next year, the index is forecast to rise 4.6%, with a wage award due in the summer.

This index rose to 4.8% in March, after 15 months of almost continuous growth. The consumer prices index, the government’s target measure, hit 3.1%, requiring the Governor of the Bank of England to write a letter of explanation to the chancellor.

At 3.1%, consumer prices are at their highest since 1992 but tender prices have exceeded this figure every year for the past decade. This correlates with the growth of construction in Britain, which, apart from 2005, has risen every year since 1994.

The global economy is strong. The UK’s GDP growth is ahead of the chancellor’s prediction and in mid-April the stock market rose to its highest level in six-and-a-half years. Business investment rose 11% last year and is forecast to rise 7% this year. With development funding freely available, the outlook is strong.

Conditions around the country are becoming similar. In almost every region it is becoming common for contractors to decline complex work as there are plenty of straightforward, low-risk opportunities around. Extra tendering time is frequently requested and there is more chance of attracting interest with a two-stage rather than a single-stage procurement route. There is reluctance to tender because of time and cost, so projects are being negotiated instead.

The commercial sector is set to dominate in the next two or three years. London offices (see below) are the stars but the office market in the rest of the UK is also healthy. The Construction Products Association forecasts commercial new-build output to increase 10% this year and the next, and 6% in 2009. By 2010 the sector will be 45% larger than 2005.

The commercial sector includes retail, which picked up last year after a quiet period. Education work should continue to provide activity throughout the country as rebuilding and refurbishment of secondary and primary schools continues. The Olympics programme will start in earnest next year, providing a further boost.

Overall, new-build work is forecast to rise about 4% this year and 3-4% next. After last year’s 5% increase this is sure to lead to further inflation. Last year, construction prices had to absorb a 10% increase in materials prices. This year started with more price rises, particularly in steel. Copper and other metals prices are climbing again owing to demand from China, as is oil. On the positive side, gas and electricity prices have fallen, easing worries about input costs. It is hoped materials price inflation in 2007 will not reach 10% but it looks likely the year will end with inflation considerably higher than the low figures of the last decade.

On the labour side, site rate increases have been restrained by the availability of eastern European workers. This situation may have peaked, as other European economies are improving and wages are increasing, so workers are being lured back home or to other countries.

In the year ahead, construction price inflation in London may run ahead of previous forecasts as contractors ensure they are fully recovering all costs, overheads and risks, and look to increase profit margins. Over the next 12 months, tender prices are forecast to rise by between 6% and 8%, depending on the risk of the scheme. Over the following year, activity levels will be just as high, and with uncertainty surrounding labour and materials costs, it may be prudent to budget for a similar increase. Outside London, input cost pressures may be similar but work volume and activity growth rates may be less marked, generating less inflation.

Nearly 6 million square feet of offices are to be completed in London this year, in response to ever-increasing demand In 2006, London had the biggest rise in new-build construction activity in Britain. The industry’s new work increased 18%, £1.5bn more than 2005.

Of the increase, 40% came from the private commercial sector, particularly offices. New orders for London offices last year increased 46% from the previous year and this growth has been maintained in 2007.

This is in response to demand for space as London’s services sector grows. The amount of available office space in central London has been declining since 2003 and rents have been rising since 2004. Figures from Savills Research show Grade A rents rose 23% in the City and 39% in the West End last year.

In the West End, capital values increased by more than 30%. Record levels of investment have been pouring into London offices: Savills’ figures show that investment in the City office market last year, at £10.7bn, was more than two-and-a-half times higher than in 2002. The balance of supply and demand suggests rental growth is likely to be maintained until 2010.

The surge in office building activity has put pressure on contractors and subcontractors and resulted in price increases for developers and building clients. The conditions affecting the top end (greater than £100m) of this market were examined in the last Market Forecast (2 February 2007) but pressures on resources trickle all the way down. All construction work was last year hit by very high materials cost inflation but London office developments may have suffered more than most. The frame for a London office development typically accounts for 15% of a shell-and-core cost. Steel and concrete frames have suffered above-average inflation.

The typical London office has a curtain wall facade. This element, too, has suffered higher than average inflation in the past year. At the top end of the market, bespoke unitised curtain walling was hit by the demise of Schmidlin last spring, curtailing competition in this sector. Curtain wallers have since had to cope with steep increases in raw material prices, notably in steel and glass.

M&E services account for about 30% of costs. M&E prices have risen faster than past trends and prices rose 6-7% last year.

Before last year, inflation for fitting out was lower than normal for superstructure elements. But last year, items such as raised floors and suspended ceilings increased sharply. Standard medium-grade access floors cost a minimum of £24-28/m2 for large areas, which is an increase of 15% from the last year. Similarly, steel suspended ceilings can cost as much as £95/m2 compared with £60-70/m2 a year or so ago.

London, like other areas, has had significant increases in preliminaries allowances, in part owing to the health and safety and insurance obligations imposed on contractors, but also as a result of the higher wages required to retain good site management staff. The new CDM regulations may result in further increases. The price of trade preliminaries has also increased. Concrete packages, for instance, may include preliminaries valued at up to 30% in their tenders. The buoyant market has enabled contractors to obtain a higher level of profit and overheads.

Although a lot of new space will come to the market in 2007, it is to be hoped that this will not presage an explosion in growth such as in 1990/91, which was followed by a collapse. The development pipeline appears more gradual, with pre-letting still a frequent prerequisite.

Rising construction prices may also provide a check on development, and developers may be forced to tailor the size and phasing of schemes to match the capacity of suppliers.

Nearly 6 million square feet of offices will be completed in central London this year, double that of last year. The amount of space being developed may begin to tail off after 2008 as demand and availability come closer into line but the development pipeline remains strong. Land Securities, for instance, which is currently the top ranking property developer in the league table of highest spending building clients, has a £1.6bn development pipeline over the next five years.

Paul Allen, Davis Langdon’s sector head for central London offices, said: “The key question is judging at what points the opportunities coming through will stretch the capacity of the contracting industry to breaking point.”

Frame costs have risen significantly this year. Steel prices rose through 2006 and Corus have introduced two price increases for structural sections already this year. Five increases in the past 12 months have put about £170 per tonne on steel or 20-25%. Concrete frames have gained little advantage as reinforcement prices have risen.

There have been monthly increases since the beginning of this year. Since February 2006, prices have risen more than £200 a tonne, an increase of about 60% on the raw material. This has led to some projects pre-buying reinforcement at current rates, though this has put further pressure on existing supplies. However, some commentators believe the market may have peaked – scrap prices have stopped increasing, but with demand strong, the price is likely to remain high. The upward pressure on other steel products may have eased but with increases in iron ore costs, the long term trend is still likely to be up.

The price of stainless steel has risen, owing to the rise of steel prices and the shortage of nickel. Prices were in decline at the end of 2005 and start of 2006 but went into overdrive from March, rising almost monthly to gain 65% 12 months later. The main driver was the price of nickel which, since the beginning of 2006, has risen three-and-a-half times. Alloy surcharges have risen every month over the past year and this May, rose almost £400 a tonne, the highest figure of the year, in response to nickel prices rising above £25,000 a tonne. Although nickel stocks remain low, analysts are beginning to call the top price for stainless steel. Extra production is anticipated and the high prices have forced product substitution, reducing demand. Some stainless steel prices have started to fall.

For years glass prices were stable but the past 6 months of 2006 saw a 40-45% jump in float glass, adding 3-5% to curtain walling and window costs. Further increases and extended delivery periods owing to shortage of supply are predicted for 2007. Five float lines will be out of production in Europe in 2007, affecting supply, cost and delivery. The predicted glass price increases may mean curtain wall and window costs rise by 5-10%.

A principal component behind rising M&E tenders has been soaring copper prices, which affected cables and pipes. Rising steel prices affected ductwork and other equipment prices. Copper prices appeared to return to normal conditions between October last year and February, with a decline of 25%, but since then prices have rebounded and are not far off last May’s record level of about £4,000 a tonne.

The north of the UK has benefited from the most consistent growth in workload over the past four years and is operating at historically high levels of performance. After steady levels of activity in 2004 and 2005, output in the North-east increases 18% last year, a percentage increase matched only by London, with significant increases in commercial and industrial work. The value of new orders reduced, leading to an easing of pressure this year. Orders also increased in Yorkshire and Humberside.

With high levels of activity, contractors are declining complex work, which is increasing prices. Requests for extensions of time on tender periods are more frequent, especially for design-and-build schemes, evidence of the strain currently on estimating capacities. Elsewhere in the country, there is a lack of appetite for traditional competitive tendering. Contractors are seeking framework deals where they can negotiate workload and costs over known timescales, reducing their cash flow and turnover risks.

In common with other regions, preliminary levels have been rising in response to the greater demands on contractors and are now rarely less than 15%. Although trade shortages have been eased in some areas by the arrival of European migrants, the North continues to suffer from a shortage of bricklayers, plasterers, dry liners and cladders. A lack of skilled mechanical and electrical labour has also led to higher M&E prices.